“Born Again” has released new stills for the upcoming episode!

The KBS 2TV drama tells the story of three people whose lives are intertwined across two lifetimes, one in the 1980s and one in present day, through reincarnation.

In the previous episode, it was revealed that Baek Sang Ah (Lee Seo El), the fiancée of Kim Soo Hyuk (Lee Soo Hyuk), was the real culprit behind the “Gong Ji Cheol copycat crime” who had sent a warning to Chun Jong Bum (Jang Ki Yong). Chun Jong Bum witnessed Baek Sang Ah trying to kill detective Joo In Do (Jang Won Young), and tension is rising over what will happen next.

On May 19, “Born Again” released new stills of Kim Soo Hyuk and Jung Sa Bin (Jin Se Yeon) on a sweet yet fiery date. He brings her to a shooting range in order to teach her how to protect herself. Kim Soo Hyuk focuses on teaching Jung Sa Bin as he demonstrates how to use a gun. He is gentle yet alert as he puts a headset over her ears and fixes her posture. Throughout the learning session, Jin Se Yeon gazes at him with a mixture of excitement and admiration. 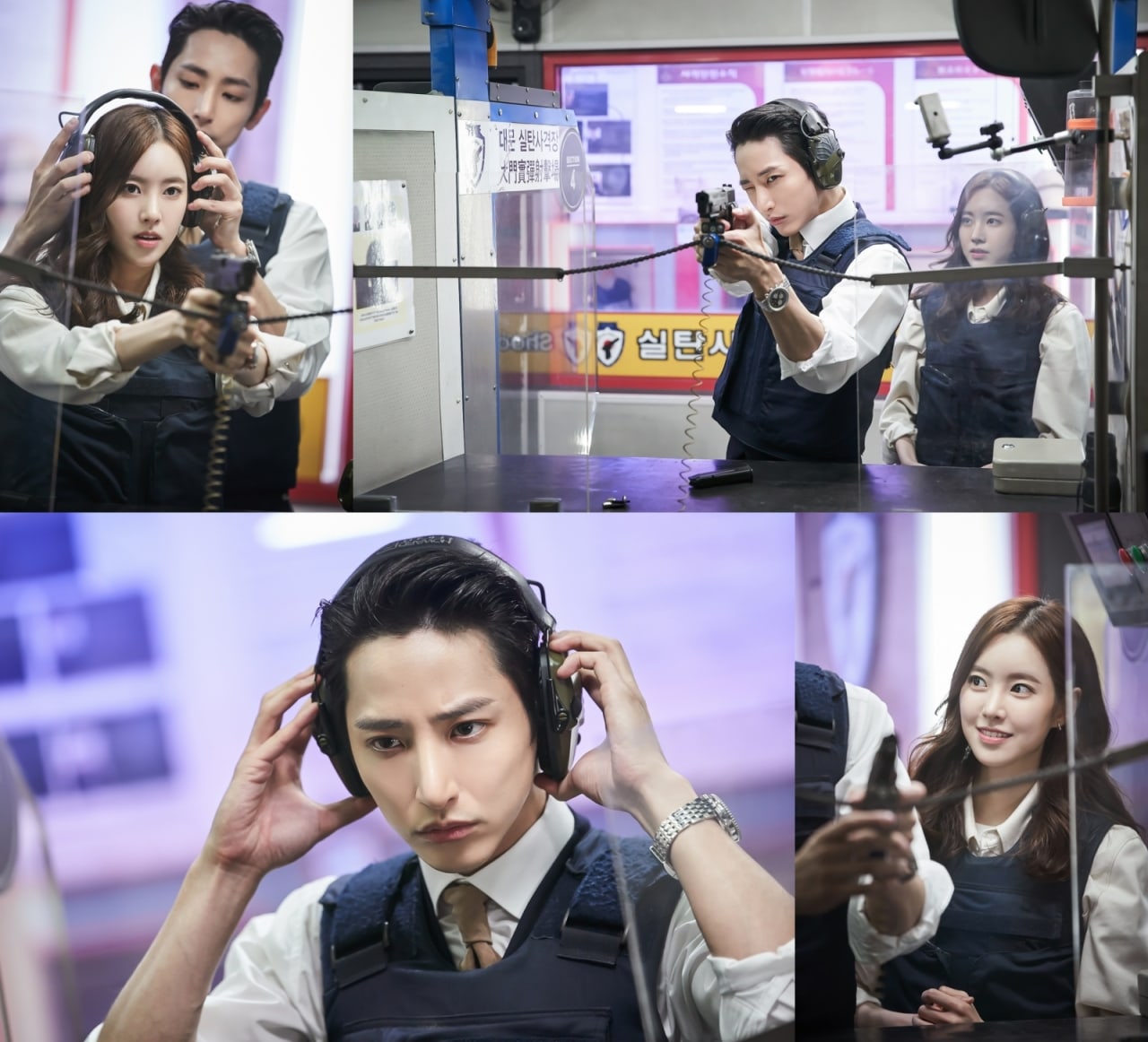 You can catch up on the latest episode of “Born Again” with English subtitles here: