On May 19, the production team of “Backstreet Rookie” released the first stills of Ji Chang Wook as Choi Dae Hyun, an ordinary and innocent convenience store owner who is also indecisive and upright. In the photos, he is wearing a blue vest, which is the convenience store uniform. He greets the customers with disheveled hair and a bright smile. However, when customers aren’t around, he practically passes out with his mouth open, and his exhaustion is emphasized by the dark circles around his eyes. His clumsy charm will draw laughter from the viewers. 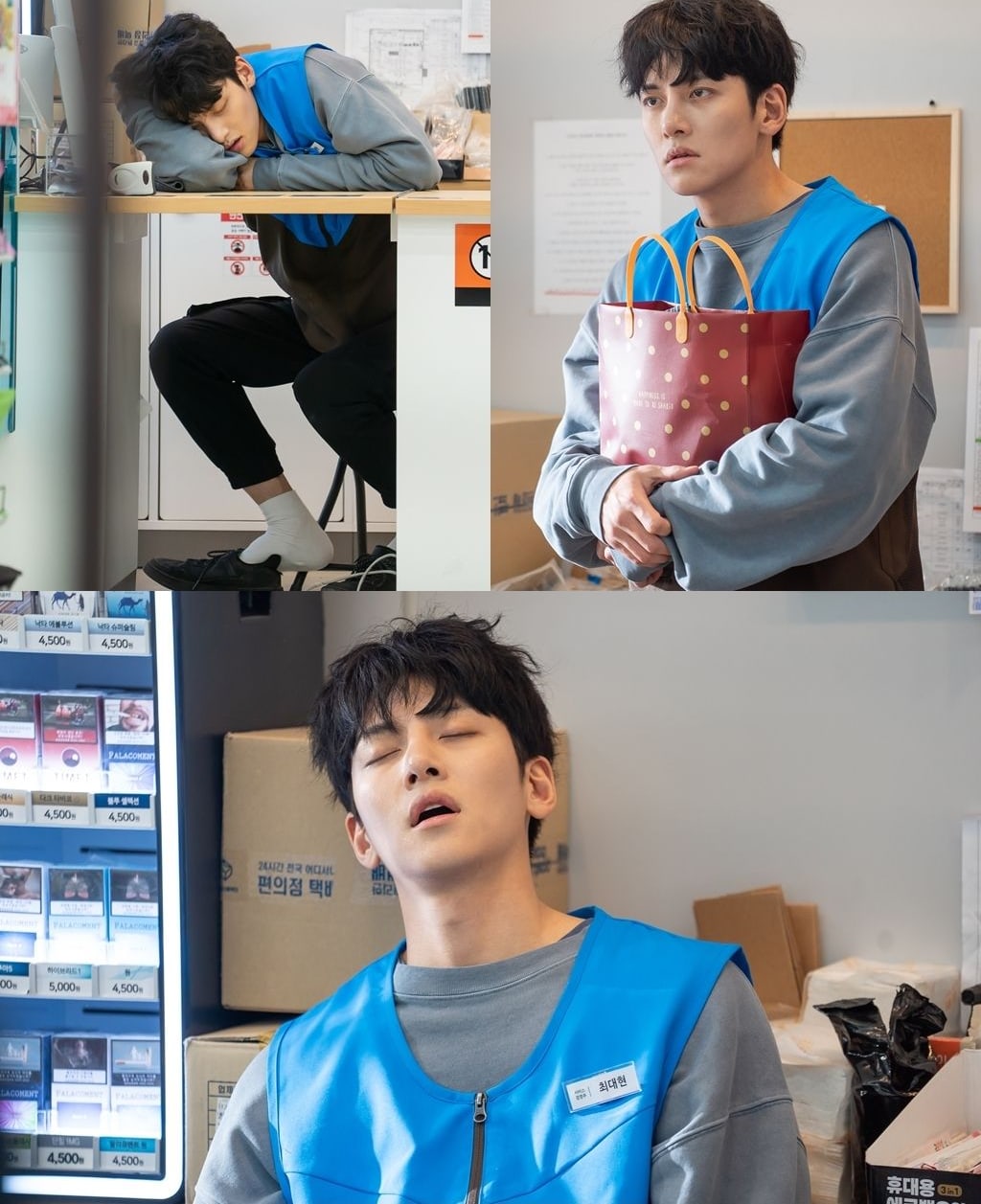 The production team commented, “Ji Chang Wook is an actor with the power to perfectly portray his character with excellent immersion. From the first shoot, Ji Chang Wook displayed passion in order to not miss any details, including Choi Dae Hyun’s speech, facial expressions, and behavior, and he made the character in the script come to life. Please look forward to Choi Dae Hyun’s warm charm and Ji Chang Wook’s transformation that will invite viewers to the world of convenience stores.”