EXO’s Suho seems to be adjusting well to his new life as a soldier!

On May 14, Suho quietly enlisted at the Nonsan Army Training Center in South Chungcheong Province.

On May 19, Nonsan Army Training Center released photos of the recently recruited soldiers on its website. A photo of Suho, who was assigned to the second platoon of the sixth company of the 23rd regiment, was also released.

In the released photo, Suho smiles warmly as he poses in a training uniform next to his fellow soldiers. 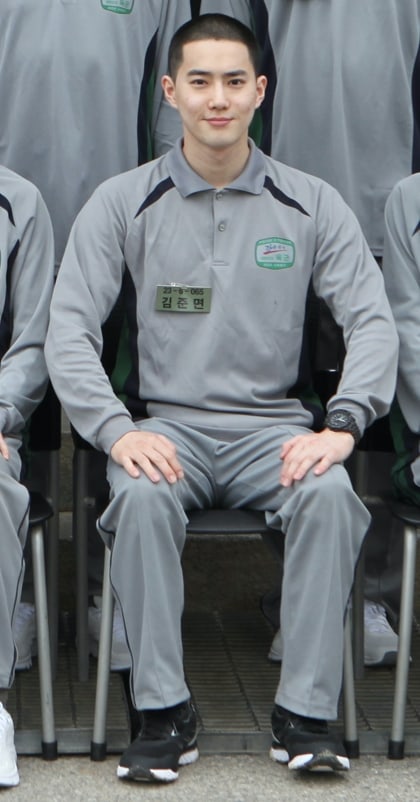 Suho is the third member of EXO to enter the military after Xiumin and D.O. After four weeks of basic training, he will be assigned to work as a public service worker.

If you miss Suho, check out his MV for “Let’s Love” from his first solo mini album “Self-Portrait” here!