Various idols recently teamed up for the latest episode of “Video Star”!

The show is hosted by Kim Sook, Park Na Rae, Park So Hyun, and Sandara Park, who discussed how competitive the idols were in their interviews before filming.

They revealed that Hongseok had said that Song Yu Vin was not much of a talker, adding, “No lie, I’ve been watching him since he appeared on an audition program. Even watching him then, I thought he didn’t talk much.” Song Yu Vin responded, “That was nearly five years ago.”

Regarding Jangjun, Hongseok had said in his interview, “He seemed to enjoy talking. People like that make mistakes while speaking.” Jangjun hilariously expressed disappointment, replying, “When I arrived, I was in the bathroom. He praised me, saying, ‘You’re really tired these days, right?'” 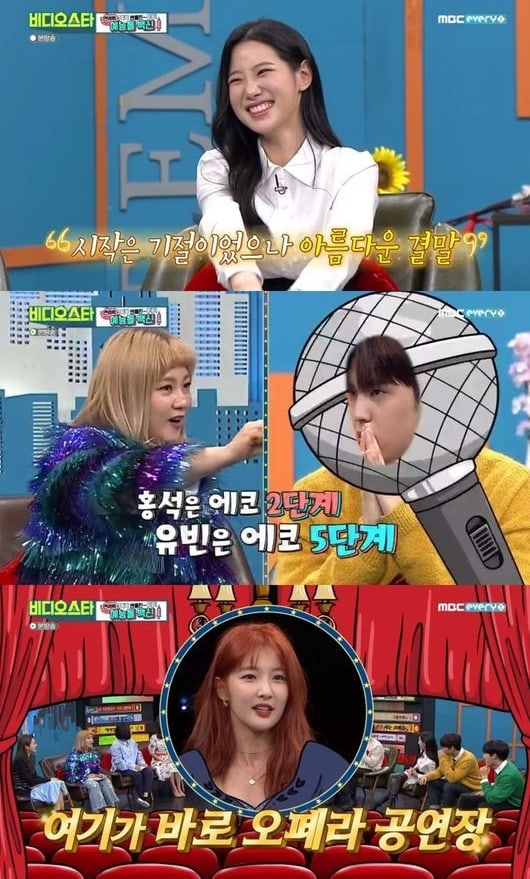 They also revealed the hilarious deal Jangjun had made, stating that if he did well after this broadcast, he would get “Video Star” tattooed on his back. Mijoo further erupted the room into laughter by adding, “If he gets a tattoo, I’ll shave my head and get ‘Video Star’ shaved onto the side.”

While Jangjun continued by suggesting he partake in a nude photoshoot, they settled on the chance to make another appearance on an MBC every1 program and also for the chance to become a host.

Later in the episode, Sandara Park mentioned to Hongseok, “As you love your body so much, you’ve been promoting in clothing completely different from your members.” Hongseok explained, “The concept of the song we recently promoted was crazy sexy. The only person who could pull off the outfit was me. That’s why only my outfit was different.”

To prove it, Hongseok, along with Jangjun, wowed viewers by showing off their impressive abs. 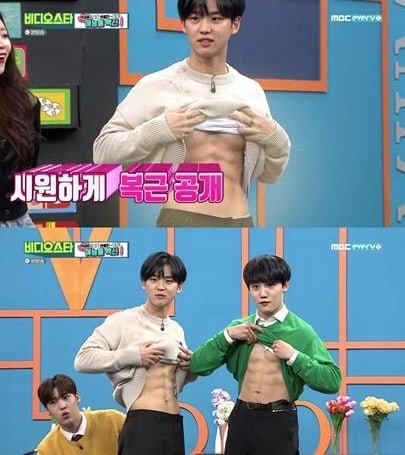 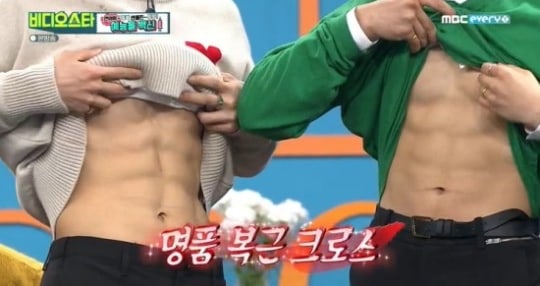 Jangjun, who is well-known for a GIF from “Idol Star Athletics Championships” where he imitated Kwon Sang Woo‘s “hermit crab” drama scene, revealed how to receive the coveted one-shot. He explained, “Everyone warms up in lane one. That’s when you just have to do anything. I did the ‘hermit crab’ scene. I would do hearts and all that. You need to connect with the cameraman.” 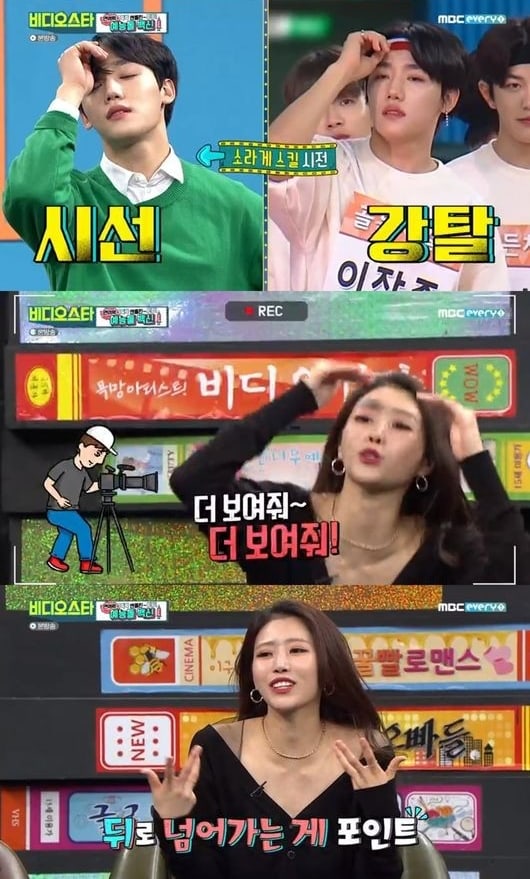 Mijoo hilariously added, “I also make really big reactions. When I do variety shows, I think that I am not in a girl group. For example, if another idol shows off their abs, I dramatically tell them to show more and make really big actions. When I think I’ve been filmed enough, I go stand by a pretty member.”

Song Yu Vin also proved his status as the king of individual talents, showing off his fascinating ability to sing with an echo and impersonate a monkey.

Former 4Minute member Son Ji Hyun spoke about why she changed her name from Nam Ji Hyun. She explained, “My father is still upset. My mom’s last name is Son. There is another actress by the name Nam Ji Hyun. There are times when casting calls come by mistake, and when I go to auditions, I feel like a bother if I introduce myself as 4Minute’s Nam Ji Hyun.”

Park Na Rae additionally spoke about Johyun’s past appearance on “SNL Korea.” The MC shared, “Just four months after debuting, she appeared on just one broadcast but ranked first on real-time search engines. Is it true your father fainted after seeing you on TV?” 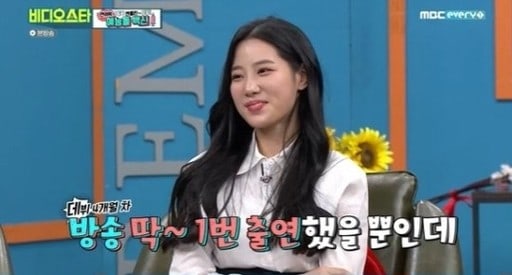 Johyun explained, “I have the type of personality where I have to do the things I want to do, so I made my debut without my father knowing. After seeing a GIF, my father fainted. After, my mother reassured him. I won against my dad. Now, he’s very proud of me and wholeheartedly supports me.”