In a recent interview, Lovelyz’s Sujeong talked about her upcoming solo debut.

The idol debuted in 2014, and after six years, she is finally releasing a solo album, which will have a completely different concept than Lovelyz. Titled “Tiger Eyes,” it will contain songs featuring Sujeong’s distinctive style, and her title track of the same name will be based on pop and EDM elements.

When asked about how she feels about her solo debut, she shared, “I’m so honored and proud to release my first solo song with only my voice. In fact, it still doesn’t feel real that I’m [making a] solo [debut]. I’m half-excited and half-nervous. For the first time, I recorded songs by myself, so it was also physically challenging.”

Sujeong also talked about how her solo concept is different from Lovelyz’s music. She explained, “It is a little different from Lovelyz’s music. I wanted to show that it was possible for my voice to sing this kind of genre. Since I focused on this aspect, I ended up preparing a new type of music. I’ve been doing lovely and sentimental music for six years as Lovelyz, but this time it’s a little more alluring. I have a husky vocal tone, and I added a languid feeling to this strength when recording [the songs].”

She was asked about what she did to prepare for her solo album, and she replied, “I’ve been an idol for six years, but it is my first time as a solo artist, so I prepared together with my agency while listening to their opinions. Actually, I tend to be a coward. I was worried about doing another style than what we did for Lovelyz, but my agency saw the potential, and I was thankful they saw that I could pull off ‘Tiger Eyes.’ When I was a trainee, I practiced a lot with pop music, and this time I prepared pop music for the first time in awhile, so I enjoyed it. In particular, since I’m doing this alone, it feels different when I practice. I thought I should never make a mistake because I have to take responsibility for everything on my own.” 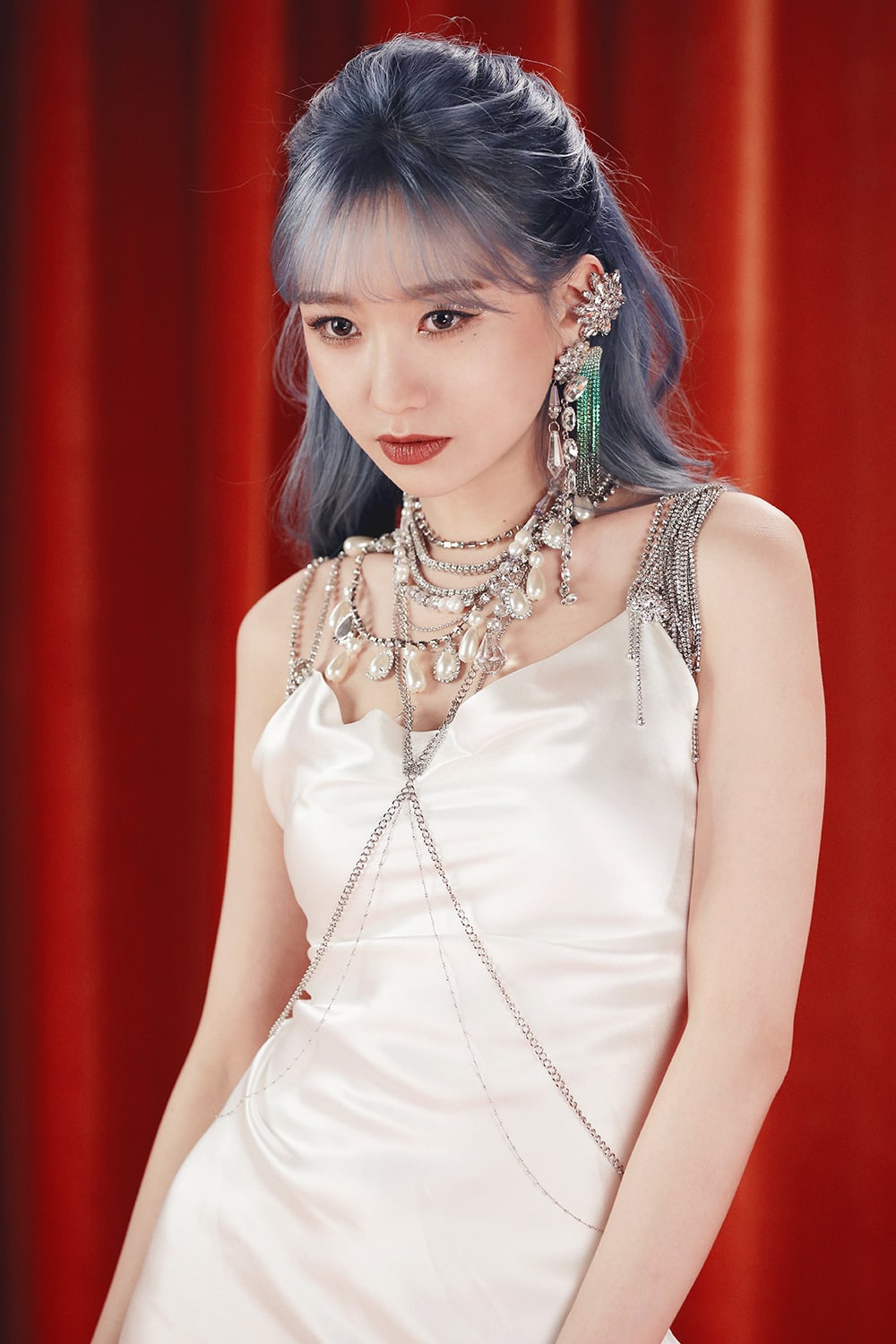 When asked if she inspired by any singers when preparing for this album, Sujeong shared that she watched SHINee’s Taemin. She said, “I prepared a lot while watching Taemin’s performances. Taemin has a decadent look, and he is really good at portraying it without his facial expressions being over-the-top. I thought a lot about wanting to look decadent without overdoing it, so I referred to Taemin while preparing for [this album].”

Then Sujeong shared her strength, saying, “‘Tiger Eyes’ is a song with a performance that stands out. It is filled with [elaborate] performing from beginning to end, and I think it is a great strength that I can express it with my voice. It’s focused on my voice and singing, so I hope you listen to my voice well. ‘Tiger Eyes’ is also charming because of its strong uniqueness, [so] I dyed my hair blue and changed my outward appearance a lot.”

She also talked about the pressure of her solo debut. She commented, “[The concept] is very different [from before]. There was a lot of concern. It was the hardest thing to show what I have never done. Just as people who are not good at acting cute can’t do it, it was hard for me because it’s my first time doing something cool. When with Lovelyz, we smiled broadly or gave a delicate vibe, but this time, I have to show powerful eyes. Actually, I had a hard time because it’s not a facial expression I’m familiar with. I even practiced a strong gaze in the practice room by turning off the lights. I had to break [free from] myself.” 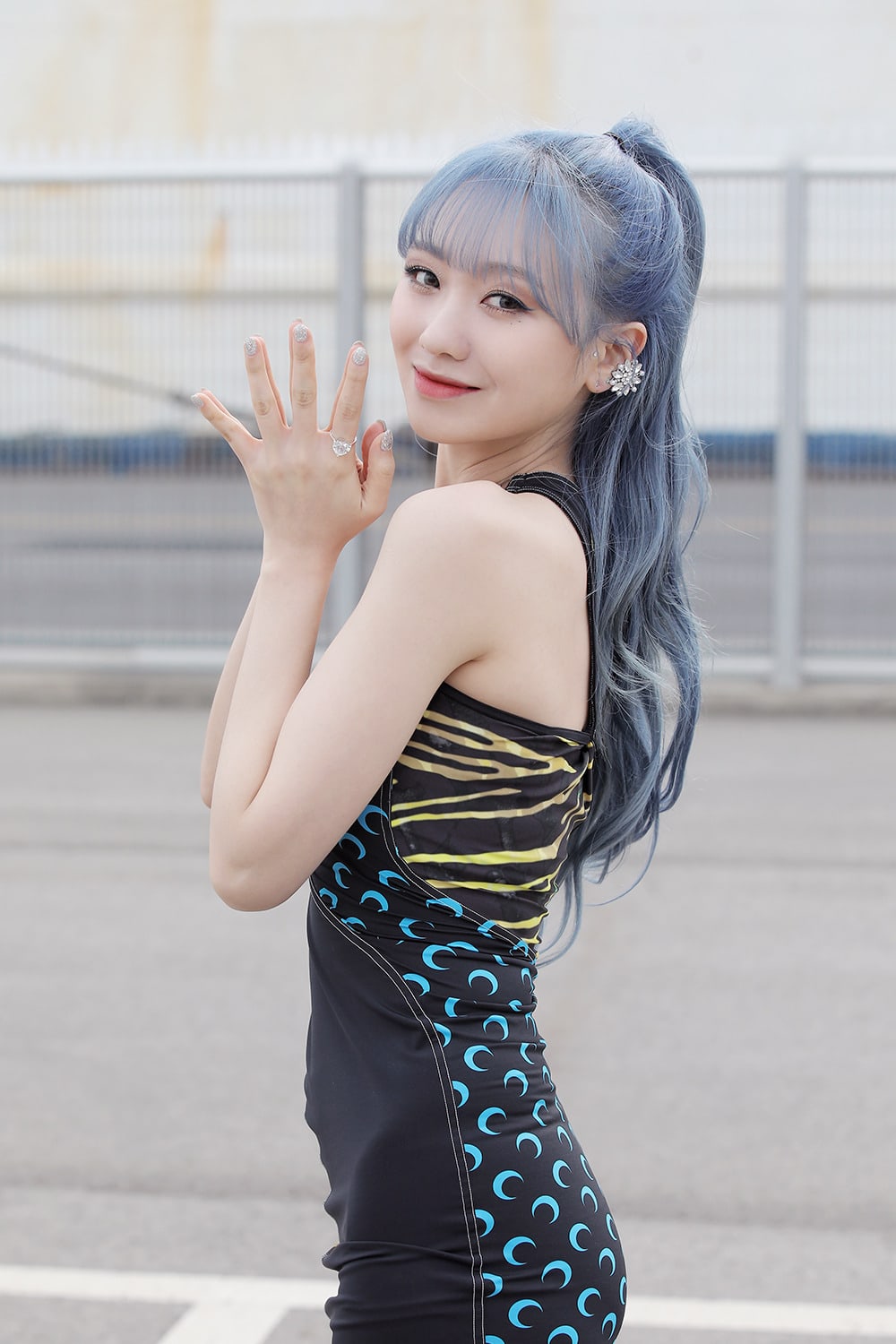 Sujeong shared her thoughts on her self-composed song “ZZ.” She explained, “I made ‘ZZ’ four years ago when I was 20 years old. When not promoting, I was practicing in the practice room when I just grabbed the guitar and wrote songs. Usually, I try to work on a lot of songs when we’re not promoting. Later, I want to release my own album of songs that I composed myself. It’s fun to tell you my story myself. I wrote the lyrics of this self-composed song with my imagination. Since I was young, I liked to imagine, so I imagined a lot of fictional stories, and this song also contains my imagination.

Lastly, the idol talked about her goal for her solo debut, saying, “The biggest goal is to promote my potential and diversity. I hope you become curious about me through this album. Honestly, I don’t have any expectations about being on music charts because it’s my first time [releasing an album]. I lowered my expectations, so I don’t have my hopes up about music charts. My goal is to make [people] look forward to my future.”