This upcoming MBC drama is about the love story of a man and a woman who have grown jaded about romance after experiencing painful heartbreaks. Through their dinner dates, they eventually recover their ability to feel emotion and begin to find love over food.

On May 20, MBC released new stills of Seo Ji Hye, who portrays web channel 2N BOX’s producing director (PD) Woo Do Hee. She’s a whimsical, bright character full of self-confidence and energy, but she suffers from numbness due to two heartbreaks.

In the stills, Seo Ji Hye has completely transformed into a PD. She looks focused on the monitor in front of her and is glued to her phone as a PD whose job is to release exciting content to viewers. She also shows a contrasting image when she’s not at work. Looking sad and calm, Woo Do Hee appears lost in thought and give viewers a glimpse of the pain from her failed relationships. 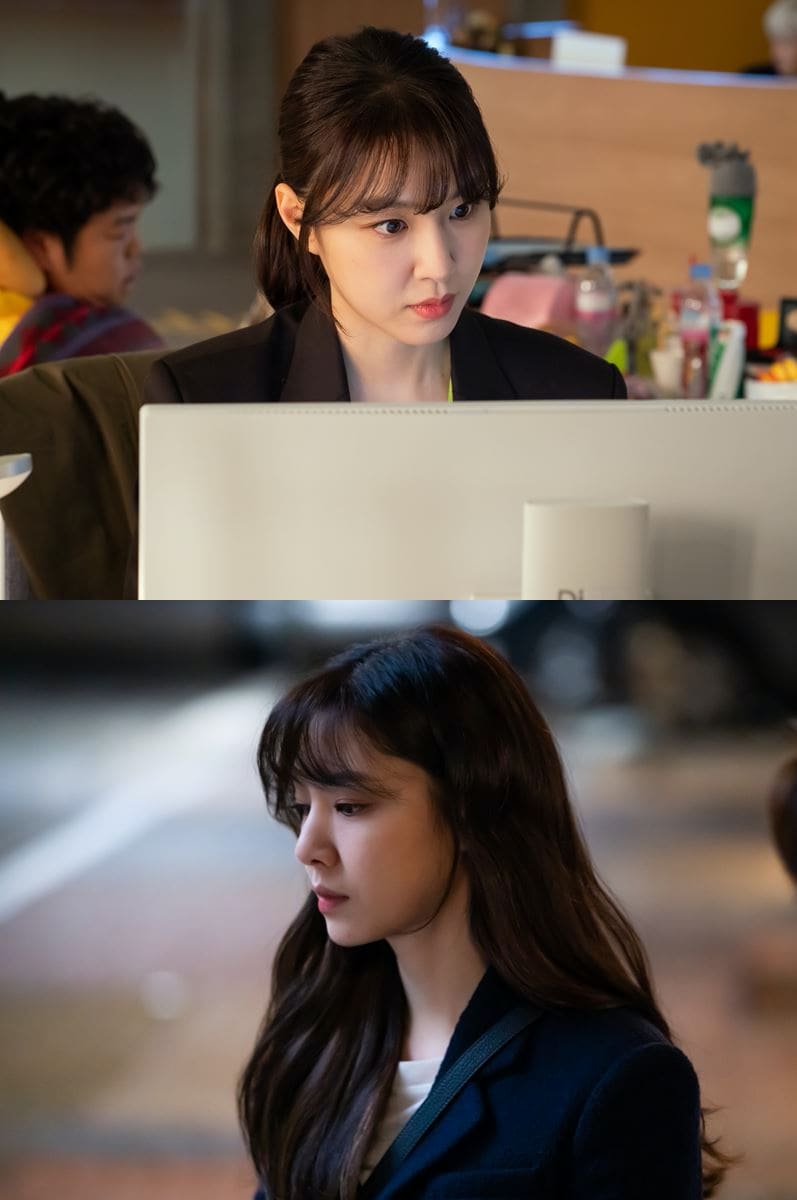 Her onscreen partner Song Seung Heon appears as Kim Hae Kyung, an intelligent psychiatrist and food psychologist who analyzes people by watching them eat. Outside of work, however, he has a contrasting cold personality.

In the photos, the actor looks dashing in a suit and smiles for the camera. He looks intently at the monitor while filming, and he reportedly created a friendly atmosphere by communicating with the staff on set.