The drama follows three people whose lives are intertwined across two lifetimes, one in the 1980s and one in present day, through reincarnation.

Previously, Chun Jong Bum (Jang Ki Yong) had been on his way to save Jung Sa Bin (Jin Se Yeon) who was caught in the midst of Baek Sang Ah’s (Lee Seo El‘s) conspiracy. However, Kim Soo Hyuk (Lee Soo Hyuk) mistook him as the murderer and mistakenly shot him.

The episode left viewers worried about whether or not Chun Jong Bum would survive, but the newly released stills show Chun Jong Bum alive and well. However, his hair is darker and his eyes appear blank, making viewers wonder what could have happened to him and how he could have survived the gunshot wound.

In one set of stills, Chun Jong Bum looks at Jung Sa Bin with an unreadable expression, and he looks on as she inspects the remains of a skeleton in another photo. 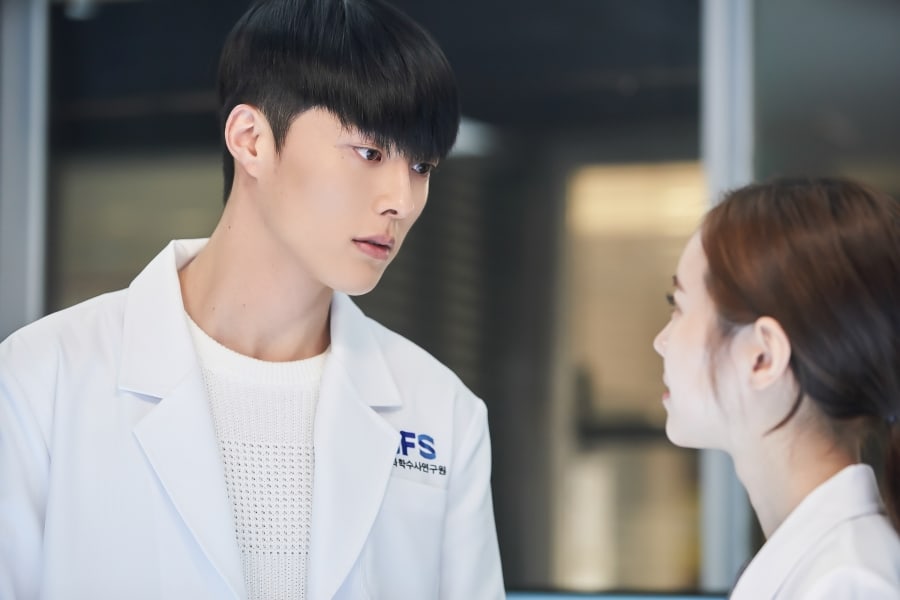 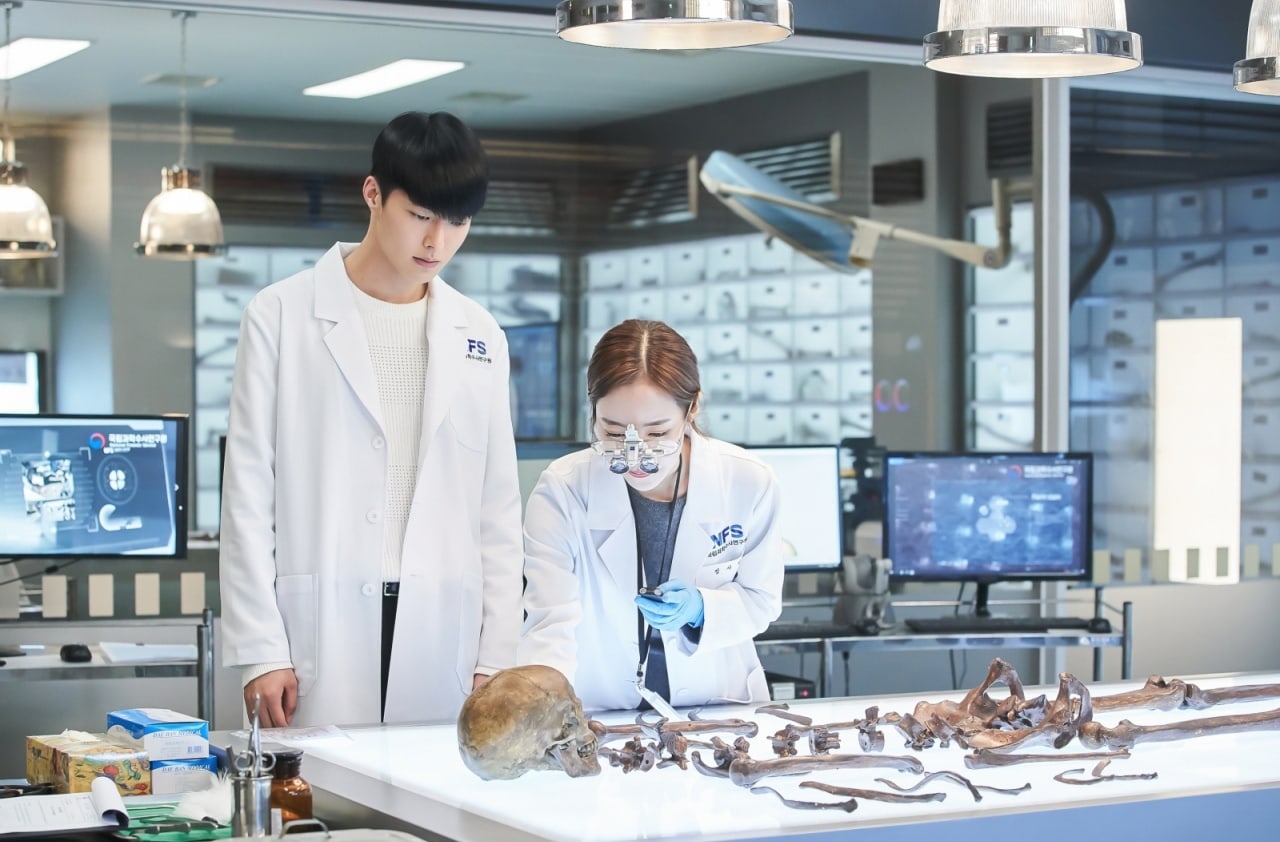 Another set of stills shows Chun Jong Bum deep in conversation with Baek Sang Ah’s mother Jang Hye Mi (Kim Jung Nan). He pierces Jang Hye Mi with a frosty gaze, but she appears calm as she stares coolly back at him. The next episode will pull back the curtain to reveal more of the truth surrounding the characters. 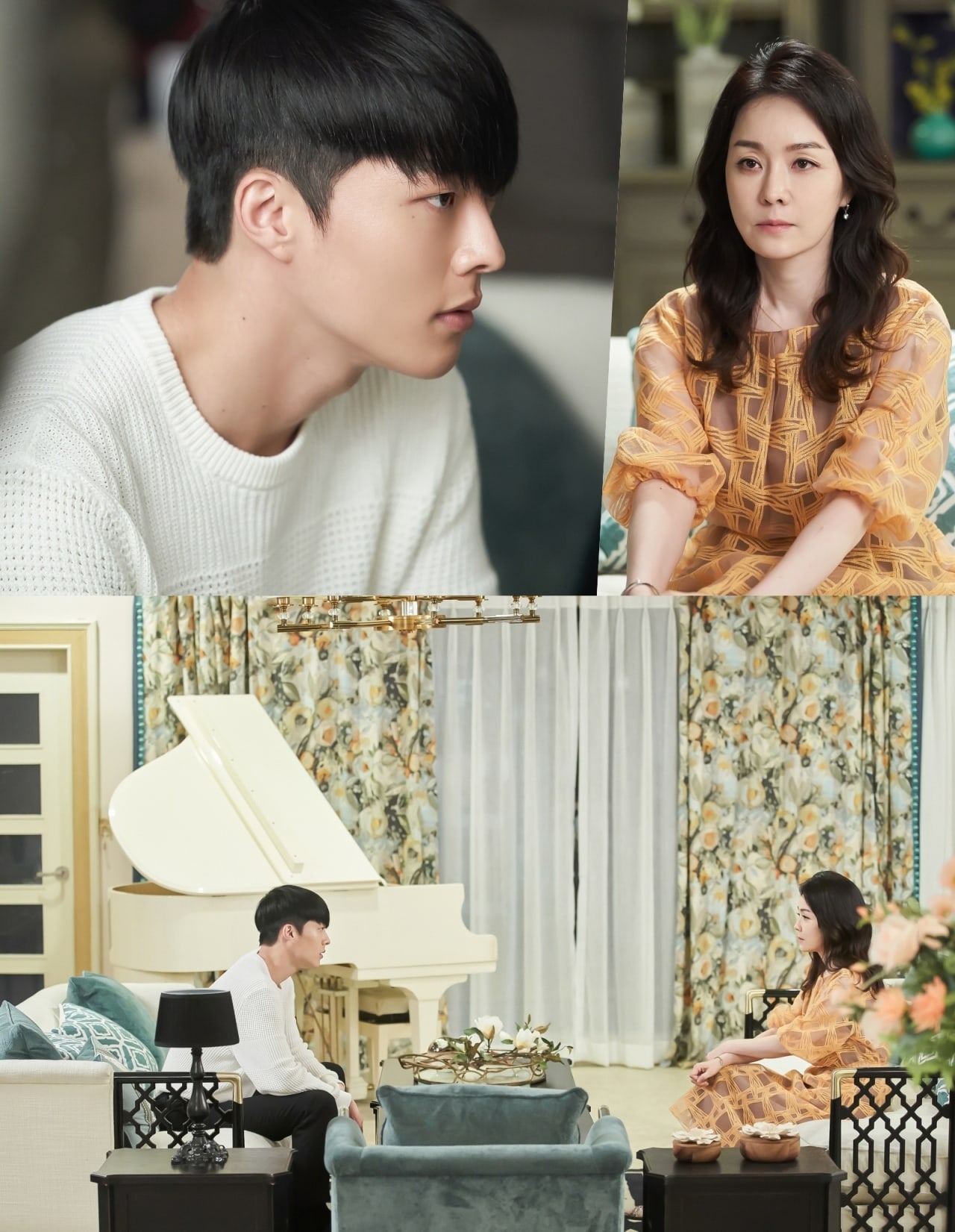