PSY treated fans to an unexpected blast from the past!

On May 24, PSY took to Instagram to share an old photo of himself with Lee Seung Gi from 2003, before the singer-turned-actor’s debut the following year.

Back in 2004, PSY produced Lee Seung Gi’s hit debut track “Because You’re My Girl,” as well as “Delete,” another song from his first album. (PSY wrote the music, lyrics, and arrangements for both songs, in addition to penning lyrics for three other tracks on the album.)

In the caption of his Instagram post, PSY wrote, “me & [Lee Seung Gi],” before taking a walk down memory lane by reminiscing about the songs they worked on together as Lee Seung Gi prepared for his debut. He added in the hashtags, “2003,” “Because You’re My Girl,” “Delete,” and “so young,” along with two crying emojis.

Referring to a song he composed for Lee Seung Gi, Lee Juck playfully wrote, “There’s also a masterpiece called ‘Nobody’ on this album.” 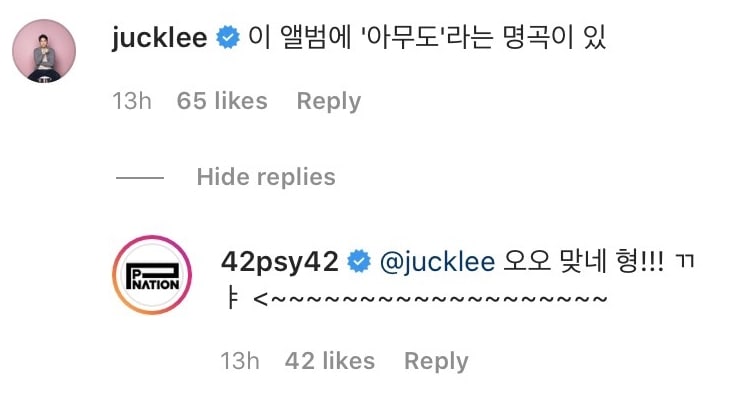 Watch Lee Seung Gi in the latest episode of “Master in the House” below!

Lee Seung Gi
PSY
Lee Juck
How does this article make you feel?