“Sweet Munchies” Cast Talk About Their Cooking Skills, How They Became Close, And More

The drama’s director, Song Ji Won, said, “‘Sweet Munchies’ is a story about heroes. Everyone dreams of becoming a hero someday, but reality is harsh. But after a while, you learn that heroes aren’t what you think they are. Those who sacrifice themselves for those who are weaker are heroes. If you look around you, there are many heroes. Our parents are heroes. This is a drama about the real meaning of heroes.” 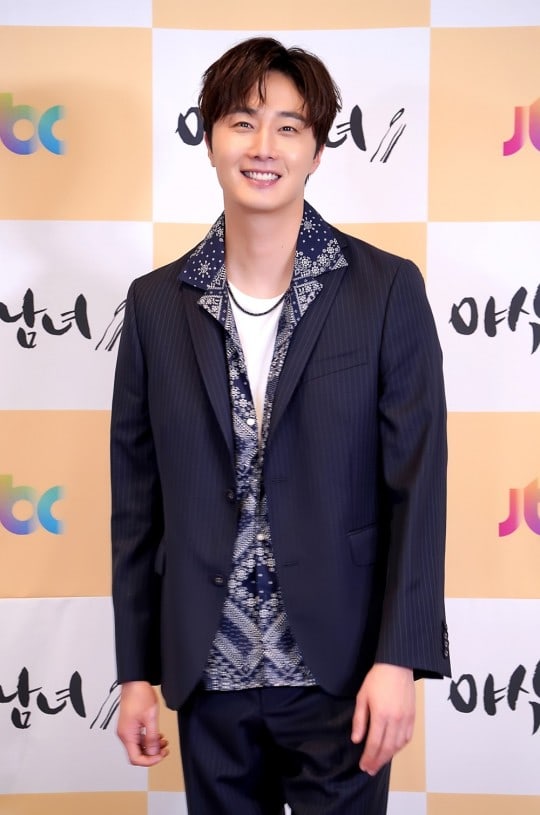 Jung Il Woo, who has shown his cooking skills on the variety show “Convenience Store Restaurant,” said, “This is my first project in a year after ‘Haechi.’ I was drawn to the unconventional elements in the story. My character has a lot of diverse charms, and I wanted to show myself not wearing hanbok for once. I did the cooking myself in the drama and helped come up with the menu. I tried not to make obvious dishes, but something unique. The cooking scenes are important, but so are the reactions of the people who eat them, so I tried hard to make good food.”

He added that he got help from celebrity chefs Lee Yeon Bok and Jang Jin Mo, the latter whom is a consultant on the drama. He said, “I worked with real chefs for the role. I think that I damaged my hands doing that. They are badges of honor. If you use a knife a lot, you get scars. When I looked at the hands of real chefs, I saw that they had a lot of scars. As a chef in the drama, I am accumulating scars as well.” 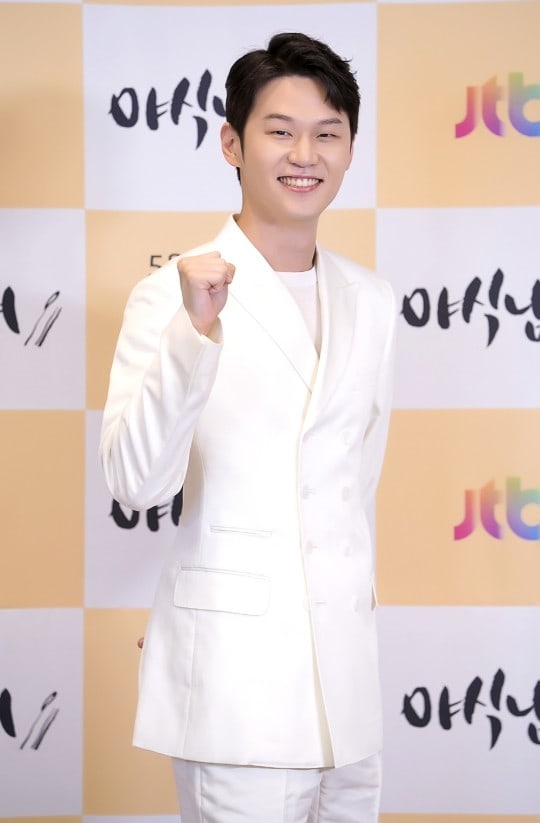 Lee Hak Joo, who recently left a strong impression in the hit drama “The World of the Married,” said, “I don’t feel additional pressure because of ‘The World of the Married,’ but I am the type to feel a lot of pressure whenever I take on any role. I feel a lot of pressure about the role I am playing now. What I want to show through this drama is how people break through the walls when they set up barriers for themselves that cannot be crossed.”

Jung Il Woo and Lee Hak Joo shared that they had gone to the same university, making it easier to become close. Jung Il Woo added that it was helpful that most of the actors were the same age. He said, “Kang Ji Young has an easygoing personality, so it was easy to become friends. We all like Pyongyang naengmyun, so that’s something we had in common. We became closer through that.” 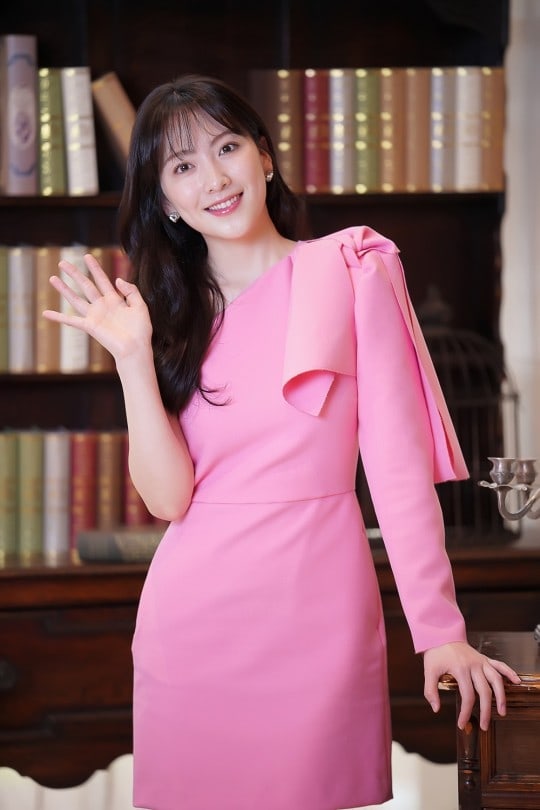 Kang Ji Young added, “It’s been a while since I promoted in Korea, so I was nervous on set, but the two of them helped me out a lot. They made me laugh and made it easier for me to act.”

At the end, the three actors picked what they thought were the key points to look out for in their drama. Lee Hak Joo said, “It’s the unconventional love triangle. Most love triangles have two people competing for one person, but in this drama, all three of them are linked in a strange Mobius strip.”

Kang Ji Young said, “I think that ‘healing’ is the message of the drama. While I was reading the script, I realized that some people receive comfort in certain ways, while others overcome struggles in other ways. I hope that viewers can feel a sense of healing while watching this drama.”

Jung Il Woo said, “One of the characters in the drama is the late-night food. I want our drama to have an appeal like that late-night snack you shouldn’t eat but is so comforting to have.” 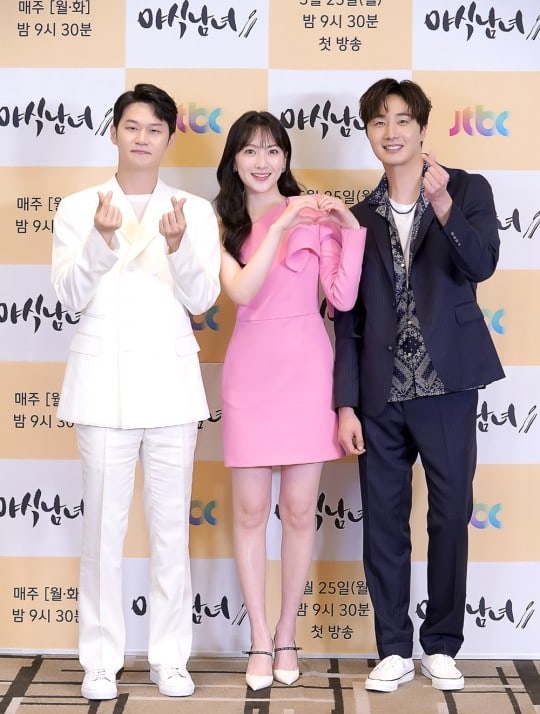 “Sweet Munchies” premiered on May 25 and will soon be available on Viki.