CIX shared a fifth concept video for “Hello, Strange Time”! The theme of this video is “wood.”

CIX’s fourth concept video for “Hello, Strange Time” is now here, with the theme being “ice”!

CIX released a second concept video for “Hello, Strange Time,” this time with the theme of “water.”

The theme for this concept video is “fire”:

CIX has given the first look at their “Jungle” MV through a frightening teaser.

Yonghee stars in CIX’s latest teaser for their comeback! 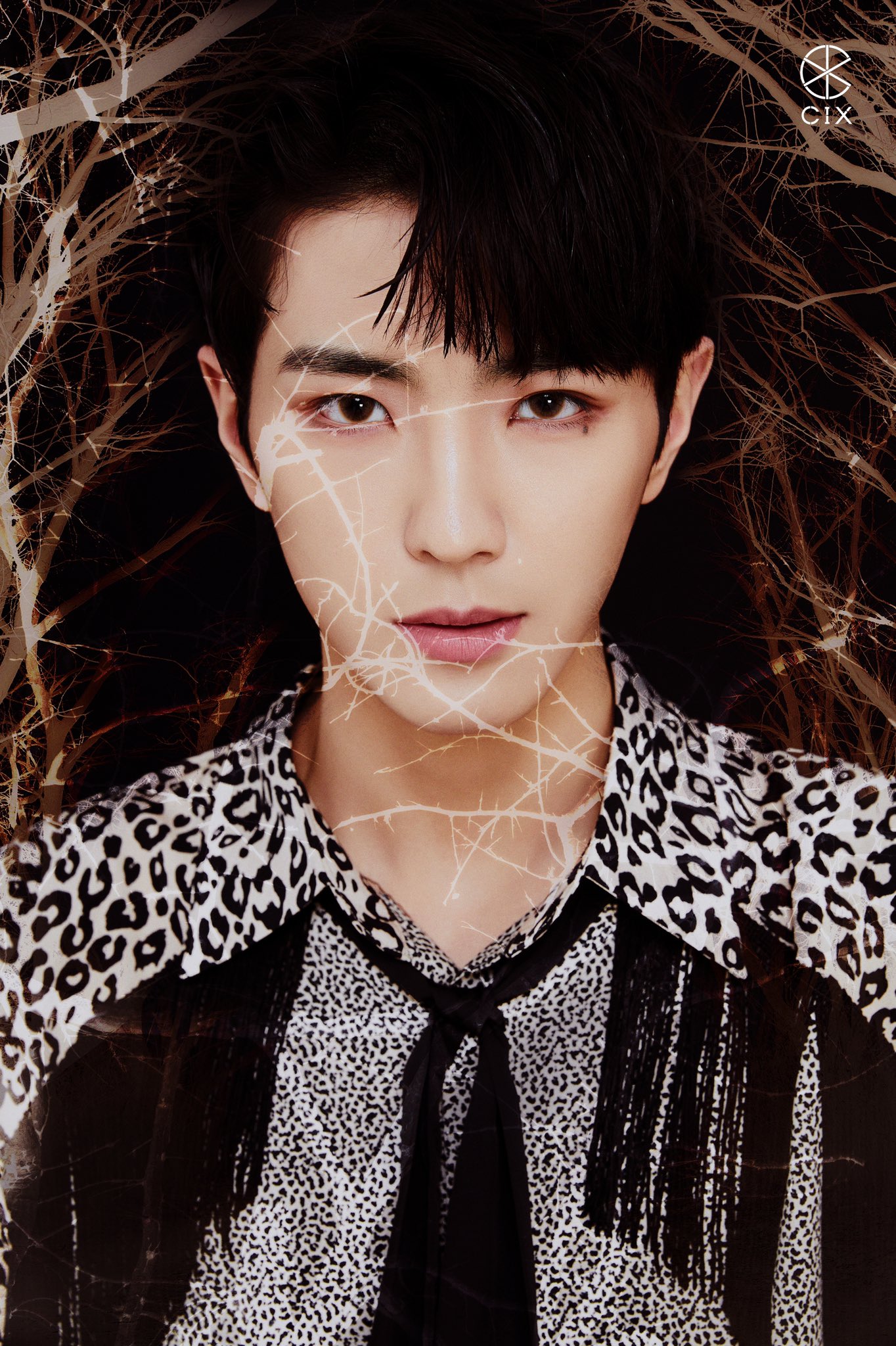 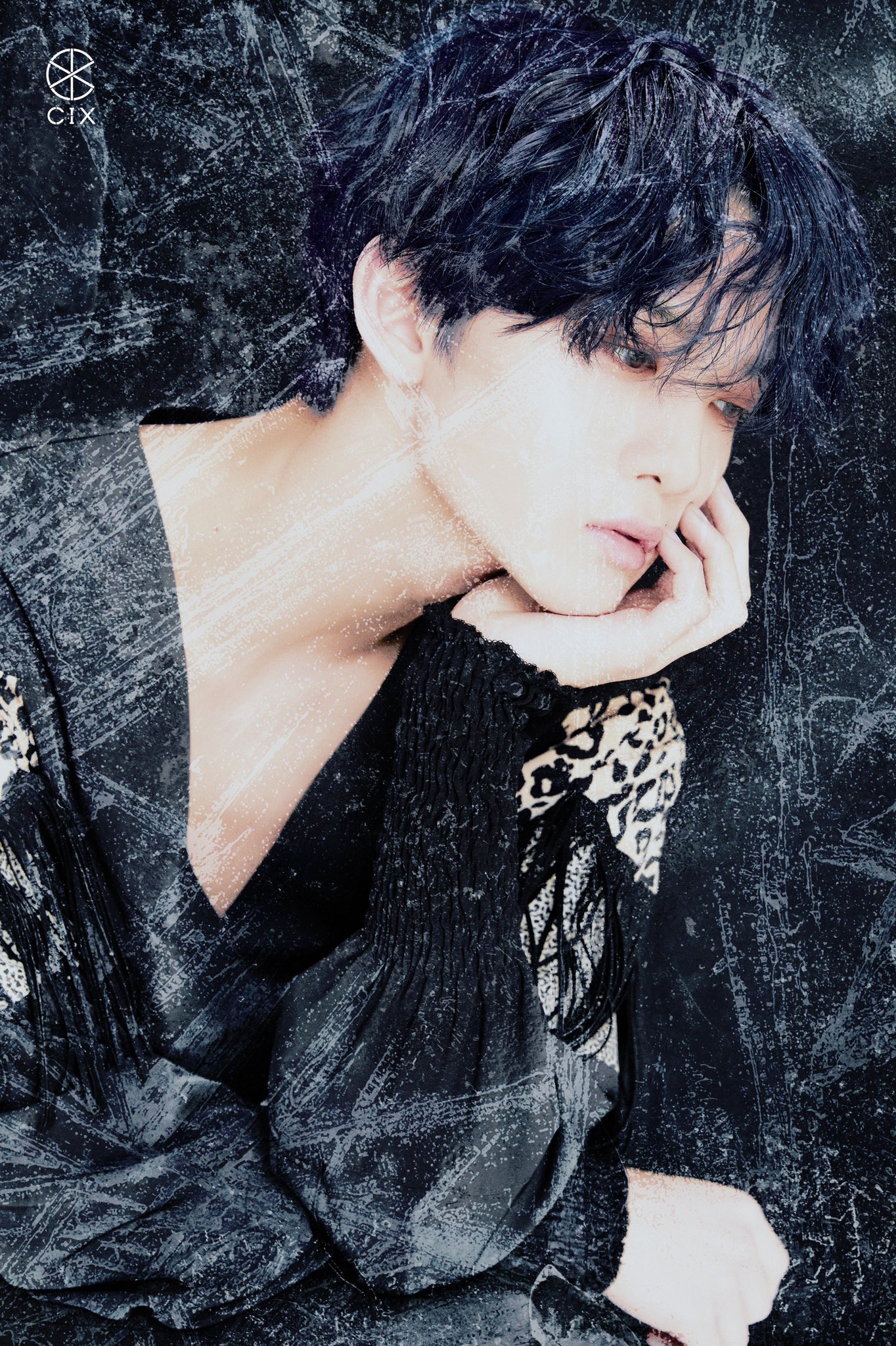 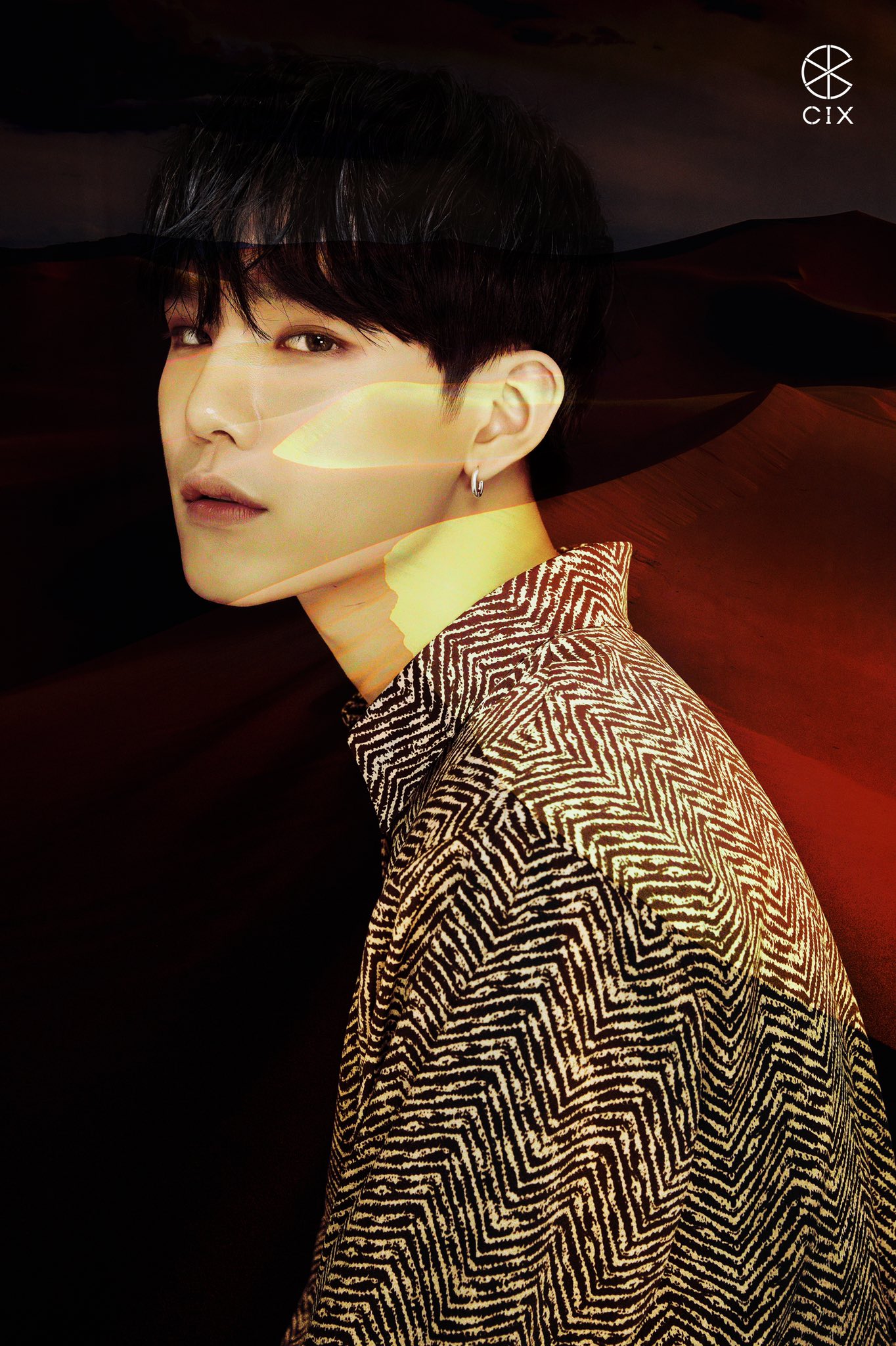 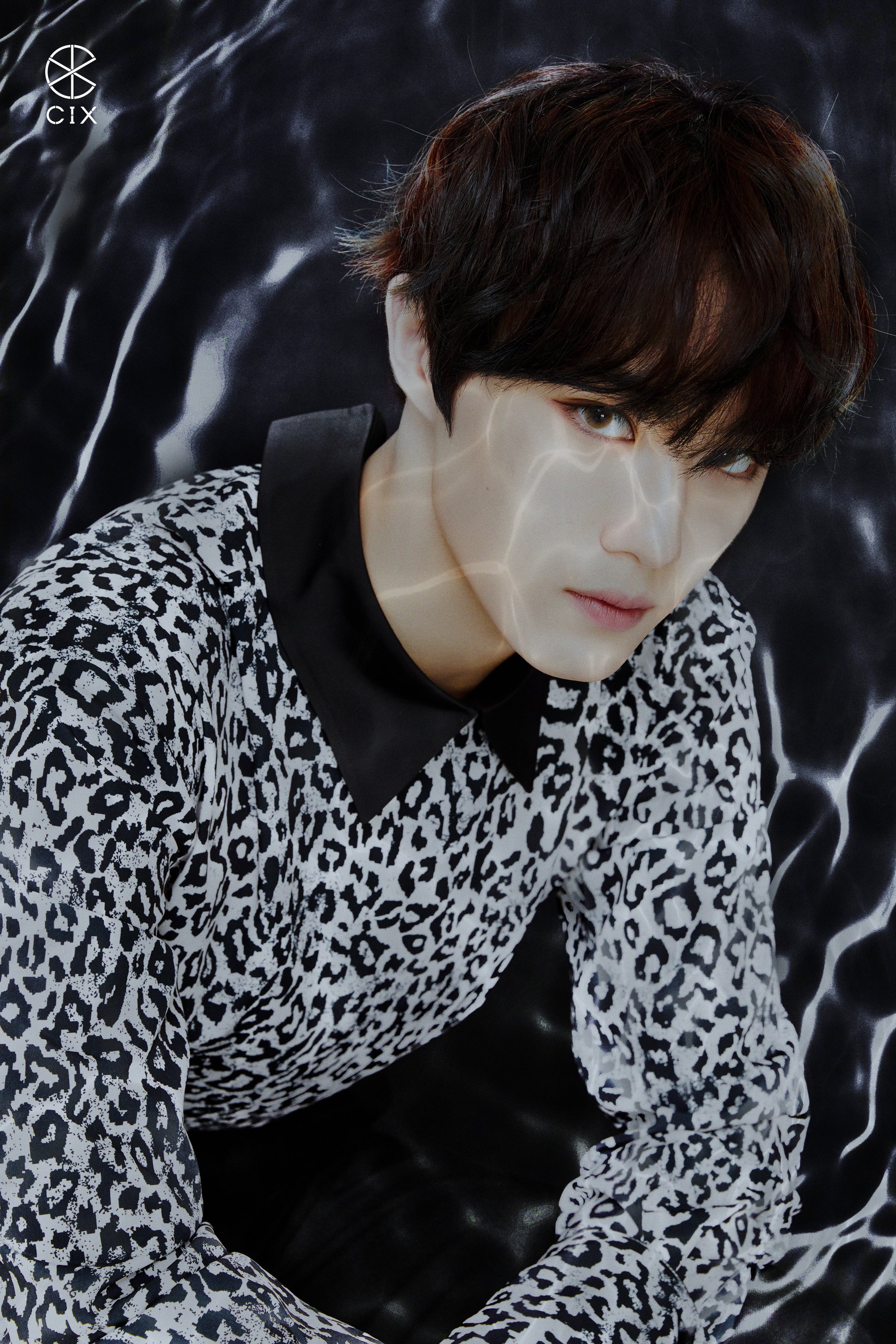 Check out BX’s teaser below: 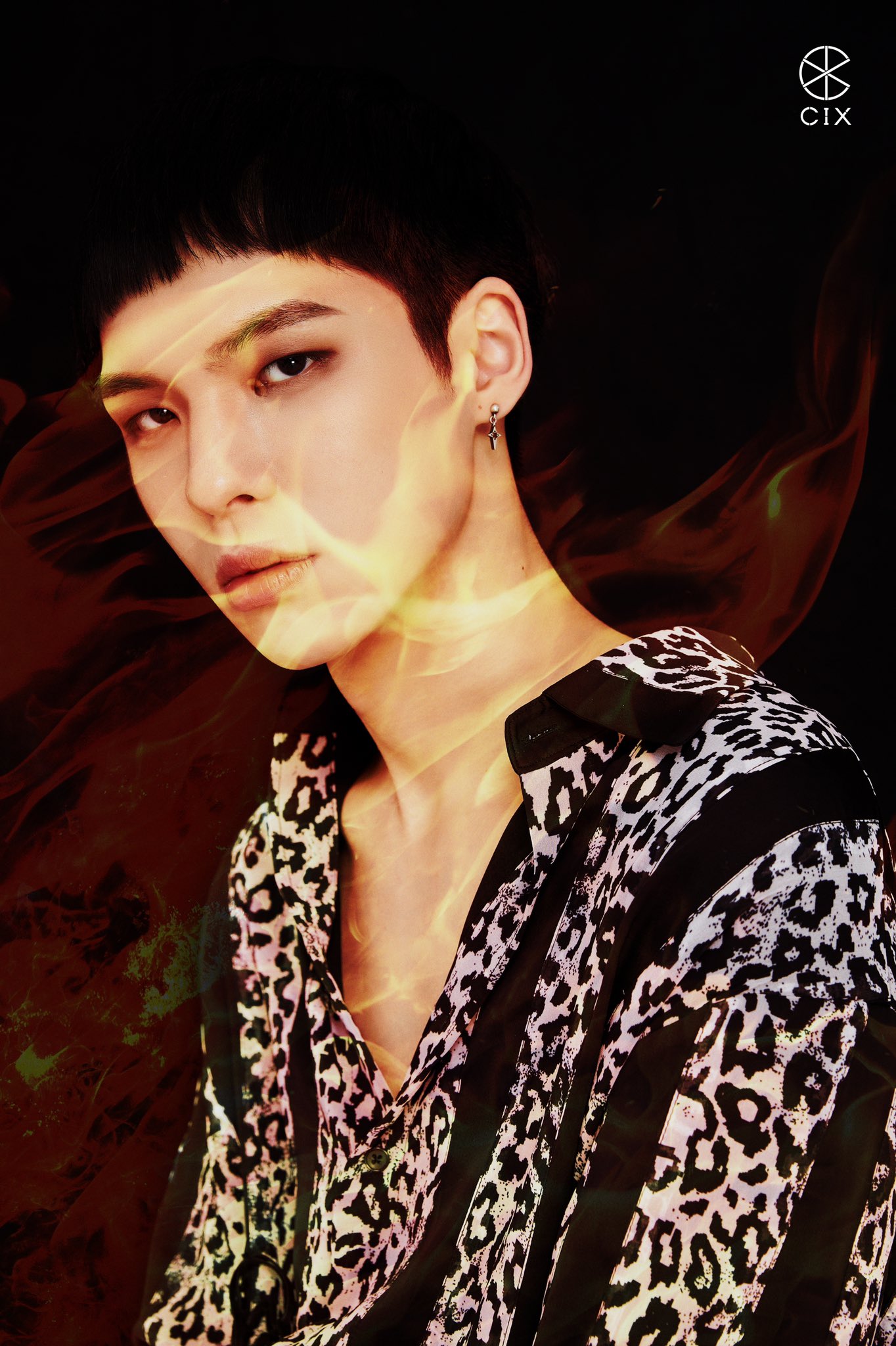 The mini album will feature five songs in all, including the title track “Jungle.” 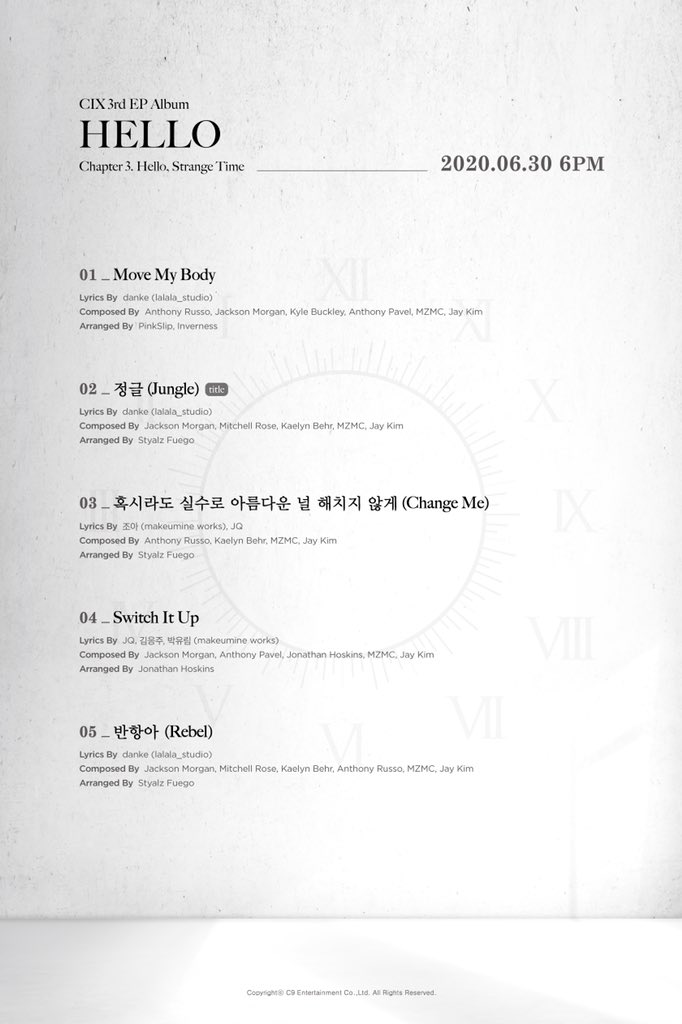 CIX shared their first concept photo for their June comeback! 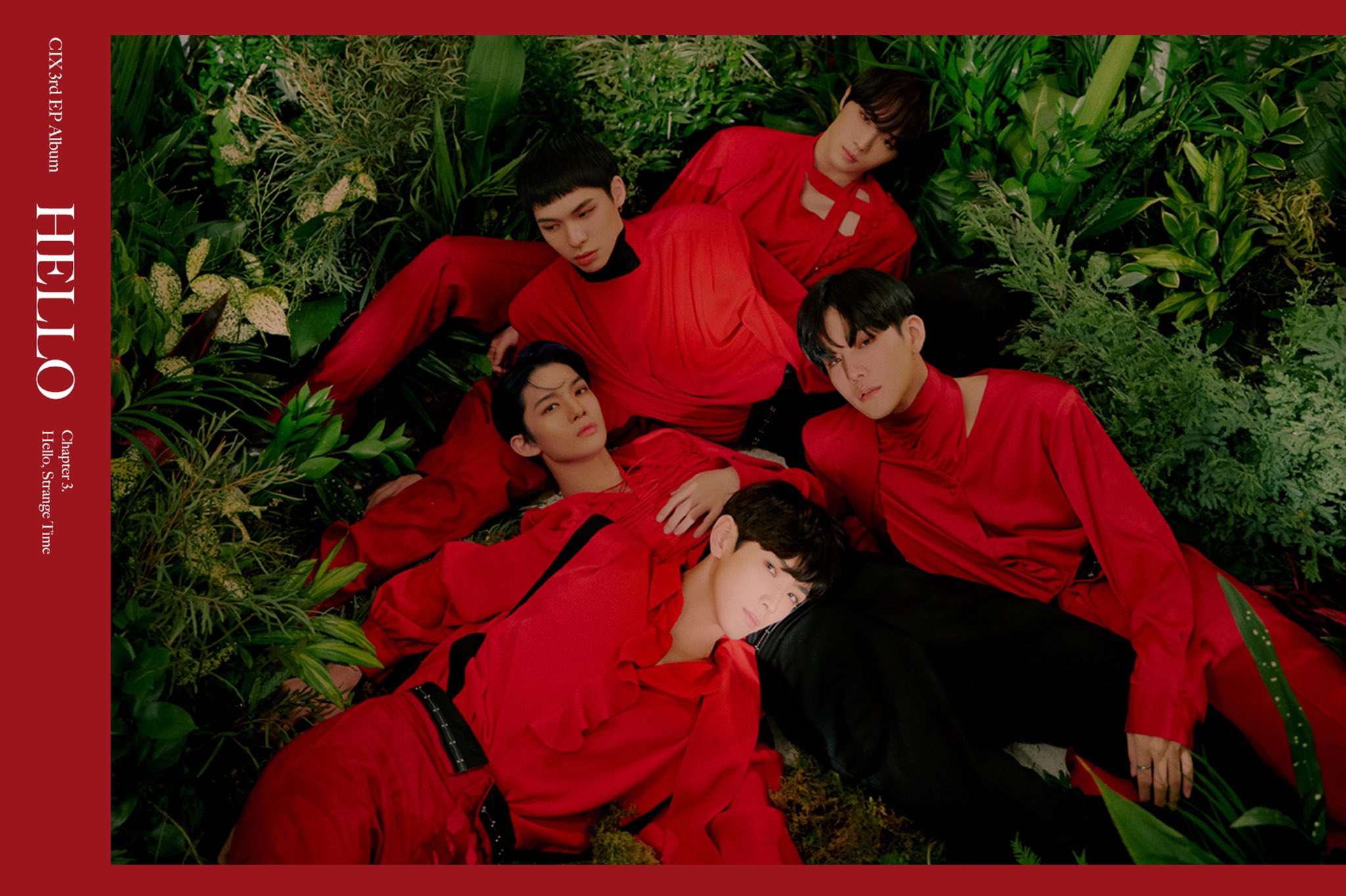 CIX has revealed new details about their upcoming June comeback!

The group will be returning with their third mini album “HELLO Chapter 3. Hello, Strange Time” on June 30, and they have now shared a teaser schedule that details what fans can look forward to in the coming weeks. Check it out below! 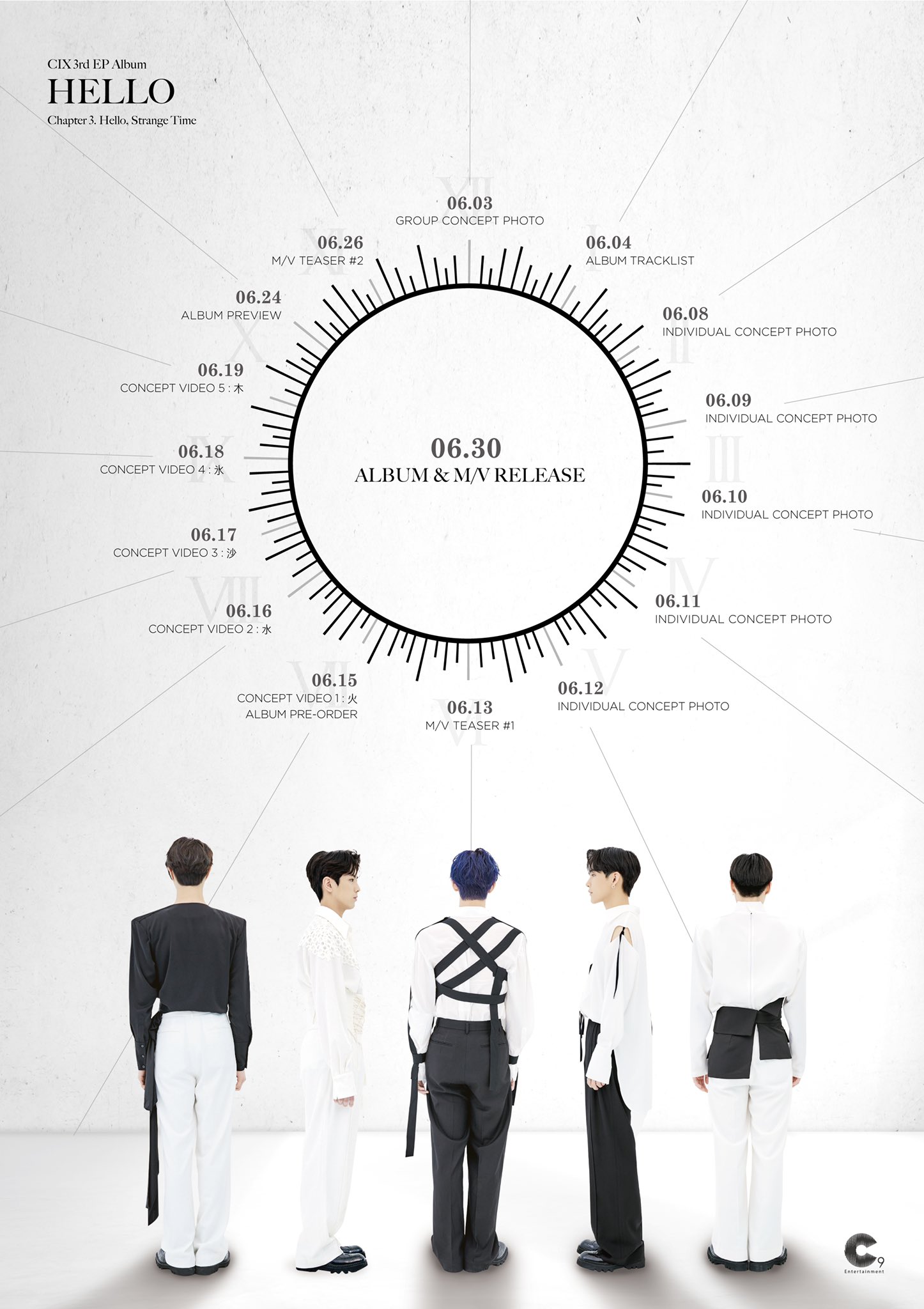 CIX is continuing their “Hello” series with a new chapter!

The group has now revealed a first teaser photo for their comeback with “Hello, Strange Time.” The illustration was shared along with the caption, “CIX Town Scene #4 Mecenat Tower.”

CIX previously announced that they are gearing up for a June comeback.

The C9 Entertainment boy group CIX debuted in July 2019 with “Movie Star” as the title track of their first mini album “HELLO Chapter 1. Hello Stranger.” Last November, they made a first comeback with “HELLO Chapter 2. Hello, Strange Place” and its title track “Numb.”