On May 28, MONSTA X and Lovelyz’s Sujeong appeared as guests on the SBS Power FM radio show “Cultwo Show.” 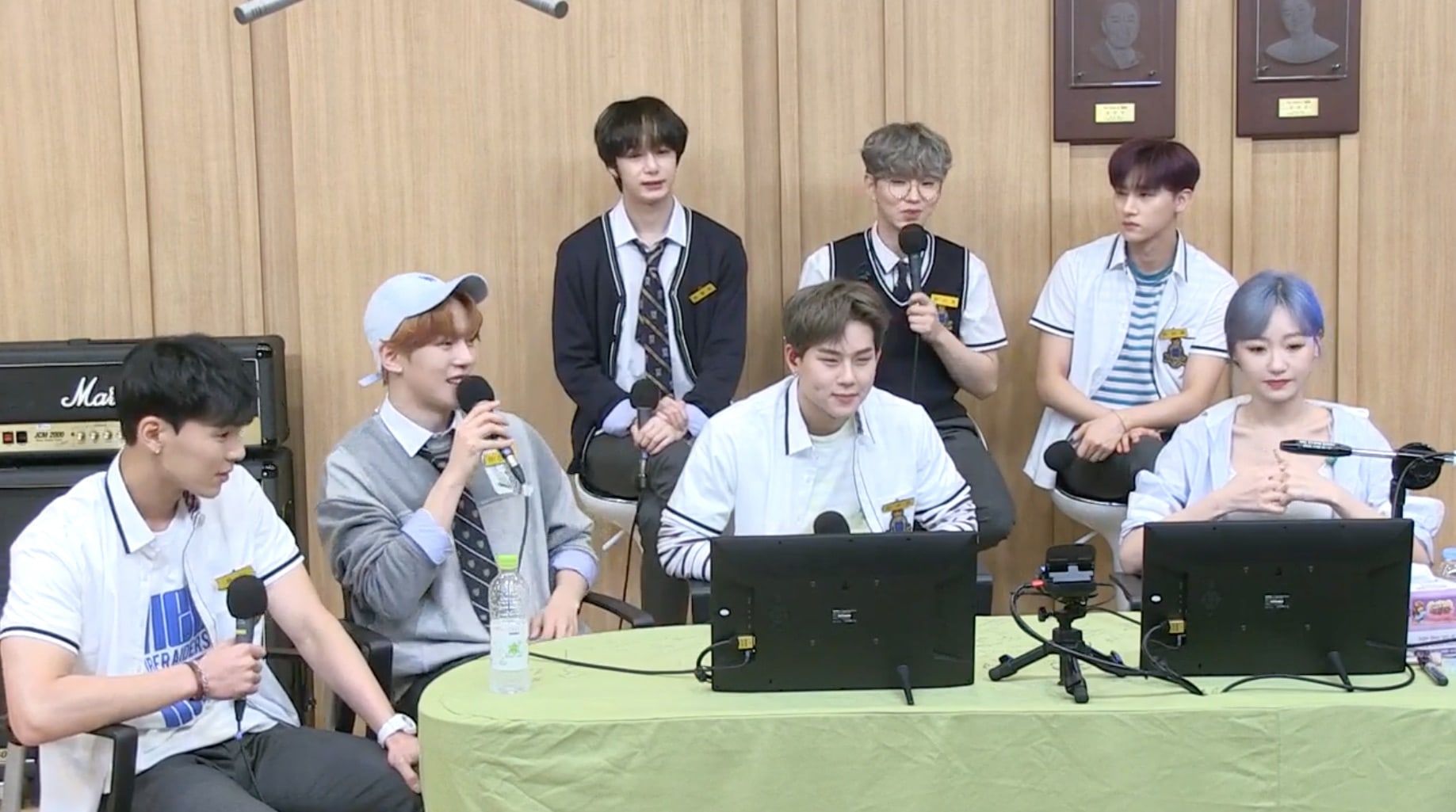 During the show, a listener sent in a question for I.M that said, “I heard that you once did a funny dance because you thought a boy group would be coming out of the elevator, but it turned out to be Lovelyz instead.” The question made all the other MONSTA X members crack up in the background, while I.M assumed a thoughtful expression. 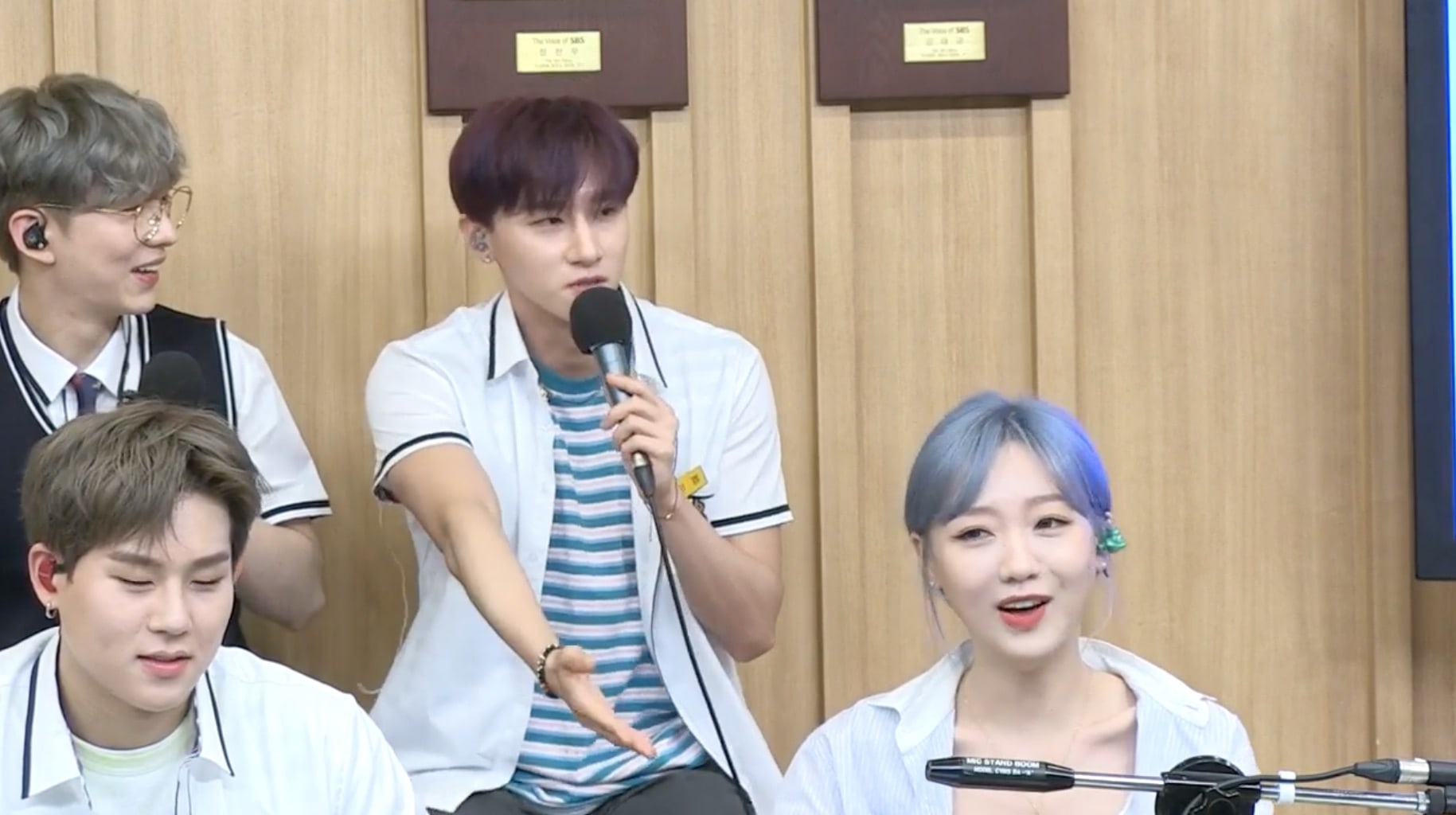 I.M said, “I have a very specific memory about this incident. I thought that GOT7 was in the elevator, so I was preparing to welcome them. Then the doors opened, and it was Lovelyz.”

Sujeong also recalled the incident and said, “You could hear the sounds from outside even before the elevator doors opened. It was really loud. We could hear a Lovelyz song playing. We thought, ‘Oh, that’s so funny!’ and then the doors opened and he was dancing. We didn’t really know each other, and we didn’t want to embarrass him, so we tried our best to hold in our laughter.” 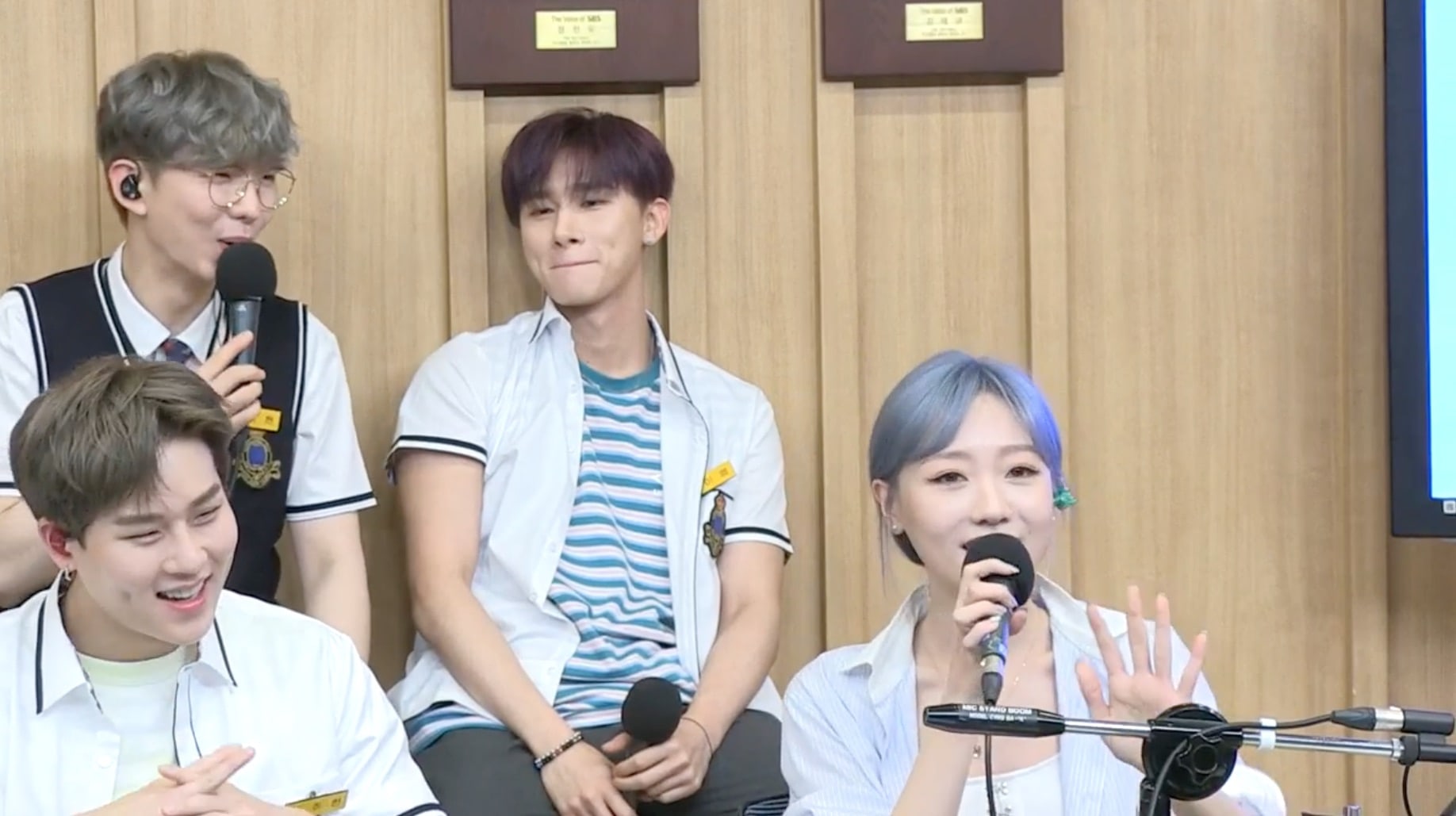 Asked what song it was, I.M said, “I think it was ‘Ah-Choo.’ It was a very good song.” Kihyun added, “He sang that song all the time back then.”

Lovelyz
MONSTA X
I.M
Sujeong
How does this article make you feel?