Watch: “Good Casting” Actors Are Clumsy But Cheerful On The Drama Set

The video starts off with Choi Kang Hee and Heo Jae Ho filming a scene in the secretary office. Choi Kang Hee gets up to exit the room when things suddenly become awkward by an unplanned pause. The director asks what happened, and Choi Kang Hee admits her shoe fell off. Everyone laughs, and the atmosphere is at ease again.

Choi Kang Hee takes another shot at the scene, but this time, she bumps into the door on her way out. Heo Jae Ho can’t hold back his laughter, and they try the scene again. However, Choi Kang Hee’s name tag gets in the way, and she softly apologizes for her clumsiness. 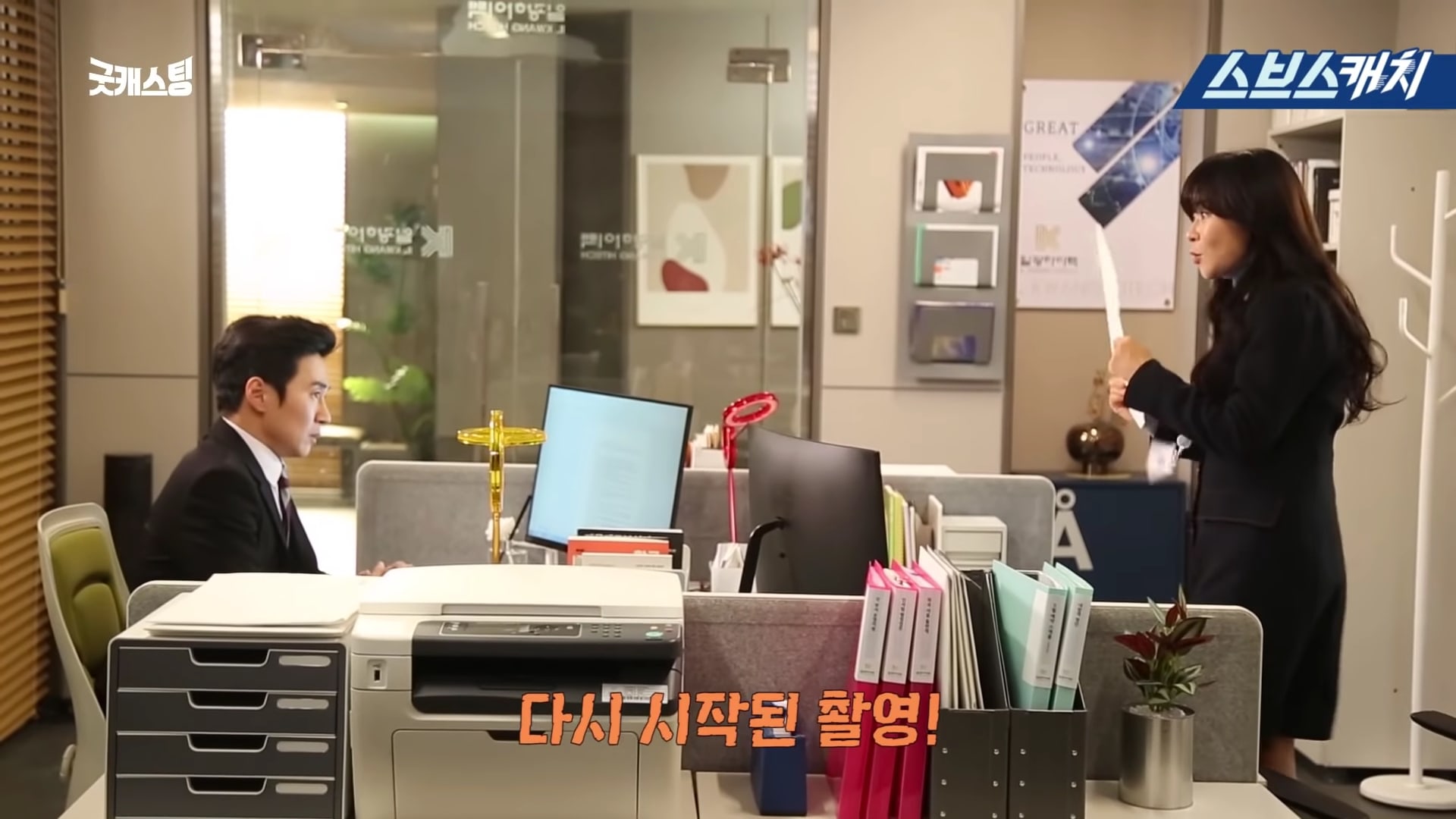 Kim Ji Young also compliments Lee Jong Hyuk’s outfit and adds that’s the best thing he has worn on the drama so far. The director jokes he looks like a motorcyclist, and Lee Jong Hyuk playfully comments, “Later on, I should become a parcel deliveryman.”

Kim Ji Young then shared a story of going to the restroom in her custodian outfit for the drama. She said, “I went to the restroom, and the [janitor] ladies glared at me. They were like, ‘Who is she? Is she new?'” 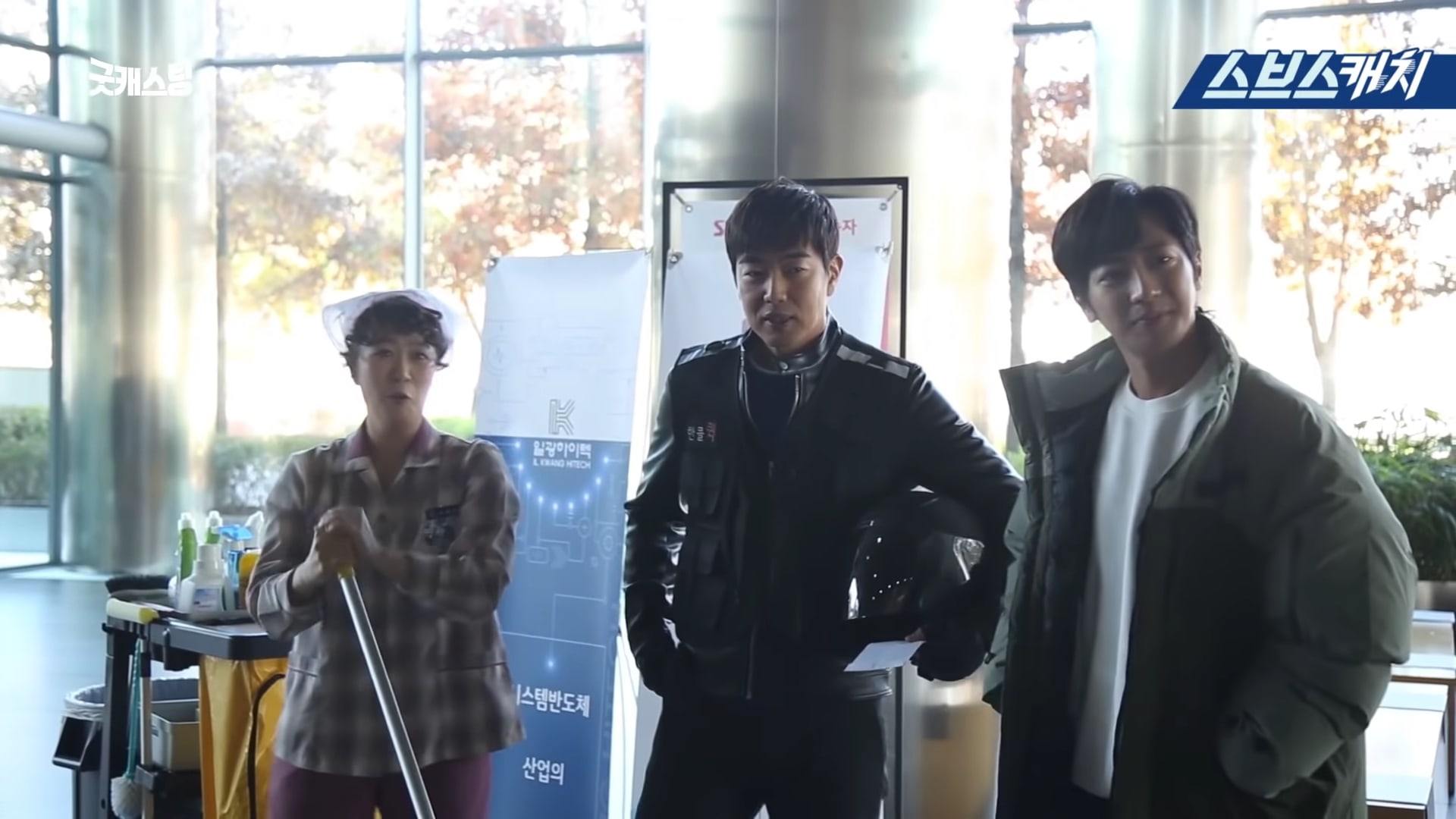 This time, it’s Lee Sang Yeob’s turn to film with Choi Kang Hee. He spots the making-of camera and comments, “When everyone is busy preparing for filming, I study the script.” He pretends to study the script, but later on, the camera catches him being playful on set.

Choi Kang Hee’s clumsiness returns during filming. She makes several bloopers, prompting Lee Sang Yeob to smile at her. Towards the end of the video, she makes a ruckus by tripping and dropping the props. Everyone laughs good-naturedly at her clumsiness, but Choi Kang Hee is flustered as she asks, “What’s wrong with me?”

Watch the latest episode of “Good Casting” on Viki with English subtitles: