“Born Again” tells the story of three people whose lives are intertwined across two lifetimes, one in the 1980s and one in present day, through reincarnation.

In the previous episode, Kim Soo Hyuk (Lee Soo Hyuk) regained the memory of his previous life as Cha Hyung Bin. He experienced confusion with his longing for his former fiancée Jung Ha Eun (Jin Se Yeon) and the unsolved murder involving a yellow umbrella. His bafflement is further heightened when he sees that Cheon Jong Beom (Jang Ki Yong) resembles Gong Ji Cheol from the 1980s.

Moreover, Kim Soo Hyuk was heartbroken to find out Jung Ha Eun died before they could get married. However, Jung Ha Eun is now Jung Sa Bin (Jin Se Yeon), and she closed her heart to him when he shot Cheon Jong Beom a year ago.

The newly released stills show Kim Soo Hyuk looking distraught after having a few drinks. Kim Soo Hyuk has always appeared perfect, so viewers will feel surprise and pity to see him falling apart in the next episode. Jung Sa Bin sits by his side and watches him with worry and sympathy. Attention is focused on what kind of drunken truth Kim Soo Hyuk will deliver to Jung Sa Bin. 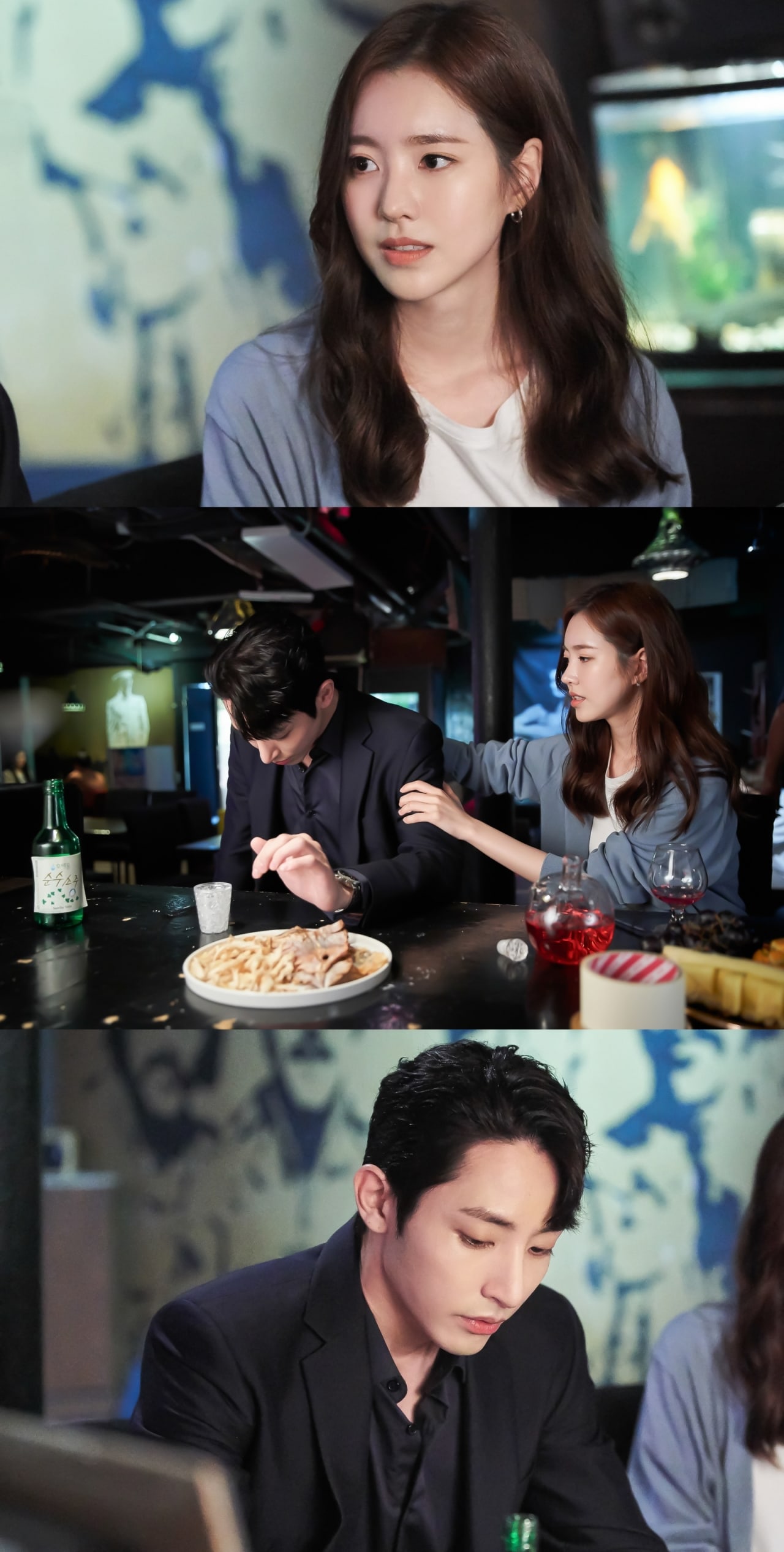