“My Unfamiliar Family” tells the story of the relationships and misunderstandings between strangers who are like family—and family who are like strangers. In the drama, the characters find themselves growing apart from their families as they get older, and their secrets pile up as they have a hard time opening up to those who are closest to them. On the other hand, they also learn that sometimes, life introduces you to strangers who can share and understand your deepest emotions and secrets.

From the first episode, “My Unfamiliar Family” made viewers laugh with its realistic yet unique portrayal of family relationships. In the newly released stills, a strange tension flows between Kim Eun Hee (Han Ye Ri) and Park Chan Hyuk (Kim Ji Suk), friends who have known each other for 15 years. The two experience a complex wave of emotions as Park Chan Hyuk grabs the agitated Kim Eun Hee’s arm with deep concern in his eyes. 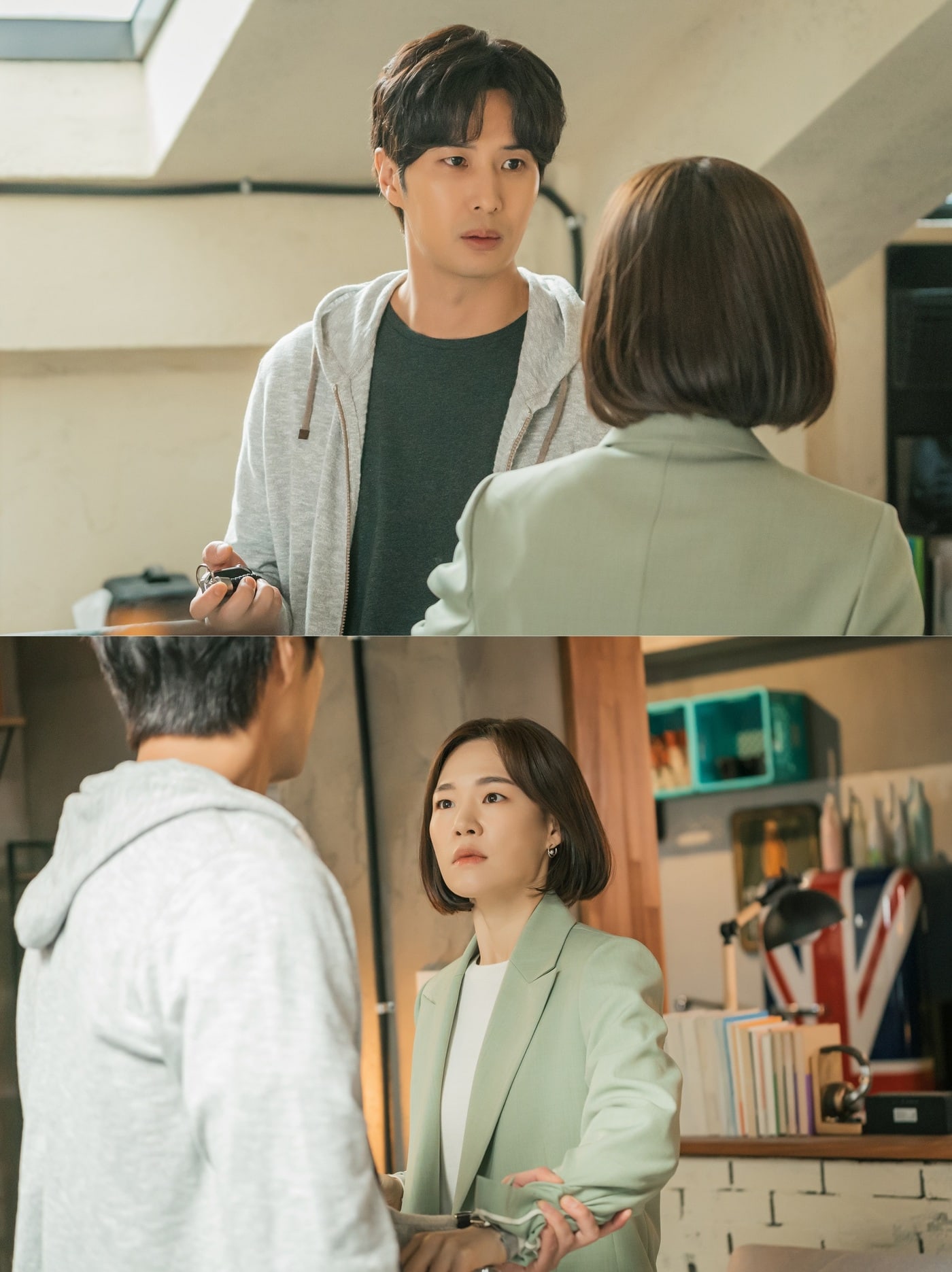 Four years ago, Kim Eun Hee broke up with her boyfriend and pushed her longtime friend Park Chan Hyuk away at the same time. Kim Eun Hee, who regretted that day’s decision, unexpectedly reunited with Park Chan Hyuk and recovered their friendship easily as if they had never been apart. Viewers are curious to find out what could have suddenly flipped the situation around again.

The production team of “My Unfamiliar Family” shared, “The story of this family, which gets no rest, will officially begin to unfold. As unexpected situations and accidents arise to completely shake up their ordinary everyday lives, surprising twists from the families will arrive one by one.” They added, “Viewers will cry and laugh as they relate to the family story that is similar to our stories.”