KBS has released new stills of its Monday-Tuesday drama “Born Again” ahead of the upcoming episode.

In the previous episode, Kim Soo Hyuk (Lee Soo Hyuk) and Cheon Jong Beom (Jang Ki Yong) teamed up to uncover the real criminal behind the Yellow Umbrella murder case 32 years ago. Each puzzle piece draws them closer to the real murderer, Gong In Woo (Jung In Kyum), but also involves them deeper in the love triangle that held them captive in their previous lives.

Kim Soo Hyuk, who has recovered his memories of his past self as Cha Hyung Bin, confessed to Jung Sa Bin (Jin Se Yeon) that he had realized that he was the person who had brought the most danger into her life. However, the new stills show him reuniting with Jung Sa Bin as she holds something unseen in her hand. 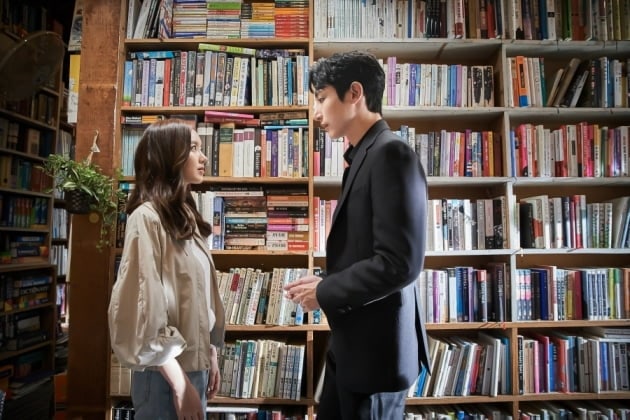 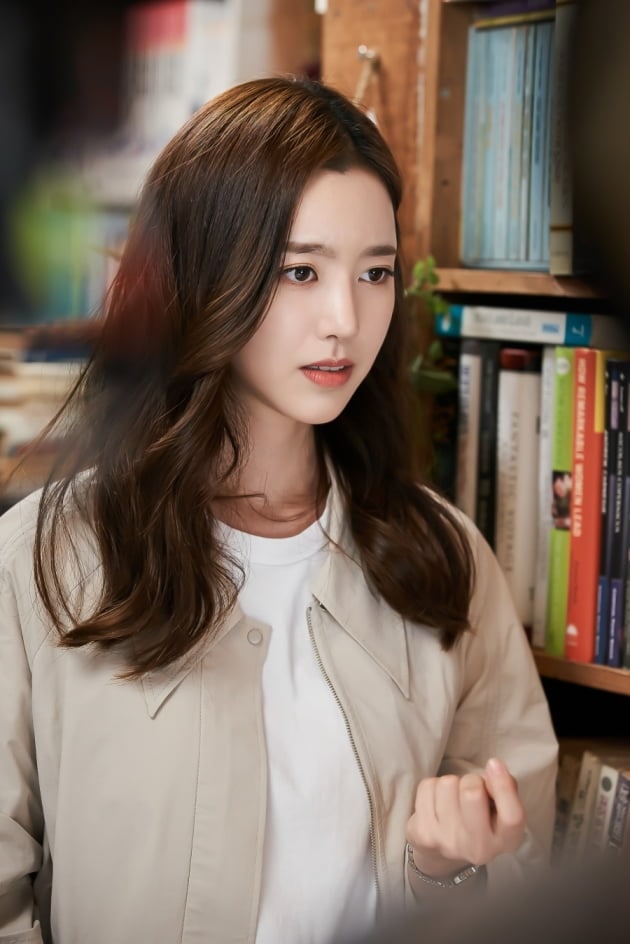 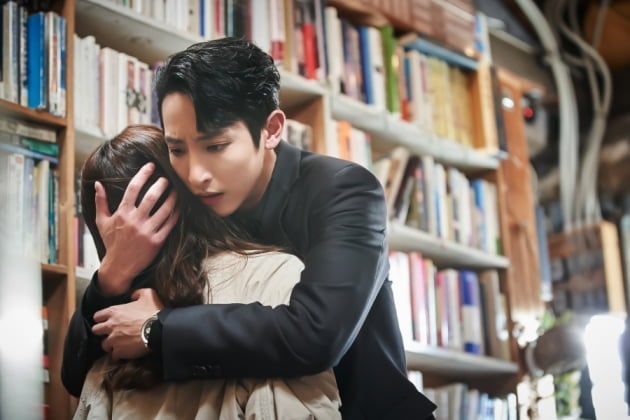 The scene of their reunion takes place in the used bookstore that Jung Sa Bin used to own in her past life as Jung Ha Eun. Kim Soo Hyuk is overwhelmed by his feelings for Jung Sa Bin and draws her close in a desperate embrace, while she looks more thoughtful about which course of action she’ll take.

In another set of stills, Jung Sa Bin draws closer to danger as she falls for Gong In Woo’s trap. She takes him out in his wheelchair to enjoy the warmth of a sunny day, but is found knocked unconscious on the stone path of the park. Meanwhile, Cheon Jong Beom learns an important secret from Jung Sa Bin’s father, Jung Sung Eun.