Hyerim And Yubin Tell Story Behind Their Recent Close Friendship, Share Hopes For A Wonder Girls Reunion, And More

Hyerim and Yubin chatted about their friendship and more!

Yubin said about starting her own agency, “At first, I had absolutely no plans to do it. But I thought that if I moved to another agency, the environment would be similar. I thought, ‘Should I just give it a go?'”

She went on to say, “At first it was really difficult, but it was great that Hyerim is together with me. I’m confident that I know her the best, and another agency might be able to give her better care, but I made her the offer because I wanted to make her able to shine.” Hyerim commented, “I’m so grateful to be at a company that knows me well.”

The two friends went on to talk about how they hadn’t actually been close while promoting together. Hyerim explained, “When we were promoting together, Yubin wasn’t the type to suggest in a friendly way that we should do something together. I needed to approach her first, but we weren’t able to approach each other. We didn’t have the chance to get close when we were promoting, but we got really close when the two of us remained at JYP.” Yubin explained that she’s not able to express herself her feelings well. 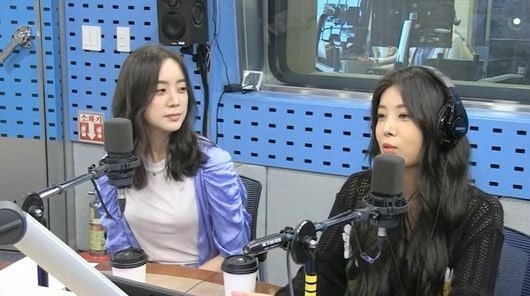 Yubin also talked about advice she’d received from JYP founder Park Jin Young about starting her business. She said, “He really emphasized to me, ‘Reduce your fixed costs.’ He said that fixed costs are the most important thing for a start-up company.”

The next topic was Hyerim’s upcoming marriage to taekwondo athlete Shin Mhin Chul, who she’s been dating for seven years. She said, “We’re getting married on July 5. There’s about 33 days left. I had no idea things would be so chaotic.” Hyerim added, “When the radio show’s over today, I’m going to go over to JYP and hand out wedding invitations.” Yubin described Hyerim’s fiancé as a really great person.

A listener wrote in to ask Yubin, “You once said that you want to recruit the other Wonder Girls members. When will we be able to see Wonder Girls as a full group?” Yubin replied, “I think that we’ll be able to do that someday. I feel hopeful when I see other senior artists having reunions. I think it would be really fun.”

Hyerim said to Yubin, “I’d better do some choreography practice.” Yubin shared, “I went on a program where I did a random play dance, and I’d forgotten it all so I thought, ‘I’d better practice.’ Hyerim and I remember just our own parts and don’t remember the other members’ parts.”

Watch Hyerim with her fiancé Shin Min Chul on the reality show “Don’t Be Jealous” below!