According to the new poster for the event, ONF has been added to the lineup. The group recently proved their charismatic performance and concept-making skills with their appearance on Mnet’s “Road to Kingdom.”

CIX, who was previously scheduled to be part of the lineup, appears to be no longer performing at the event. CIX recently postponed their comeback due to Bae Jin Young’s injury. 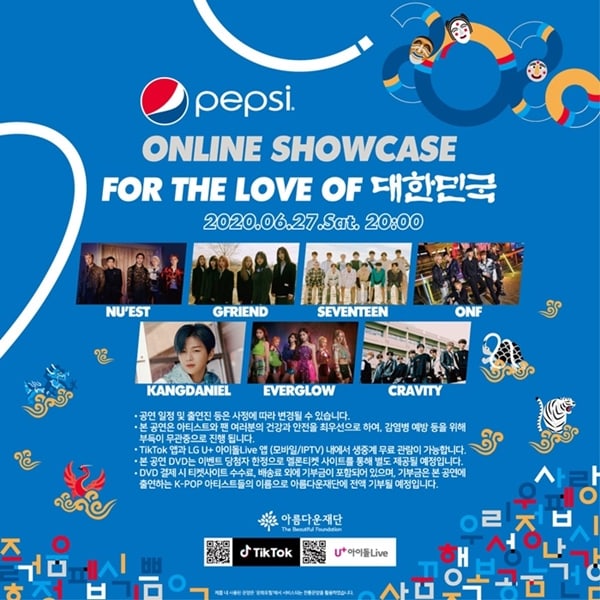 The “Pepsi Online Showcase” event has revealed a star-studded lineup of idol groups!

The official title for the event is “2020 Pepsi Online Showcase – For the Love of the Republic of Korea.” Due to the ongoing COVID-19 pandemic, the concert event will take place without an audience. The concert will be taped and made into a DVD that will be made available to viewers through a special event. The proceeds from the DVD sales will be donated to charity in the names of the artists who participated in the concert. 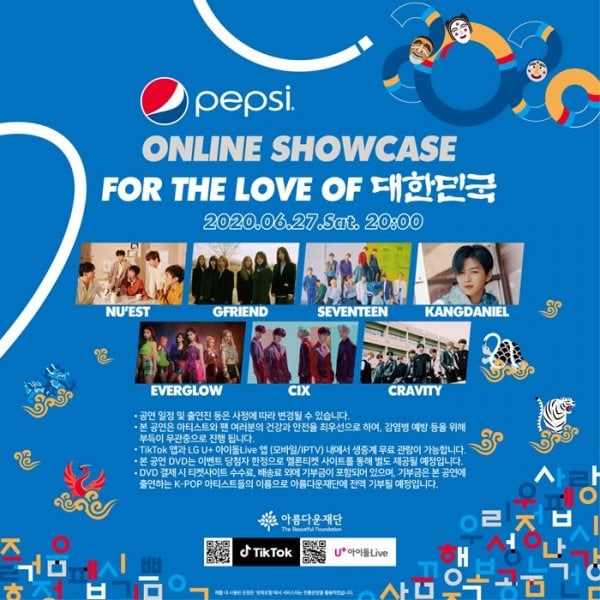 The artists in the lineup include NU’EST, GFRIEND, SEVENTEEN, Kang Daniel, EVERGLOW, CIX, and CRAVITY.

The online showcase will be broadcast live through the TikTok app and the LG U+ Idol Live app. It is scheduled to take place on June 27 at 8 p.m. KST.