CIX’s upcoming comeback has been postponed.

On June 24, the group’s agency C9 Entertainment shared through an official statement that Bae Jin Young has suffered an ankle injury, and the doctor advised that he needs time to recover.

As a result, the group’s comeback with their third mini album “HELLO Chapter 3. Hello, Strange Time,” which was originally scheduled for June 30, will be postponed.

The new plans will be announced later on.

Read the full statement from C9 Entertainment below: 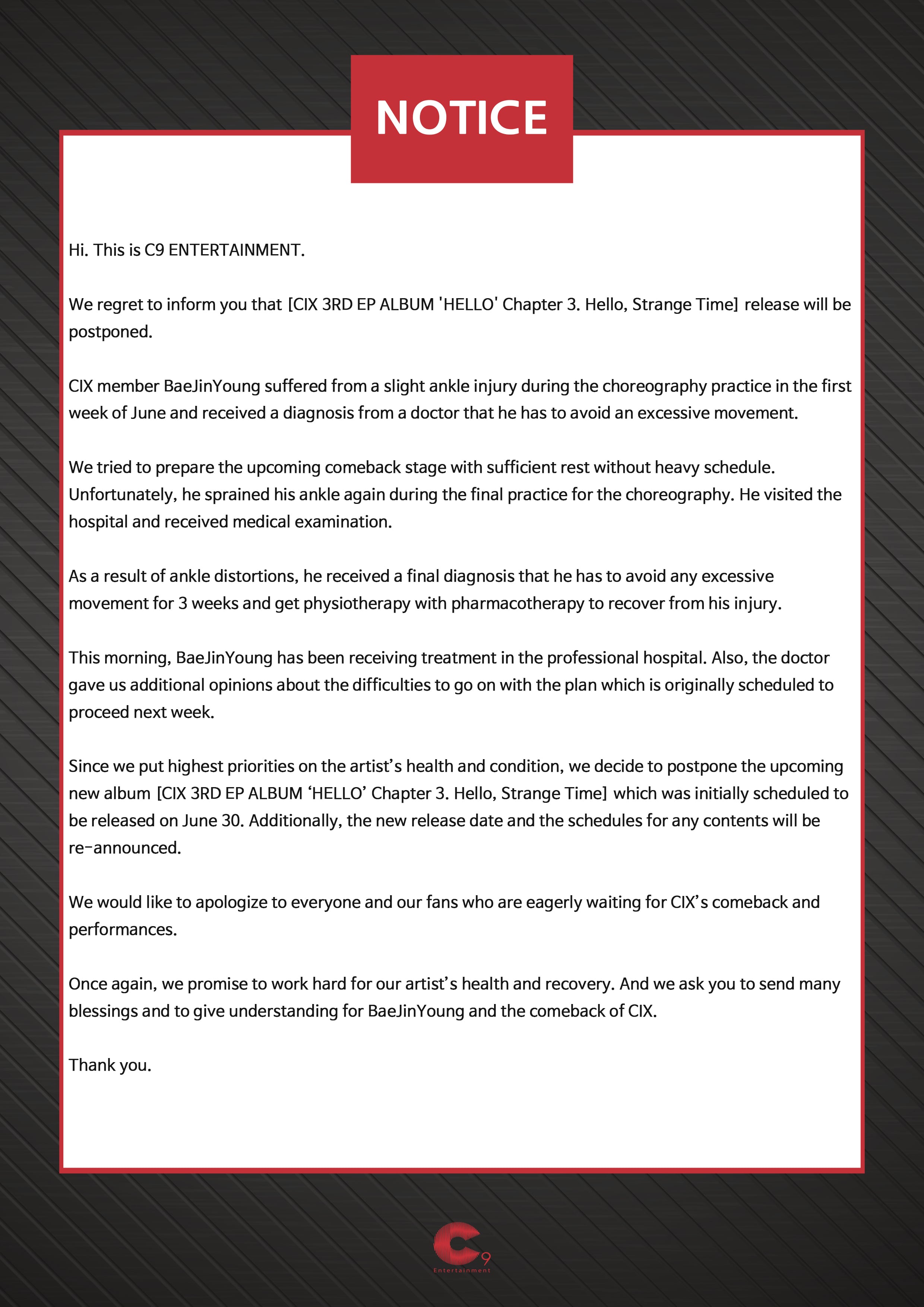 Bae Jin Young
CIX
How does this article make you feel?