On the June 5 broadcast of tvN’s “Three Meals a Day,” Lee Kwang Soo appeared as a guest. 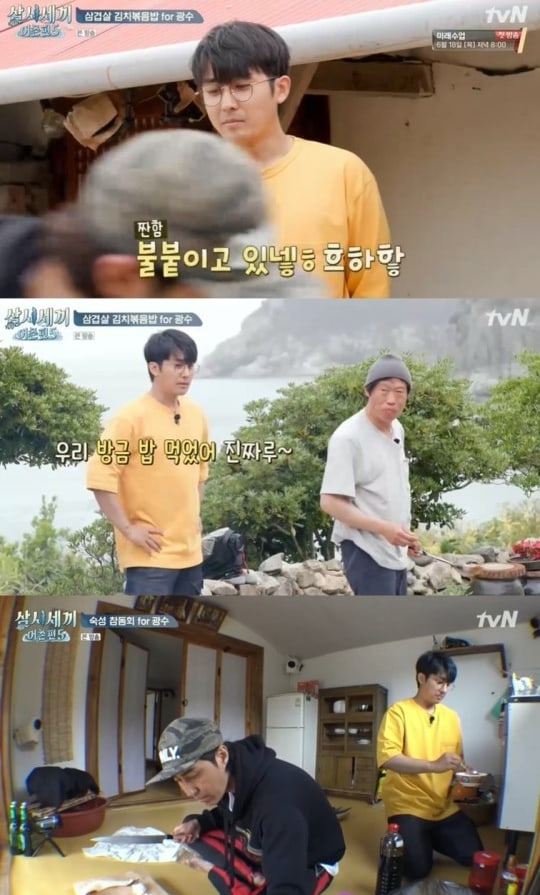 After eating the kimchi fried rice with pork belly that Cha Seung Won made him, Lee Kwang Soo and Yoo Hae Jin went down to the water to check on their fish traps. Cha Seung Won silently joined them later, spreading out his yoga mat and beginning to stretch.

Watching him, Lee Kwang Soo hilariously commented, “Are you doing yoga? I thought you were bowing down to the ocean.” 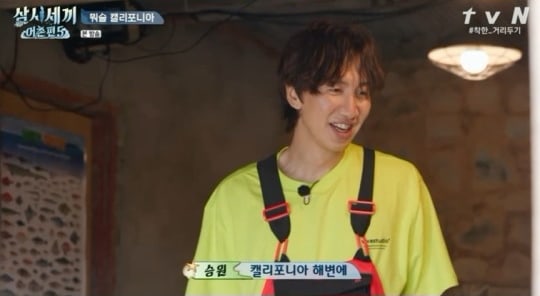 For dinner, they decided to fry the two chickens Lee Kwang Soo brought with him. With Lee Kwang Soo taking over Son Ho Jun’s usual role as Cha Seung Won’s helper, Son Ho Jun appeared a little disappointed. The producing director (PD) jokingly commented, “Rather than feeling at ease that you have no work to do, it feels like you’ve been pushed to the side,” with the actor responding, “Isn’t it weird?” 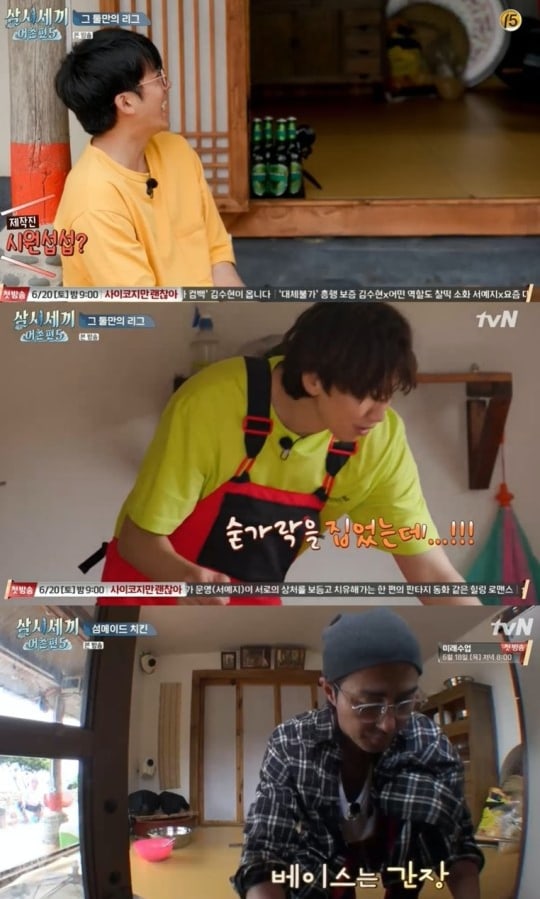 Lee Kwang Soo began having trouble opening the salt, leading Son Ho Jun to immediately get up and help him. Lee Kwang Soo expressed embarrassment that Son Ho Jun was completing tasks so quickly and hilariously exclaimed, “Aren’t you guys being way too territorial?”

The two continued with their little competition when Cha Seung Won asked Son Ho Jun for some peeled garlic. Son Ho Jun instantly began peeling the garlic when he dropped one on the ground, allowing Lee Kwang Soo to comment, “You’re so accident-prone. Now I’ll have to clean all this up.” 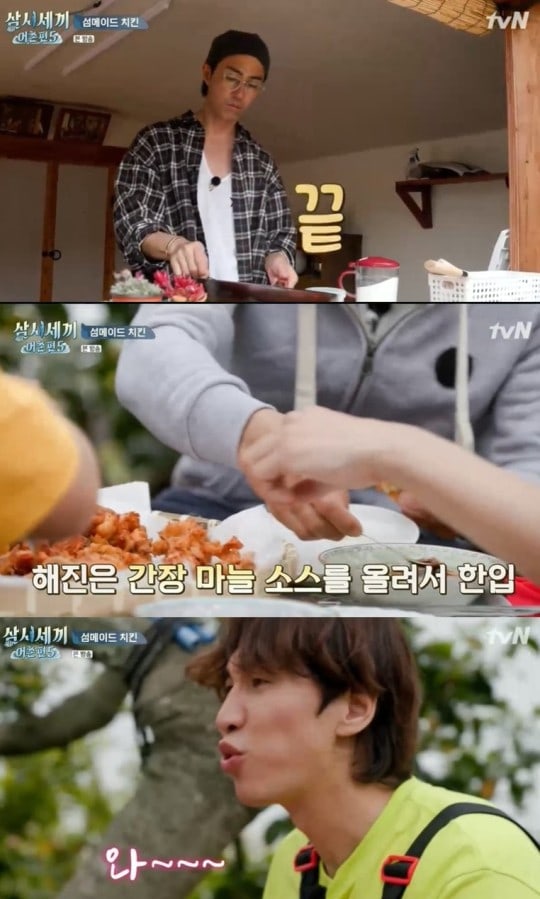