On the June 6 episode of MBC’s “How Do You Play?”, Yoo Jae Suk, Lee Hyori, and Rain continued their process of forming their co-ed group together. 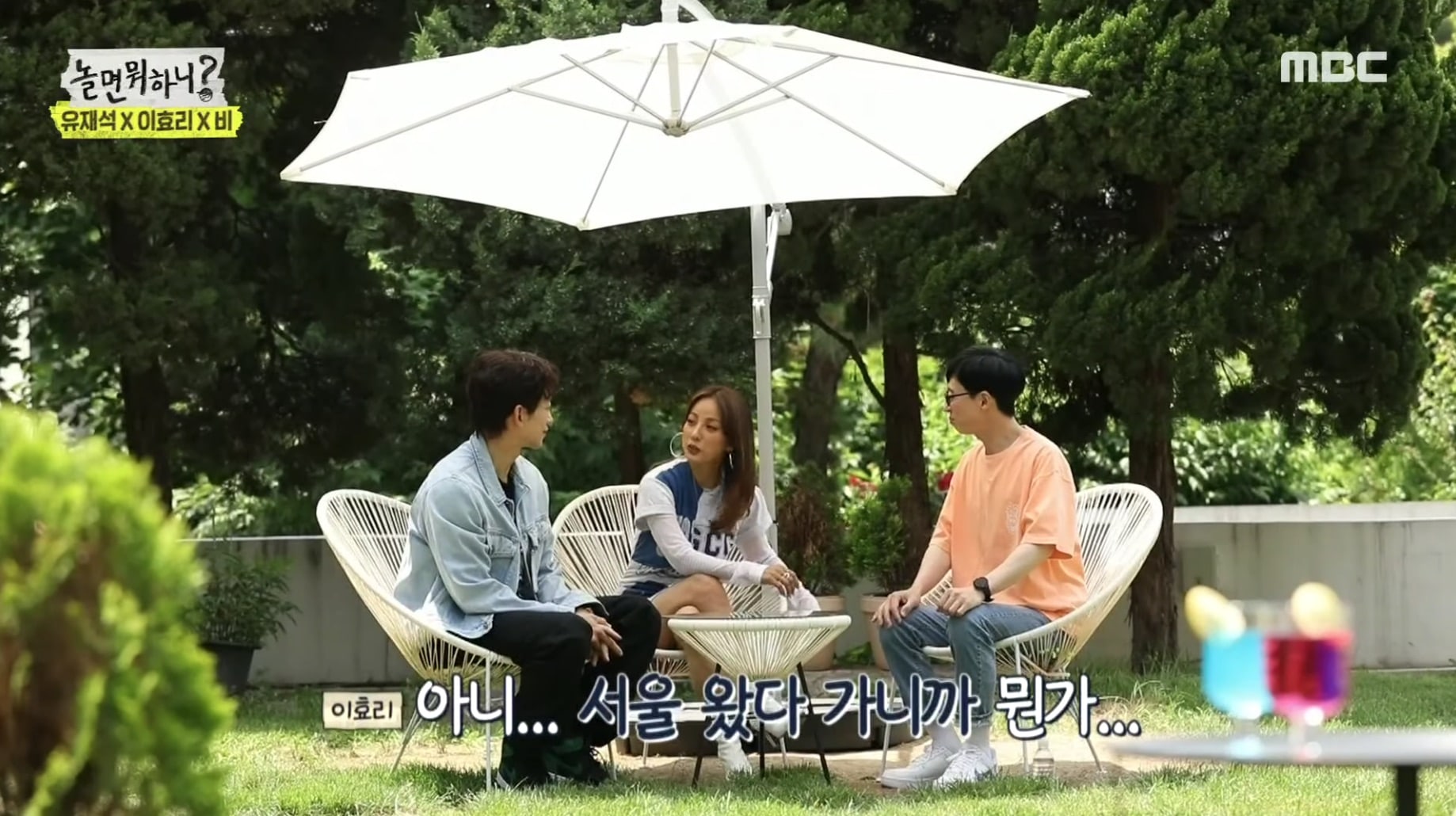 Yoo Jae Suk shared a clip that Lee Sang Soon, Lee Hyori’s husband, had sent him of Lee Hyori practicing singing at their home on Jeju Island. Lee Hyori said, “Now that I’ve come to Seoul, I feel like a Pandora’s box has been opened. I’ve become confused about who I am. I came to Seoul and met with you and people like Zico. Then I get on a plane back home and I have to mow the lawn and clean up after the dogs. There’s too wide a gap between those two lifestyles.”

Rain talked briefly about how busy he’d become since his 2017 song “Gang” went viral. The official remix of the song, produced by H1GHR MUSIC artists, recently topped the realtime charts. Rain said, “I get excited thinking about the past. Every time I collaborated with Lee Hyori in the past, I was really excited to work with her.” Lee Hyori joked, “You should’ve approached me [romantically] back then.”

Rain quipped right back, “You had too much anger back then” and Yoo Jae Suk, flustered, said, “The conversation has become quite strong.” Lee Hyori said, “If we’d dated back then, we wouldn’t be here now,” and Rain said, “What does it matter? We’d just be cool about it.” But Lee Hyori said, “I can’t do that. Back then, there were a lot of TV shows I couldn’t go on.”

Kwanghee, Zico, and producer Park Moon Chi also appeared to help them discuss the group’s musical sound and direction. The group, which will officially be known as SSAK3, is scheduled to make their debut on July 18. Yoo Jae Suk said, “I heard there’s a lot of artists making comebacks in June and July.” Kwanghee noted, “There’s a lot of girl groups. TWICE, WJSN, DIA, IZ*ONE, BLACKPINK. Also, Tae Jin Ah will be making a comeback.” Asked about co-ed groups, he said, “ZAZA is also planning to make a comeback.” 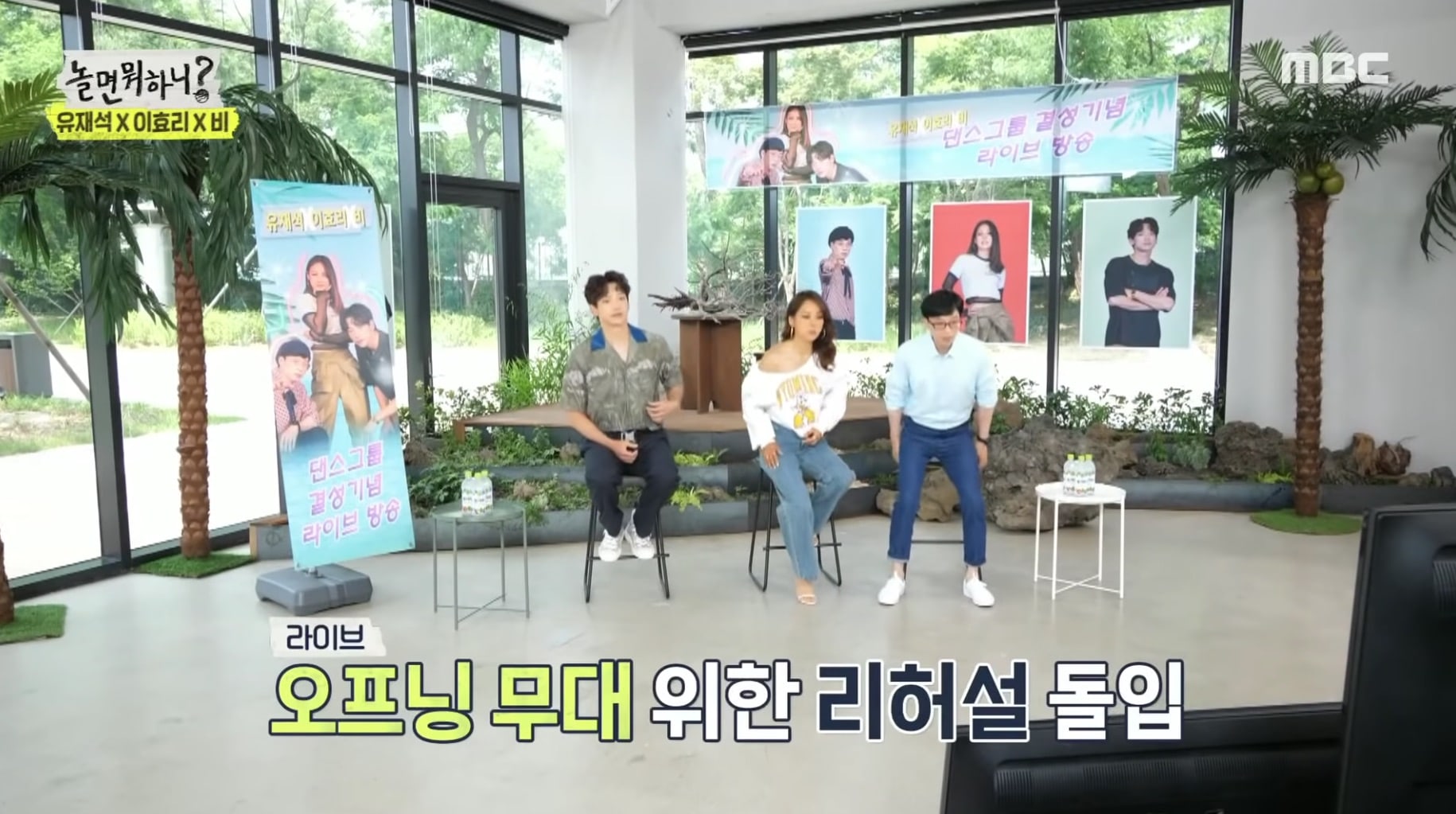 The episode also covered the YouTube live broadcast that SSAK3 did earlier this week, in which the members came with suggestions for their group and stage names. “SSAK3” was chosen for their group name, while Lee Hyori picked Linda G for her stage name. After going through a number of options, Rain chose “B-Ryong” and Yoo Jae Suk choose “Yoo-Dragon.”

Check out SSAK3’s cover performance of Uptown’s “Back to Me” below!