In previous episodes, Kim Hae Kyung and Woo Do Hee began to think of each other despite their intentions to sever their ambiguous relationship. They each went searching for the other, and the pair fatefully reunited.

The new stills show Kim Hae Kyung and Woo Do Hee embracing for the first time. Kim Hae Kyung looks uncertain as he holds Woo Do Hee, who looks up at him with an unreadable expression. In the final still, Woo Do Hee acts cute and playful while surrounded by drinks. 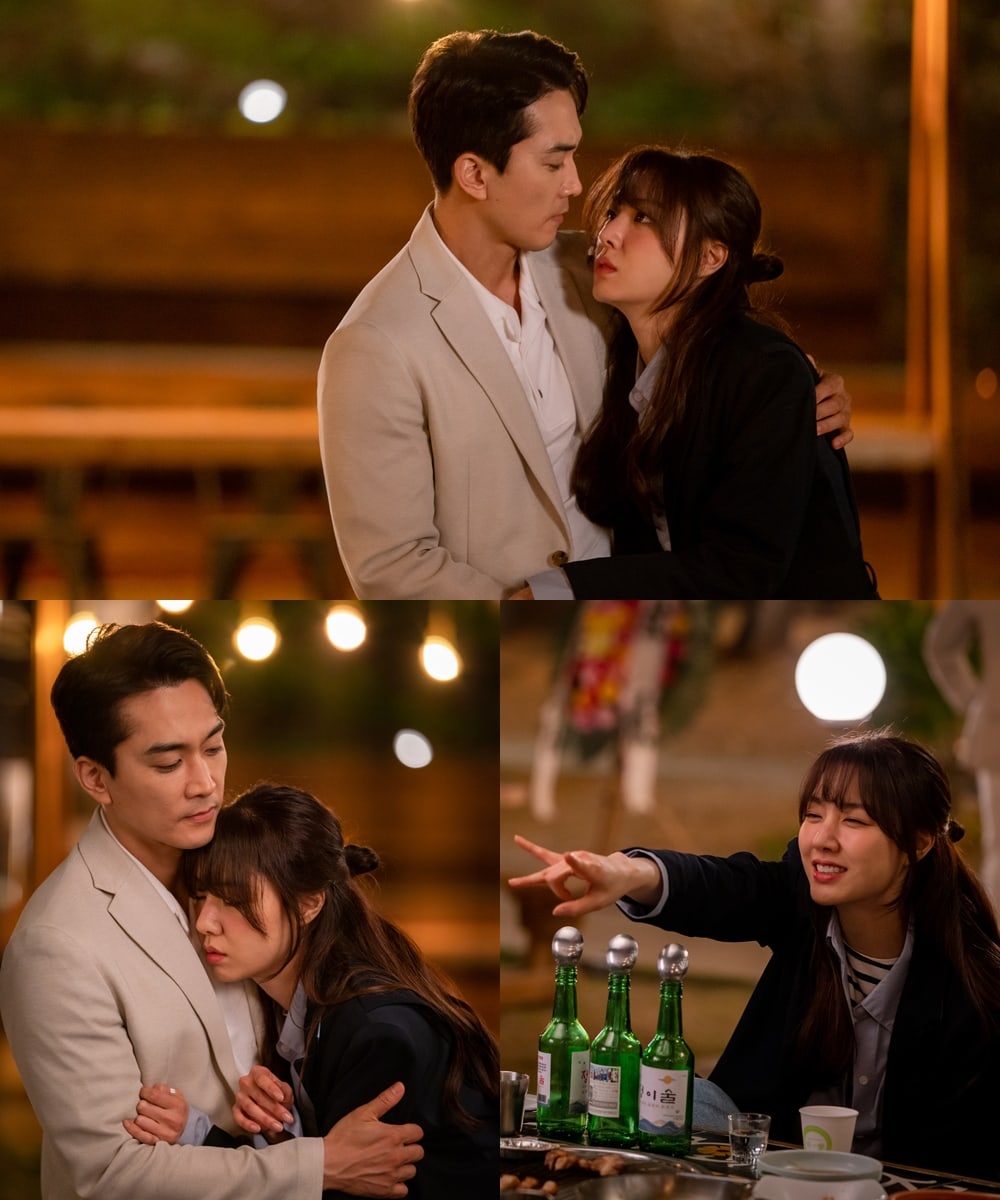 To find out how Kim Hae Kyung and Woo Do Hee’s relationship will progress, catch the next episode of “Dinner Mate” airing on June 8 at 9:30 p.m. KST.