On June 7, tvN released new stills of their complex relationship. Kim Eun Hee, Park Chan Hyuk, and Im Gun Joo unexpectedly run into each other. Kim Eun Hee looks nervous to be near Im Gun Joo, who suddenly appeared in front of her and confused her love life. Park Chan Hyuk, who knows everything that happened between the two, watches with a spark of curiosity, and Im Gun Joo seems somewhat tense and uncomfortable as he glances their way. 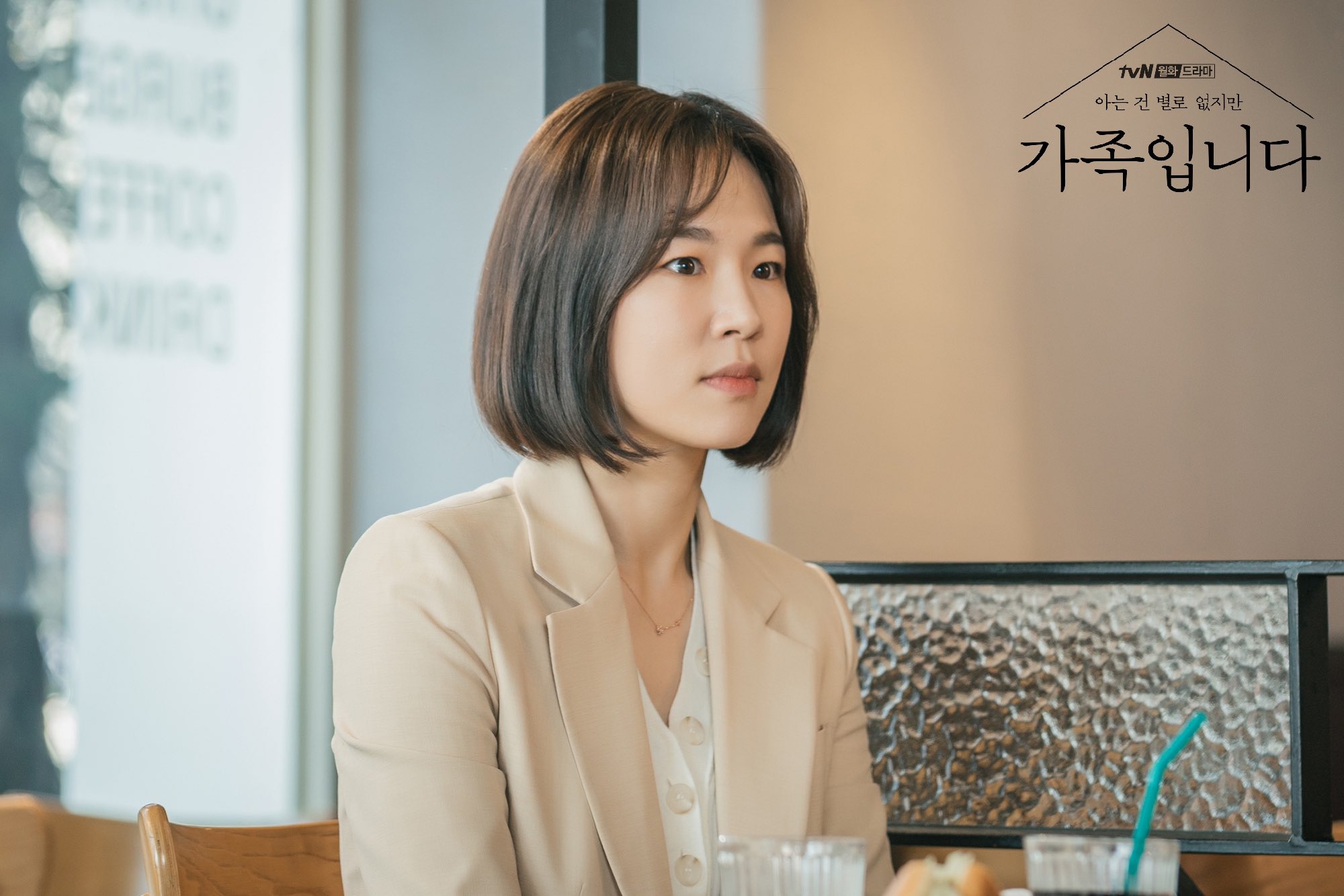 The production team of “My Unfamiliar Family” shared, “Kim Eun Hee, who has always been more considerate of others than herself, will be experiencing some changes. The relationship between the three will also be an interesting point to watch. Another twist awaits the family that has already undergone decisive changes.”

The next episode of “My Unfamiliar Family” airs on June 8 at 9 p.m. KST.