On June 7, Han Seung Woo posted a photo of himself with Kim Woo Seok on his Instagram Stories. He wrote, “It’s been a while. Seok continues to get prettier by day…”

The photo was taken backstage at “Inkigayo” on June 7. 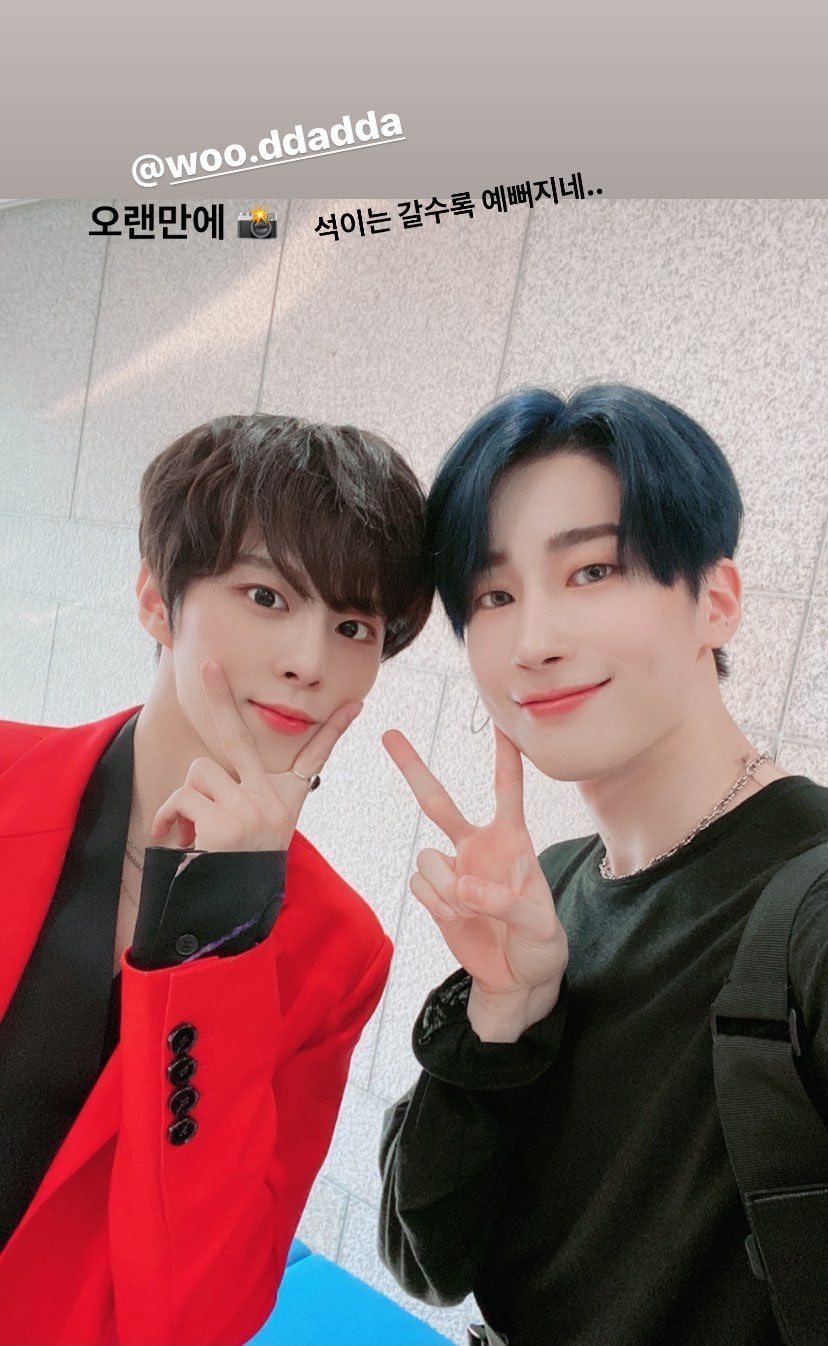 The two idols are former members of X1, a group formed through Mnet’s “Produce X 101.” Kim Woo Seok recently made his solo debut with “Red Moon,” while Han Seung Woo returned with VICTON for their second single “Mayday.”