Kim Yoo Jung has shared her thoughts on her role in the upcoming drama “Backstreet Rookie”!

When asked about why she chose to star in the drama, Kim Yoo Jung replied, “With the drama’s story taking place inside a convenience store, it was really fun and unique. Also, I was curious about how Saet Byul would grow while working at the convenience store, and I liked the stories about the different kinds of people who visited the store.”

The actress said the main reason why she chose the drama was the character of Jung Saet Byul. “Saet Byul is a girl who knows exactly what she likes,” Kim Yoo Jung explained. “Although she has a fiery personality, I also like how warm-hearted she is. She’s someone you can’t hate. I was drawn to how adorable she is.” 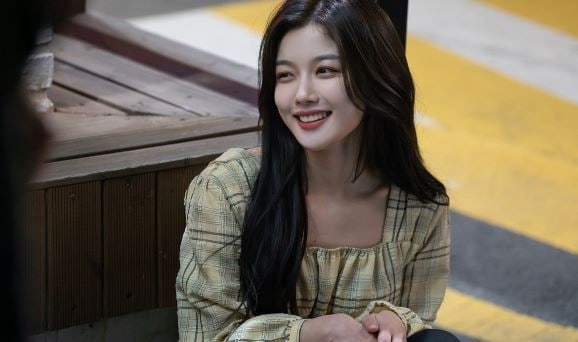 “Backstreet Rookie” will also give viewers a chance to see a new side of the actress. In the second teaser for the drama, Kim Yoo Jung shows off the strength of Jung Saet Byul as she scolds a group of high school students and delivers a powerful kick. The actress shared that she enrolled in an action school to prepare for all of her action scenes in the drama.

Kim Yoo Jung also elaborated more on her character, saying, “Saet Byul is very athletic and always works hard no matter what she’s doing. I’m working hard to show how passionate and youthful she is.”

“Backstreet Rookie” premieres on June 19. In the meantime, check out a teaser for the drama here!

Also watch Kim Yoo Jung in her previous drama “Clean with Passion for Now” below: