Minzy Shares Hopes For A 2NE1 Reunion, Compares Her Current And Past Concepts, And More

On June 8, Minzy appeared as a guest on MBC’s “Jung Sun Hee and Moon Chun Shik‘s Radio Era Now” to discuss her new music as well as her hopes for a 2NE1 reunion!

Minzy recently dropped her new single “Lovely,” her first release in three years. The hosts mentioned the difference between her current concept compared to her image while promoting with 2NE1. Minzy responded, “I think my past image was just me not smiling. Now, many are saying they’re more comfortable around me. More people are saying they feel more comfortable approaching me first. I’m originally a lovely person.”

After leaving her agency earlier this year, Minzy now runs an agency with her father. She shared, “You could call it a small family business. I do have a long-term goal of training juniors in the future though.” Minzy also shared a funny downside to working with her father, sharing, “I want to rest after working really hard, but it’s a little uncomfortable because my dad is so by-the-book.” 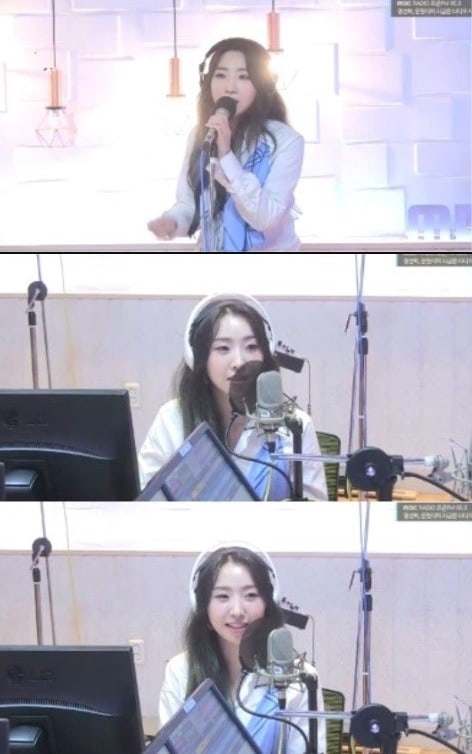 She talked about the difference between promoting in a group and promoting by herself, saying, “I have to memorize lyrics that I originally didn’t sing, and it’s a little burdensome to have to prepare the rap, song, and dance, but my fans are so enthusiastic. I have so many passionate fans.”

The 2NE1 members recently celebrated their 11th debut anniversary over a video call, of which Minzy commented, “Due to the coronavirus, we had to have a remote meeting. We congratulated each other over a voice call.” She showed off the group’s close friendship by adding, “When I mentioned I was already 27 years old, Park Bom said it was gross.”

She addressed a possible 2NE1 reunion, saying, “Sometimes when we chat about it at a cafe, we have the desire to. We joke, ‘We have to quickly meet before we get osteoporosis.’ Since our image was strong and powerful, we sang with confidence. I’m also dreaming of our group promotions.”

Minzy also teased fans by announcing, “Although I came out with ‘Lovely’ this time, next time I will return with an exciting dance performance.”