BTS’s V shared some exciting news during a live broadcast on June 9!

“Lately I’m writing a lot of songs,” he shared during the show. “I’m really focusing on writing songs, and I always end the day with a drink. Yes, that’s the life I’m living.”

He went on to say, “I’m not sure who will be the next member to release a mixtape after Suga’s mixtape came out, but I’m going to try to do it this year.”

“I don’t know how many songs I’ve got that will go on the mixtape, but I think I’ve got about eight songs written,” he said. “I’m not sure which ones will go on the mixtape but I’m putting a lot of thought into it now. I want to only give ARMY good songs, so I’m thinking a lot while I write them.” He clarified that it might not work out, but his goal is to have it out this year.

“All the members are probably the same, but I’ve written one or two songs for BTS,” he added, likely referring to tracks he’s written for the group’s next album. “It might not work out, so don’t have high expectations.” 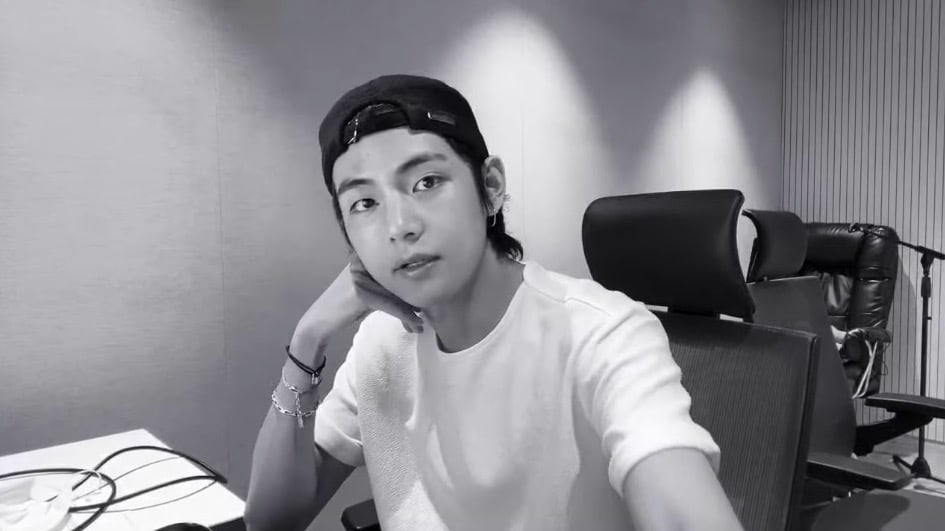 If V’s mixtape comes out next, he’ll be the first member of BTS’s vocal line to release an official mixtape. So far, the rapper line of RM, Suga, and J-Hope have all released mixtapes.