The newly revealed stills show Choi Dae Hyun and Jung Saet Byul spotted in a place outside the convenience store. It is the moment they first meet, even before she begins working at his store. 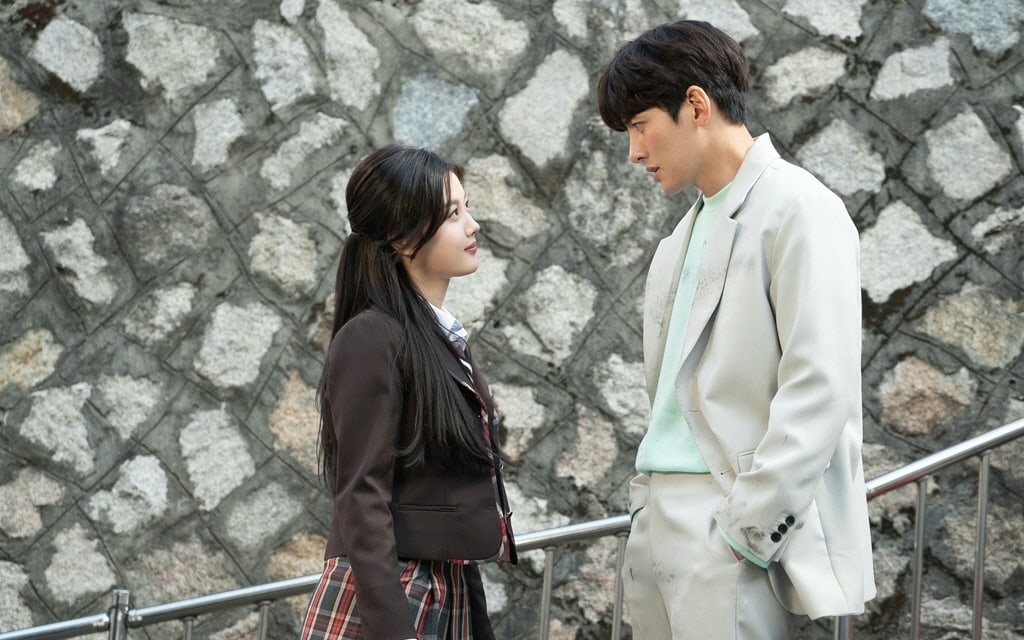 Through this encounter, Jung Saet Byul leaves a bomb-like first impression on Choi Dae Hyun. The first episode of “Backstreet Rookie” will answer viewers’ questions about how they end up working together at Choi Dae Hyun’s convenience store and what kind of chemistry they will show.

The drama’s producers revealed, “Ji Chang Wook and Kim Yoo Jung have such great chemistry that the simple act of making eye contact with each other makes them laugh. Please look forward to finding out how the extraordinary first encounter between Choi Dae Hyun and Jung Saet Byul will lead to their current relationship as owner and part-time employee of a convenience store.”

“Backstreet Rookie” premieres on June 19 at 10 p.m. KST. Watch a teaser here while you wait!