DIA made their return, and they held a showcase for their mini album “Flower 4 Seasons” on June 10!

This is the group’s first comeback in a year and two months, and they’re promoting their sixth mini album as a five-member unit.

Leader Huihyeon explained at the showcase, “As our comeback promotions approached, we had a discussion among ourselves and with the company. We decided to have the members choose to participate by volunteering.” She continued, “[Jung Chaeyeon and Somyi] seem to need more personal time, so we respected their decisions. There’s no special meaning in us being called a DIA unit. We hope that you won’t worry about these promotions and will be excited about them.”

For their return, DIA chose a pure concept, which has been one of their strengths. Huihyeon said, “I was worried about whether we could pull off the bubbly and innocent concept, but once we actually did it, I thought it wasn’t bad. [Jung Chaeyeon and Somyi] also said that it’s a good fit for us.”

She commented, “Since we were preparing for our comeback as a unit, I felt their absence keenly. The only good thing about promoting with five members is that we can all ride in just one car.”

“The members are preparing for the next comeback,” Huihyeon continued. “We’re going to work hard in these promotions so that we can do the next album together. Please show a lot of interest in not only this album, but also our next album.” 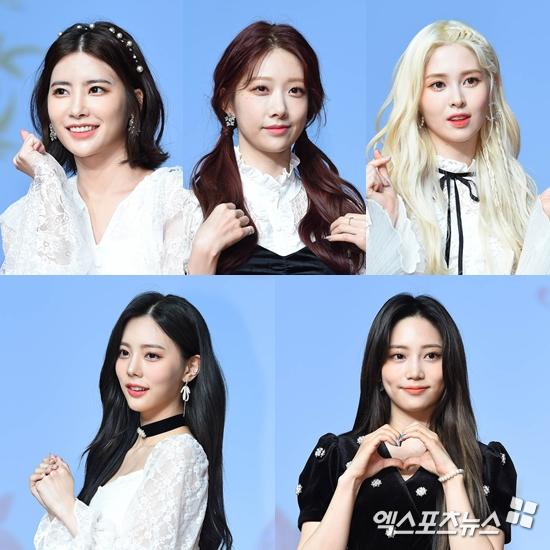 Check out DIA’s return with their title track “Hug U” here!

DIA
XPN
How does this article make you feel?