Kim Soo Hyun Talks About Returning With 1st Lead Drama Role Since Military Service, “It’s Okay To Not Be Okay” Cast Describes Working Together, And More

The cast of “It’s Okay to Not Be Okay” talked about working on set together and more!

The drama includes fantasy elements and features famous fairy tales such as “The Red Shoes” and “Bluebeard,” as well as tales for adults that were made just for the show. Director Park Shin Woo said, “The female lead character is a writer of cruel fairy tales. The drama is similar to such fairy tales in that they both blur the distinction between normal and abnormal, and common sense and senselessness.”

He went on to say that he thinks that everyone in the world is a bit crazy, and that the drama will give people the opportunity to reflect on themselves. “The core message of the drama is, ‘You have to look at people as they are,'” he said.

Kim Soo Hyun is making his return with his first starring role in a drama since he was discharged from the military. When asked if he’s changed after experiencing military life, Kim Soo Hyun said, “I went to the military late in life. That was really advantageous for me. It felt a bit like a break, and most importantly, my physical stamina improved. That gives me a bit more freedom. There are still things I’m lacking when it comes to acting, but I think that those aspects make up for that a lot.”

“At the same time, I’ve also become more nervous,” he continued. “This is my first time doing this kind of thing in such a long while. I even feel awkward holding a mic.”

Someone commented that his good looks haven’t changed at all, and Kim Soo Hyun joked in reply, “I’m taking a lot of vitamins, and I’m grateful because you edit my photos well.” 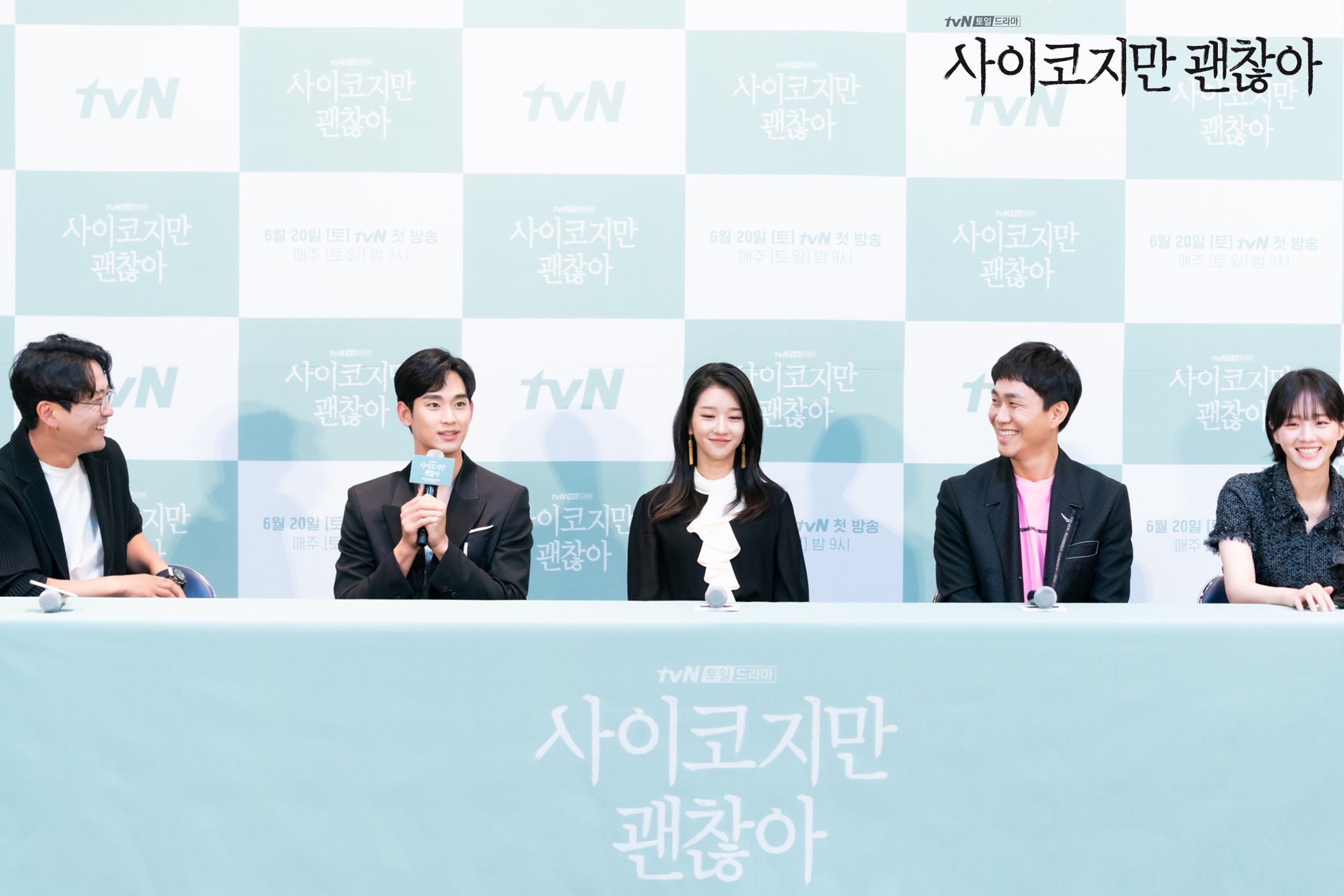 When asked about casting Kim Soo Hyun, Director Park Shin Woo said, “What specific reason would I need to cast Kim Soo Hyun? Do I even need to say?”

Kim Soo Hyun shared that the title of the drama had caught his eye (the literal Korean title of the show is “I’m Psycho but It’s Okay”). He also said, “The character Moon Kang Tae has been hurt a lot, and I wanted to resonate with people by conveying his pain.” He said, “I’m going to do a good job of explaining his healing process.”

Seo Ye Ji was asked to describe her character Go Moon Young as a shape, and she chose the words “cutting” and “sharp.” She said, “She’s a cold person with no empathy, but regardless of how many scars she has, she’s very defensive.”

She explained that while Go Moon Young spends a lot of time making herself look good, it’s a method of self-defence rather than her being ostentatious. She said, “I think of it as a kind of armor; she’s saying to others, ‘This is the type of person I am, so be quiet. Don’t speak to me.'”

Kim Soo Hyun said about starring alongside Seo Ye Ji, “We feel very comfortable with each other normally, but when she’s acting in front of the camera, it’s like Go Moon Young immediately comes out. I get goosebumps.” He added, “I receive energy from her in that way and feel greatly motivated by her.”

Seo Ye Ji commented, “As he just said, we’re very comfortable together, but when he starts acting, he gets incredibly focused. It’s made me think, ‘That’s why he’s ‘The Kim Soo Hyun,’ and he’s a great help to me.” 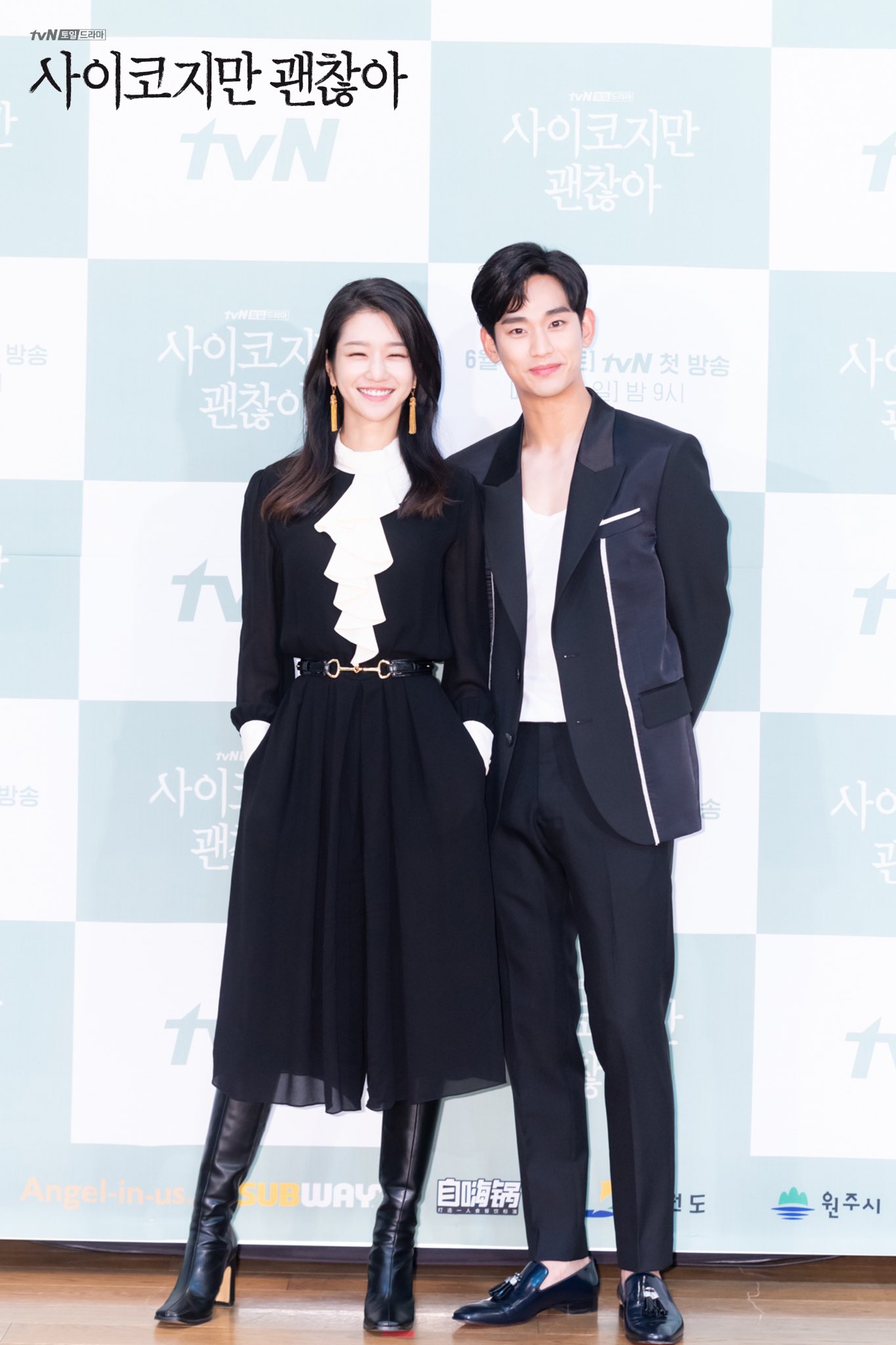 Oh Jung Se plays the role of Moon Sang Tae, who is a very talented illustrator on the autism spectrum, while Park Gyu Young plays Nam Joo Ri, a nurse with a one-sided crush on Moon Kang Tae. Park Gyu Young shared, “I’m happy to be working together with senior actors that I admire.”

Ahead of the premiere, many drama fans have been excited to see Kim Soo Hyun and Oh Jung Se play brothers. Oh Jung Se said that while he’d been expecting filming to be difficult, he ended up experiencing a lot of emotions naturally.

“While saying my lines, I ended up saying the word ‘hyung,'” explained Oh Jung Se, referring to a term used by a man towards an older brother or male friend. “Psychologically, Moon Sang Tae’s younger brother is like a hyung to him,” he said. “I’ve experienced a lot of emotions and I’m thinking of him as a hyung.”

Kim Soo Hyun also said, “We were really shy with each other at first, but after working together on set, something built up between us even though we weren’t talking to each other a lot, since he’s really witty and fun.” 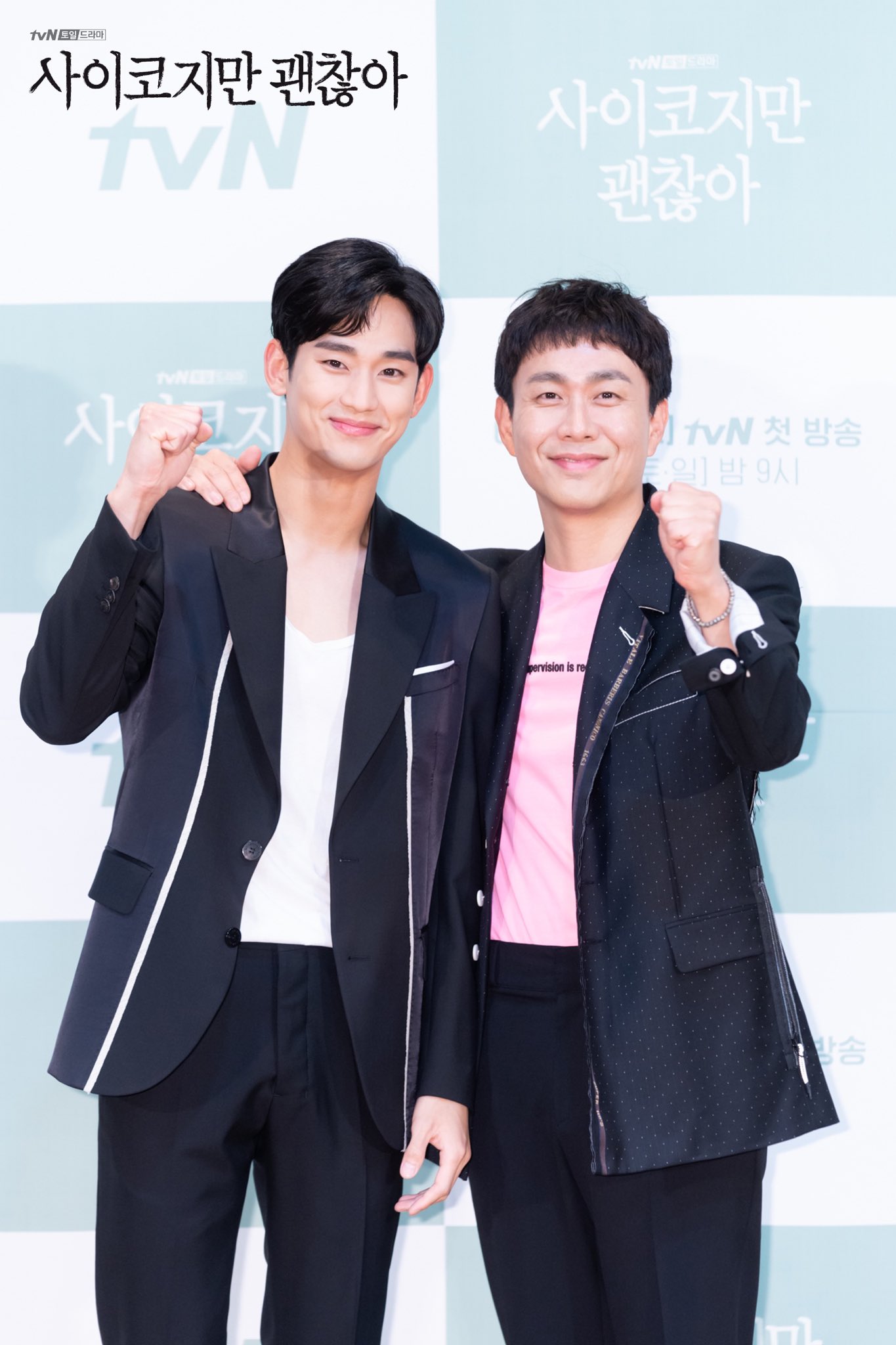 “When I heard about the show, the director, and the cast, I thought to myself, ‘This is already all set,” added Kim Soo Hyun. “I’m working hard with the intention of just observing what’s already perfect.”

He also said, “I hope that we’ll get viewership ratings of 15 percent. Park Shin Woo will make that happen.”