In the previous episode, the production team of Park Jin Sung and Kim Ah Jin’s cooking program took a trip to the beach. The trip became an important turning point in their relationships with each other as they had honest conversations and enjoyed their time together. The love triangle between Park Jin Sung, Kim Ah Jin, and Kang Tae Wan was also ignited.

The behind-the-scenes stills are a testament to the cast members’ friendship. They all wear different colored tracksuits, which are their team uniforms, and smile brightly, laughing and playing around in front of the camera. 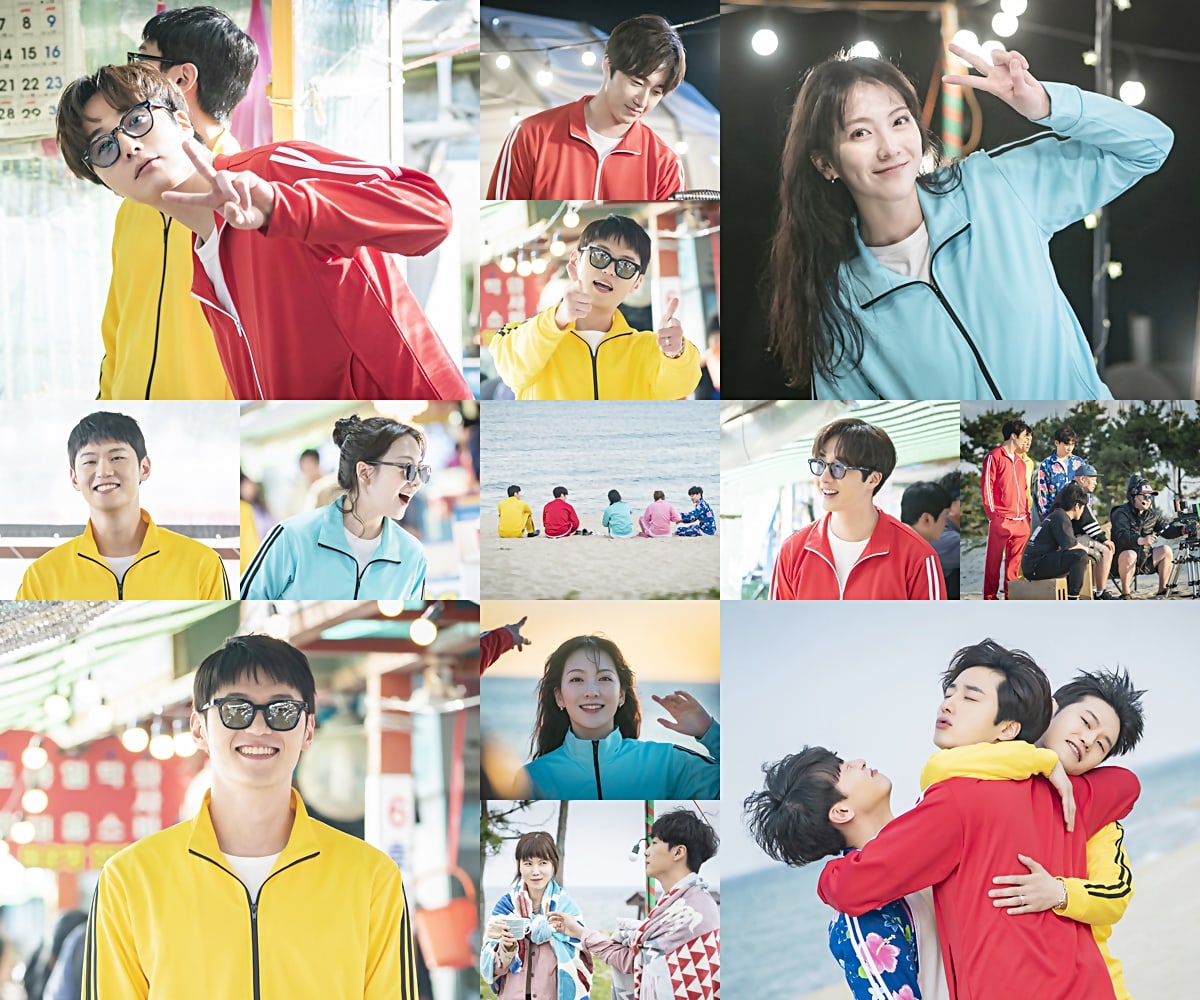 The actors all did their part to make sure the filming went smoothly. Jung Il Woo was very friendly on set and took good care of his co-stars and staff. Kang Ji Young also brightened the mood with her energetic smile and easygoing manner. Finally, Lee Hak Joo, whose character is known for his cold charismatic aura, was the exact opposite of his role behind the camera. His friendliness and jokes were said to have given an energy boost to everyone on set.

Jung Il Woo reminisced about the filming, saying, “While we were filming, all of the actors and staff grew closer. Because of that, it felt like we were just going on a trip with friends. We had a really fun time.” Lee Hak Joo also commented, “Since we all got to know each other quickly, we were able to converse a lot in each scene. We also suggested ideas that would bring more life to the scene.”

The drama’s production team commented, “The actors’ teamwork is really great. They’re very passionate about their roles and were very considerate of each other, so the set was always full of energy. It was thanks to their hard work that they could have such special chemistry on screen.” The production team added, “From here on out the love triangle will get even more exciting, so we ask for your continued support.”

“Sweet Munchies” airs every Monday and Tuesday at 9 p.m. KST.

Catch up on the latest episode on Viki below: