BTS had an impressive number of people tuning in to their online concert “BANG BANG CON: The Live”!

On June 14 at 6 p.m. KST, just one day after they celebrated the seventh anniversary of their debut, BTS held a special livestream event that gave fans all over the world a chance to enjoy a live BTS concert at home.

For approximately 100 minutes, BTS treated fans to an exciting show that mixed some of their biggest hits with newer songs from their latest album “Map of the Soul: 7“—and the response was explosive. Over 756,600 people from 107 different regions across the globe streamed the live pay-per-view concert, which gave fans a choice of six different angles from which they could watch the show.

Before showcasing a new performance of their pre-release track “Black Swan” and a visually stunning reimagining of their 2019 hit “Boy With Luv,” the BTS members revealed, “We’ve prepared this as a sneak peek of our concert tour.” (The group’s sold-out “Map of the Soul” tour, which was originally scheduled to take place from April to September of this year, was postponed due to the COVID-19 pandemic.) 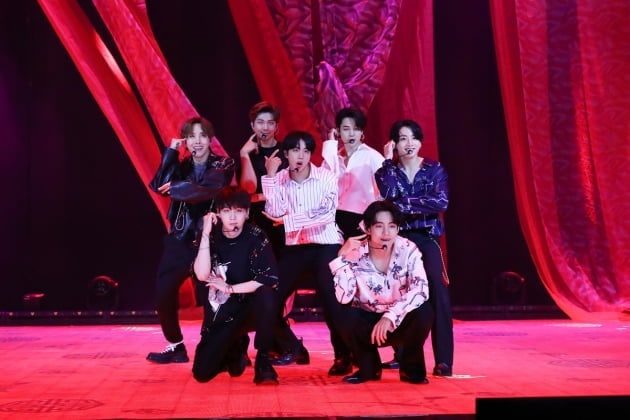 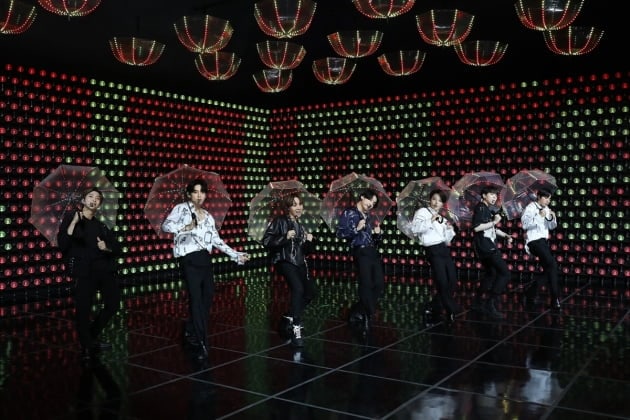 During the concert, Jin took a moment to point out that had BTS not renewed their contracts with Big Hit Entertainment two years ago, their original contracts with the agency would have ended the day before, on their seventh anniversary.

“Originally, our contracts were supposed to end yesterday,” remarked Jin. “But because we found a good agency, we’ll thankfully be able to stay together with our fellow members for a much longer time.”

“I’m getting all emotional,” he went on, before adorably asking to hug his bandmates one more time. 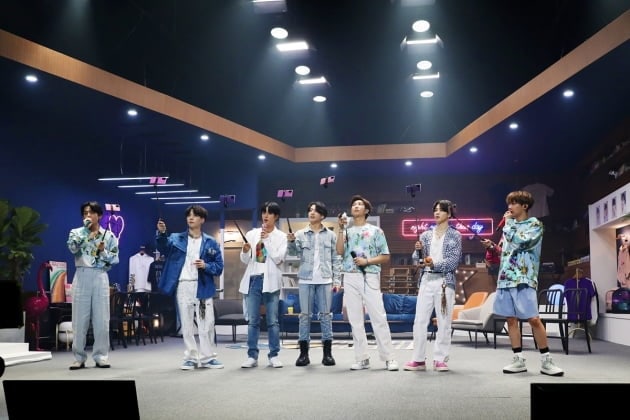 As they wrapped up the concert, J-Hope told their fans, “We worked hard to prepare [for this concert], so I hope that you could feel our love for the stage. Performing and sweating on stage like this, I feel happy.”

Jimin remarked, “We’ve been using this time that we have to spend without you to try to grow and improve on our own. I hope that you all will also successfully overcome this difficult time by finding ways to make yourself happier, so that we can meet with smiling faces [in the future].” Suga chimed in, “I’m thankful that people all over the world are watching us and our concert. Let’s meet again no matter what.”

V commented, “I hope we can hold a concert soon. I want to see ARMY [BTS’s fandom] with my eyes,” while Jungkook added, “We performed today using the strength that we gained from the love that all of you sent from different places all over the world. I hope that this performance can be a kind of new start for us.”

Finally, as they closed out the show with their hit song “Spring Day,” RM remarked, “I’m sure that a spring day will return for both BTS and ARMY.” 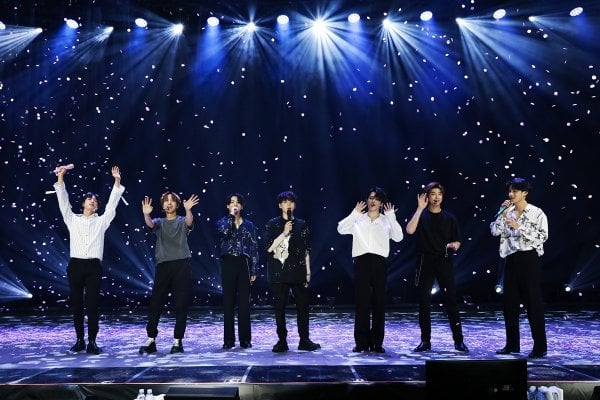