The new stills reveal yet another side to the eccentric and charming Jung Saet Byul. Instead of her convenience store uniform, she wears a shirt and white skirt while she works a different part-time job as a saleswoman. Her social skills shine through the photos as she captures the attention of everyone in the restaurant. Jung Saet Byul’s ability to keep everyone’s eyes on her with her persuasive speech suggests that this might not be the first time she has worked such a job. The images draw curiosity about why she is working somewhere else besides the convenience store. 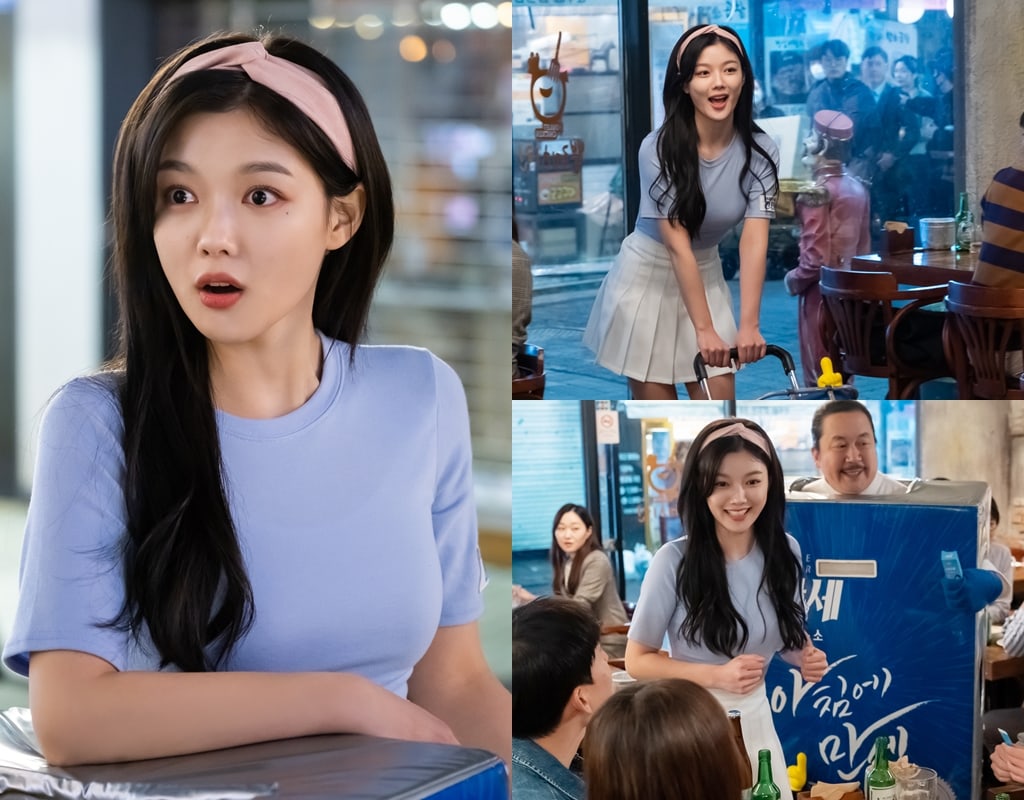 The production team praised Kim Yoo Jung and created more anticipation for the drama, saying, “Viewers will be able to see the various unique sides of Kim Yoo Jung through ‘Backstreet Rookie.’ She caused endless laughter on set thanks to her superb acting skills as she slyly and adorably portrayed Jung Saet Byul taking on a part-time job as a saleswoman. The viewers are bound to fall for Kim Yoo Jung just like we did. Make sure to watch the first episode to see Kim Yoo Jung’s splendid performance as Jung Saet Byul.”

“Backstreet Rookie” premieres on June 19 at 10 p.m. KST. In the meantime, check out a teaser for the drama here!