In a recent video on AOA’s Jimin’s YouTube channel, Seolhyun and Jimin made beaded jewelry together. The video opened with Jimin asking Seolhyun for advice on how to make YouTube content, and Seolhyun said, “You shouldn’t treat it like a TV broadcast. You have to show your more natural side.” 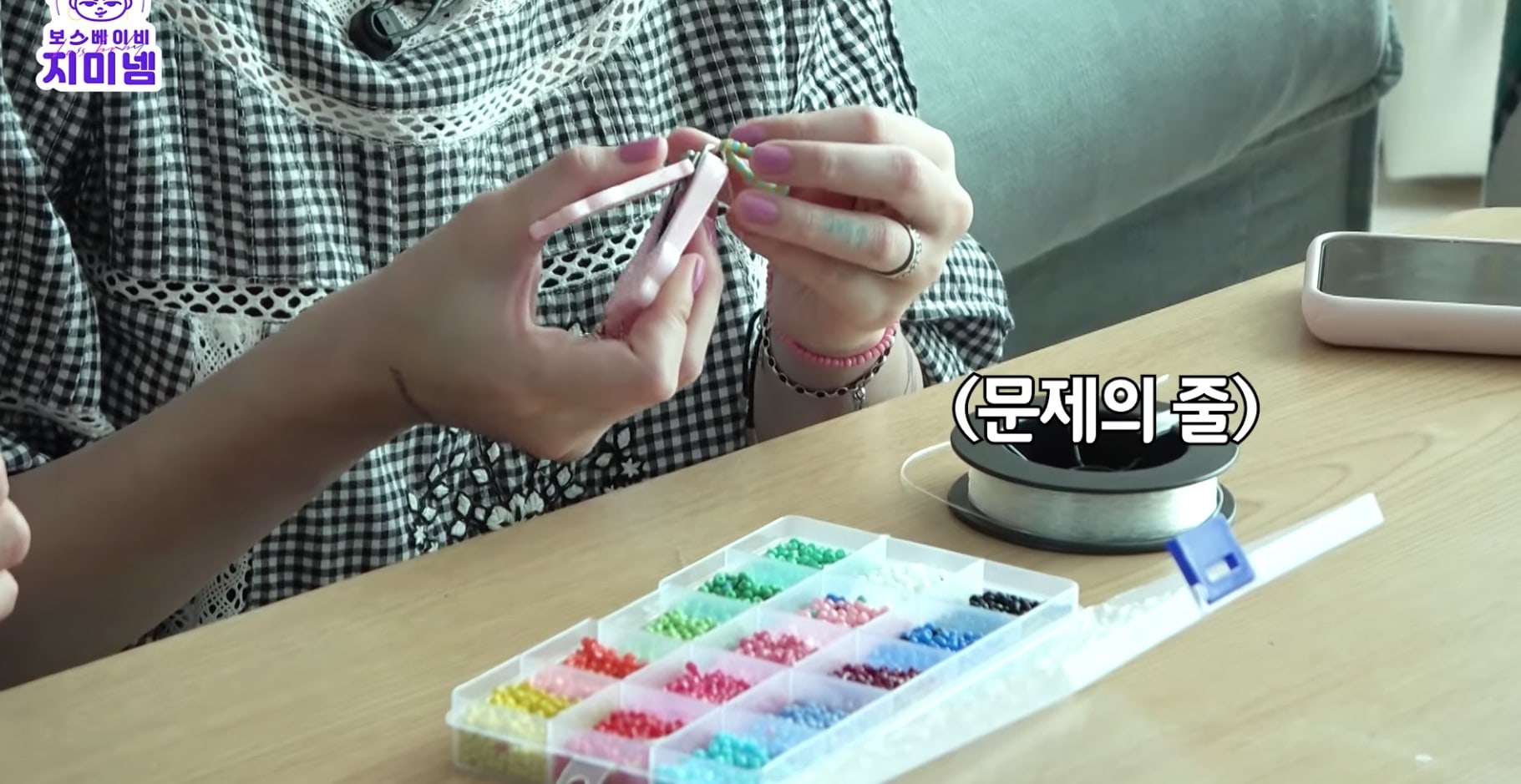 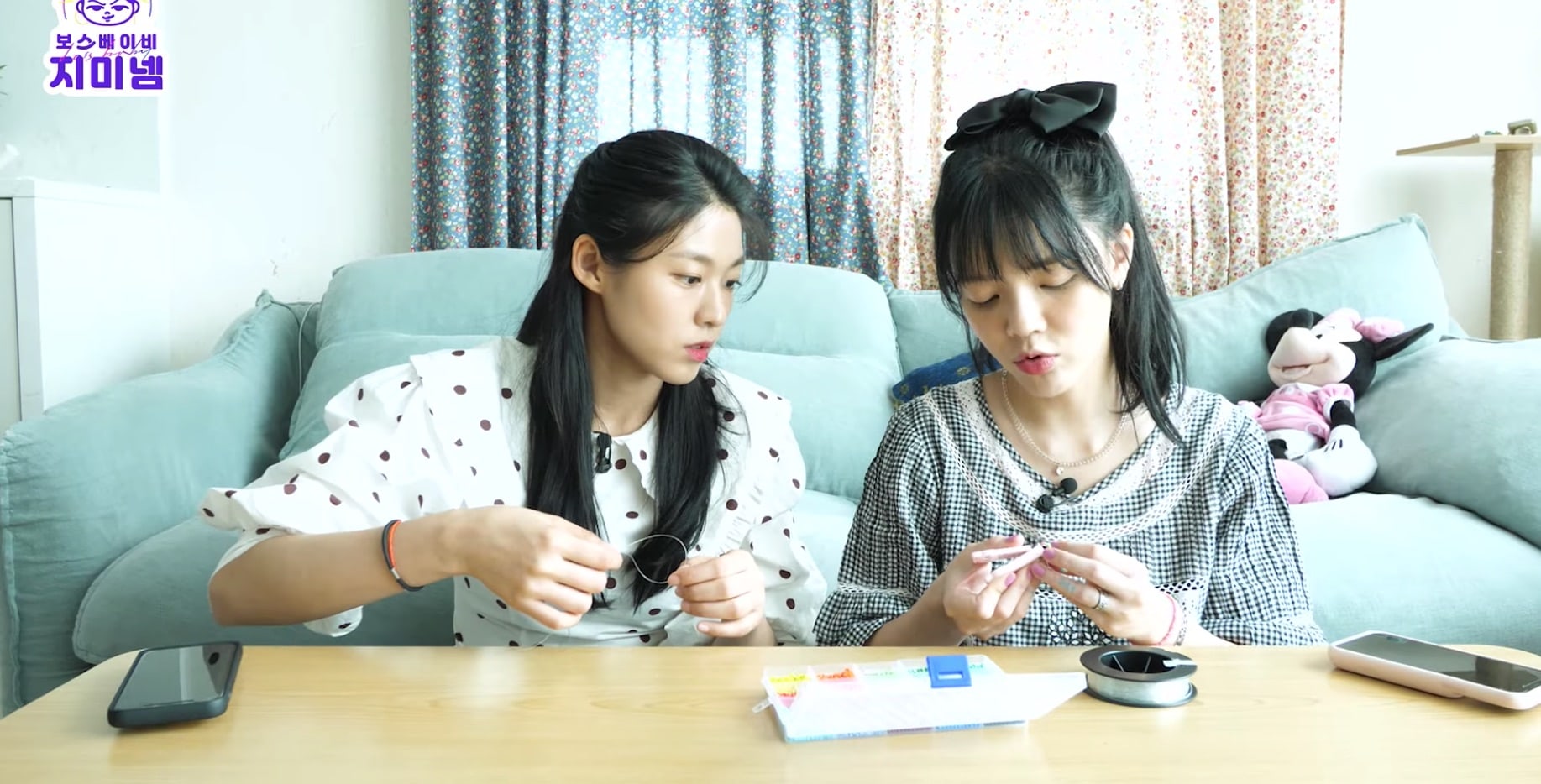 Seolhyun shared that she was currently filming her drama “Night and Day,” which co-stars Namgoong Min. Jimin said that she meets with Seolhyun often, usually more than once a week, but that they don’t do much together. “We do whatever is trendy,” she said. Seolhyun added, “We hate being left out of the ‘in crowd.'” 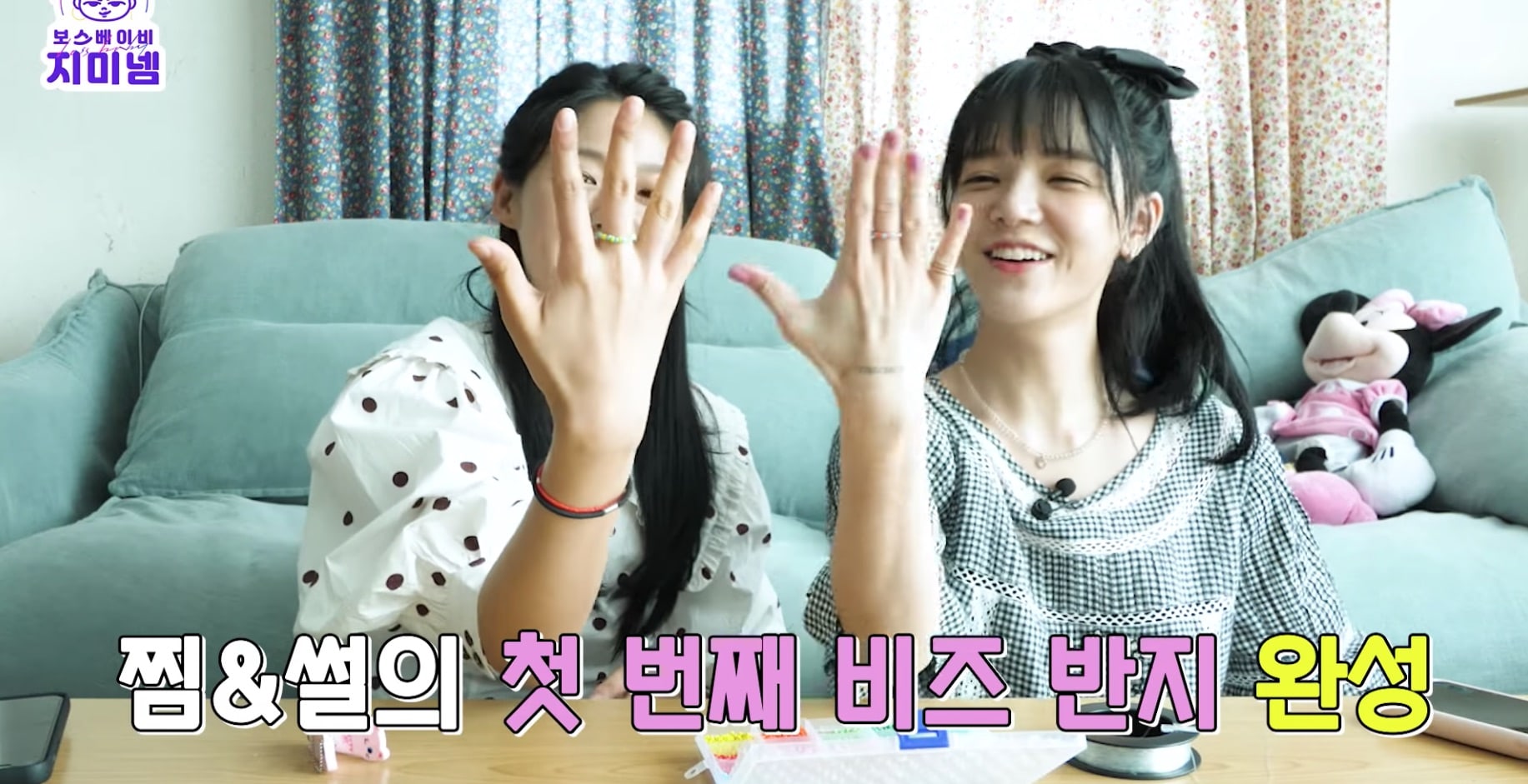 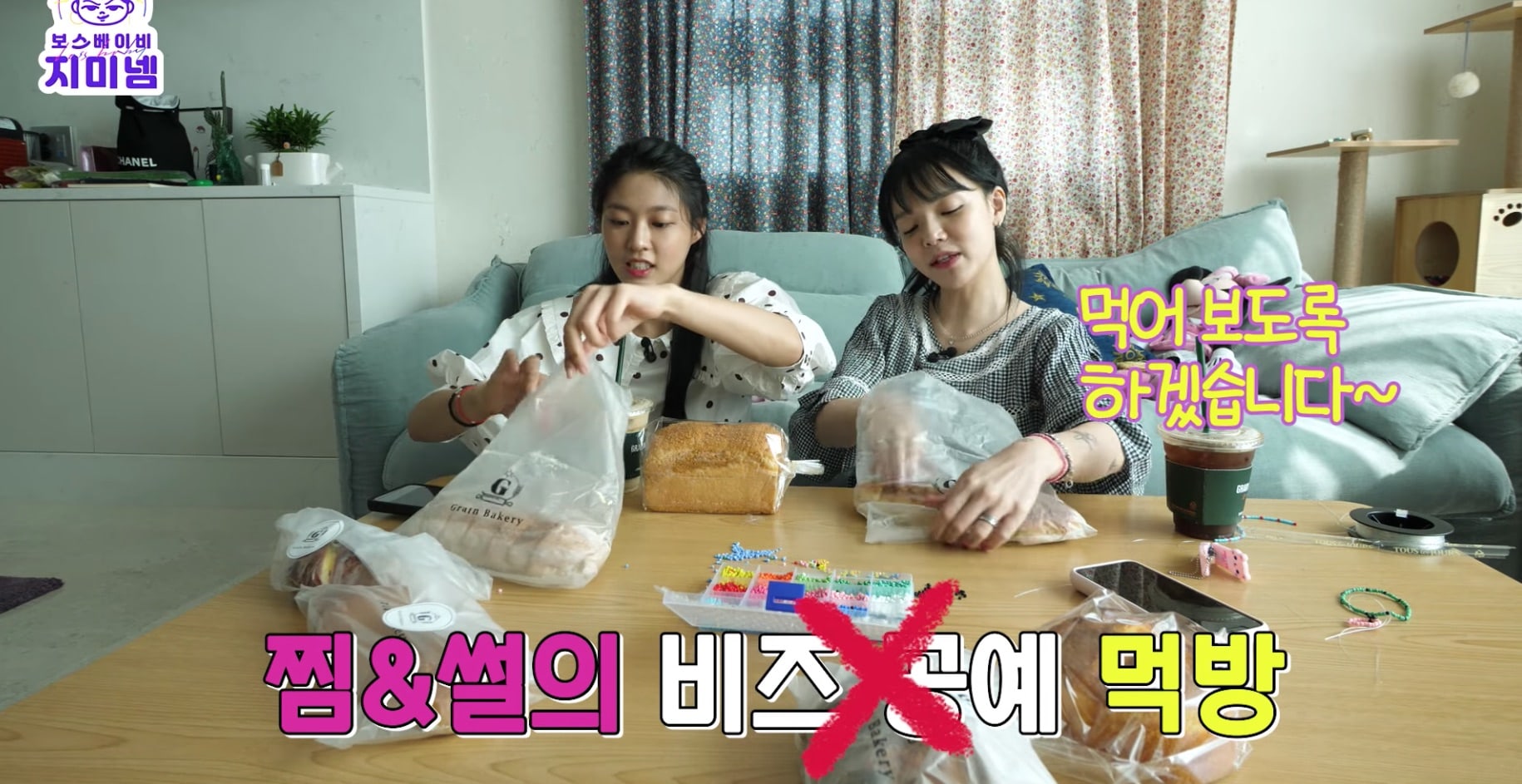 After the two made their first rings, they exchanged them and admired them in front of the camera. The two of them continued to make beaded rings and bracelets and talked about their relationship, ordered food and held a brief eating broadcast (mukbang), and talked about Jimin’s future activities on YouTube.

Afterward, Seolhyun shared a photo of their handmade rings and bracelets on her Instagram account. Taeyeon left a comment saying, “I want to try it too.” Seolhyun replied, “Let’s make it together, unni.”