On June 18, the upcoming drama released new stills of Jung Saet Byul’s “very suspicious job interview” with Choi Dae Hyun, who indeed appears to be glaring at her suspiciously. In contrast to the haggard, slouching Choi Dae Hyun, the perfectly poised Jung Saet Byul is practically glowing as she exudes an air of imperturbable confidence.

Unlike what you would normally expect from a job interview, the applicant seems to have the upper hand in the situation, while the interviewer—who looks confused and flustered as he clutches Jung Saet Byul’s job application—seems to be the one struggling to figure out his next move as the interview heads in an unexpected direction. 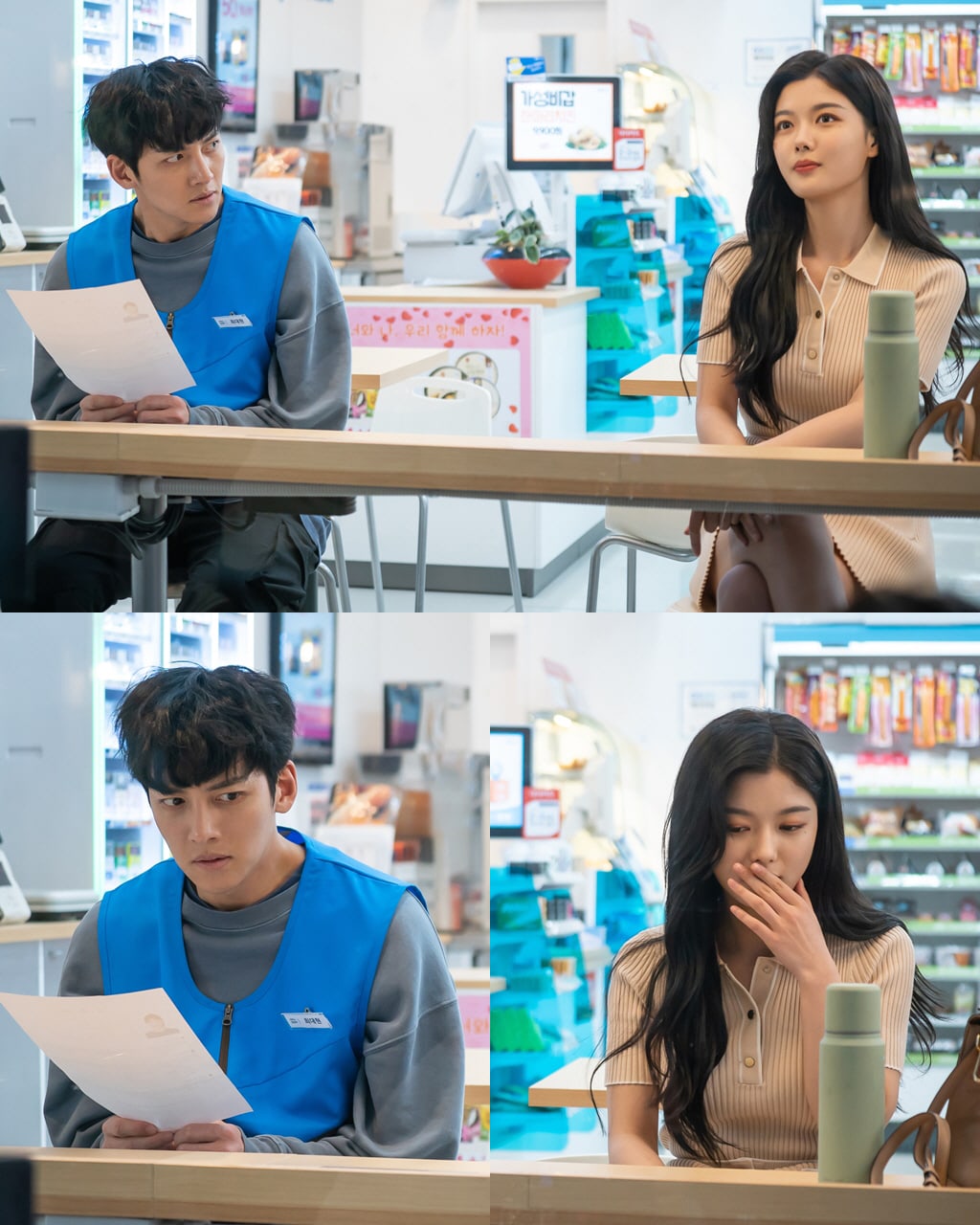 The producers of “Backstreet Rookie” commented, “Following the arrival of the unpredictable time bomb that is part-time employee Jung Saet Byul, not a day of peace will go by at Choi Dae Hyun’s convenience store. We hope that you’ll tune in to this beginning.”

They went on to add, “Please look forward to the fantastic chemistry between Ji Chang Wook and Kim Yoo Jung, which will begin with the very first episode, as well as their passionate acting as they transform into their once-in-a-lifetime characters.”

“Backstreet Rookie” will premiere on June 19 at 10 p.m. KST. In the meantime, check out the latest teaser for the drama here!