“Road to Kingdom” has now wrapped up with a dramatic finale!

After showing their talent and gaining new fans throughout the show, the five remaining teams (THE BOYZ, ONEUS, ONF, PENTAGON, and VERIVERY) performed new “comeback” tracks for the first time in the live finale on June 18 as they aimed to score crucial votes from viewers worldwide.

The winner of the show was determined by a combination of votes during the final live broadcast, cumulative scores from competition rounds one to three, cumulative views of video clips on Mnet’s official YouTube and Naver TV accounts, and the digital score (according to Hanteo Chart) for each group’s “comeback” song that was released on June 12. Votes from international fans through the Whosfan app accounted for 30 percent of the live broadcast score, and domestic text votes accounted for the remaining 70 percent.

As the groups got ready to perform in the live finale, the ranking of the five groups was updated to include the three rounds’ cumulative scores, views on video clips, and the digital scores from the comeback song battle. THE BOYZ was in first, ONF in second, PENTAGON in third, ONEUS in fourth, and VERIVERY in fifth at this point. 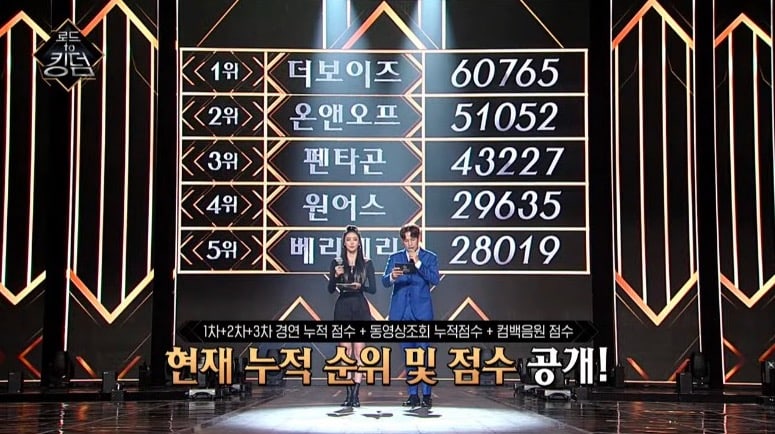 The teams then each premiered their new songs with performances, before live voting closed. Watch their performances below!

While there was the possibility that two groups would go on to join Mnet’s upcoming program “Kingdom” if the team with the highest cumulative score over the whole show and the winner of just the finale were two different groups, it was announced that only one group would be heading to “Kingdom.”

THE BOYZ and ONF were announced as candidates for the top spot, and it was then revealed that THE BOYZ won! They received a trophy and a pass to go to “Kingdom.” 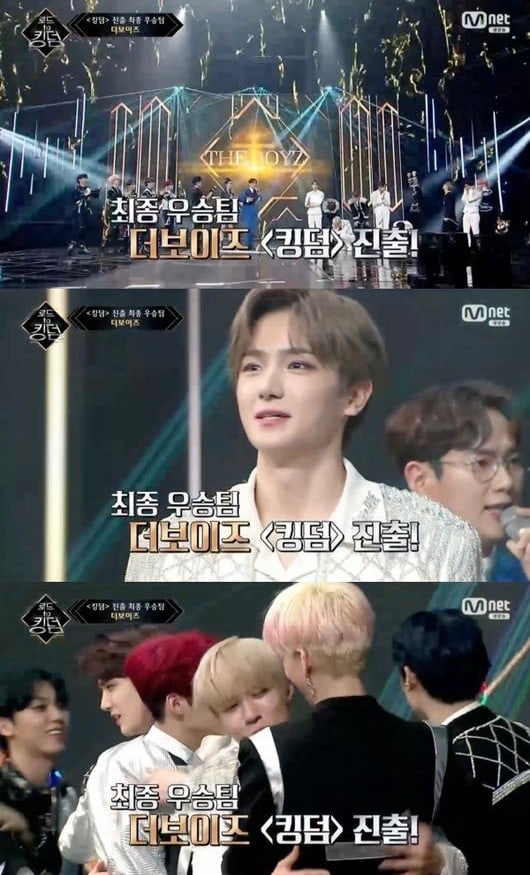 Congratulations to THE BOYZ!

PENTAGON
ONF
THE BOYZ
ONEUS
VERIVERY
Road to Kingdom
How does this article make you feel?