Ahead of the drama’s premiere on June 20, tvN released new stills of Kim Soo Hyun and Seo Ye Ji in “It’s Okay to Not Be Okay.”

“It’s Okay to Not Be Okay” is an off-kilter rom-com drama about a fairytale romance. Kim Soo Hyun stars as Moon Kang Tae, a community health worker at a psychiatric ward who doesn’t have time for love. Seo Ye Ji stars as Go Moon Young, a successful children’s book author who has antisocial personality disorder and has never known love.

In the new stills, Seo Ye Ji embraces the strange side of her character by dressing head-to-toe in black, in an elaborate gown that calls to mind her profession as an author of dark fairy tales. She holds a knife and looks calm and interested in the situation, while Kim Soo Hyun is on his guard, holding tightly to the blade of the knife as blood drips down his palm. 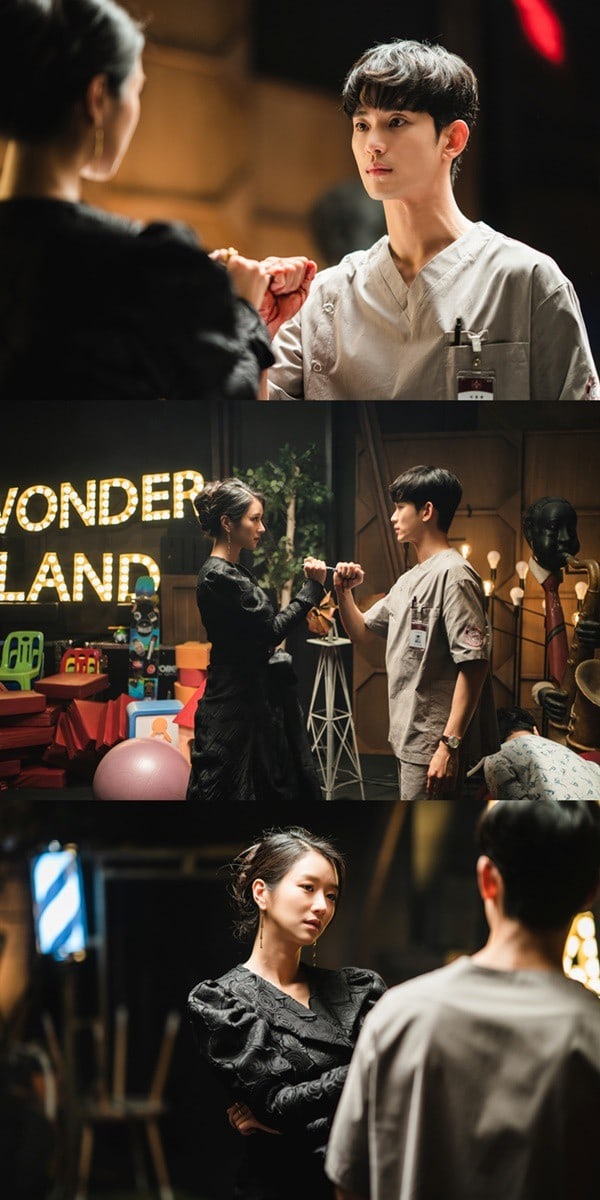 The presence of the sign “WONDERLAND” in the background suggests that the two might meet not only in the real world but also in the world of fairy tales.