The first still shows Woo Do Hee staring blankly at the ground as rain falls overhead. Viewers are questioning what could have caused her change in mood after starting her romance with Kim Hae Kyung. In the following stills, Kim Hae Kyung comes to her side and holds a jacket over her head to protect her from the rain, all the while looking at her with a caring gaze. It remains to be seen how their relationship will develop as they begin to show more affection towards each other. 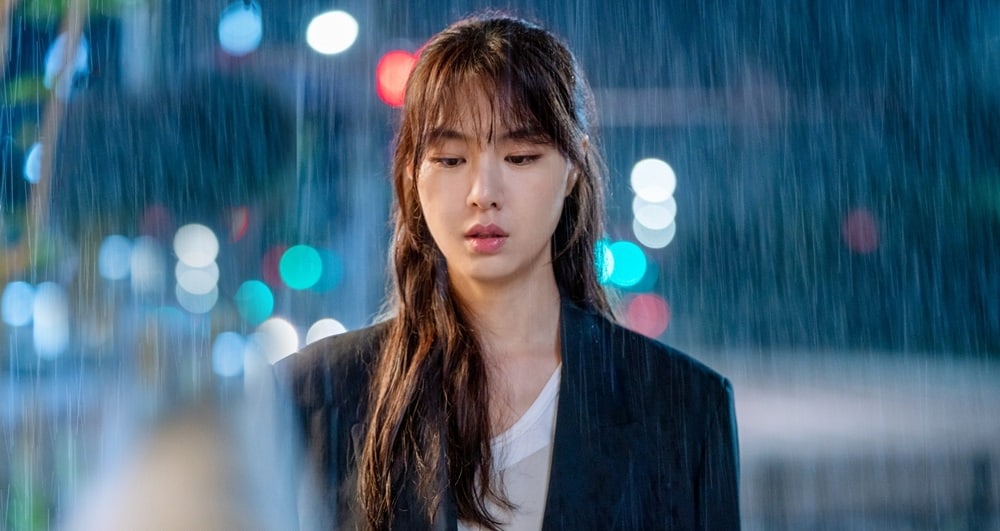 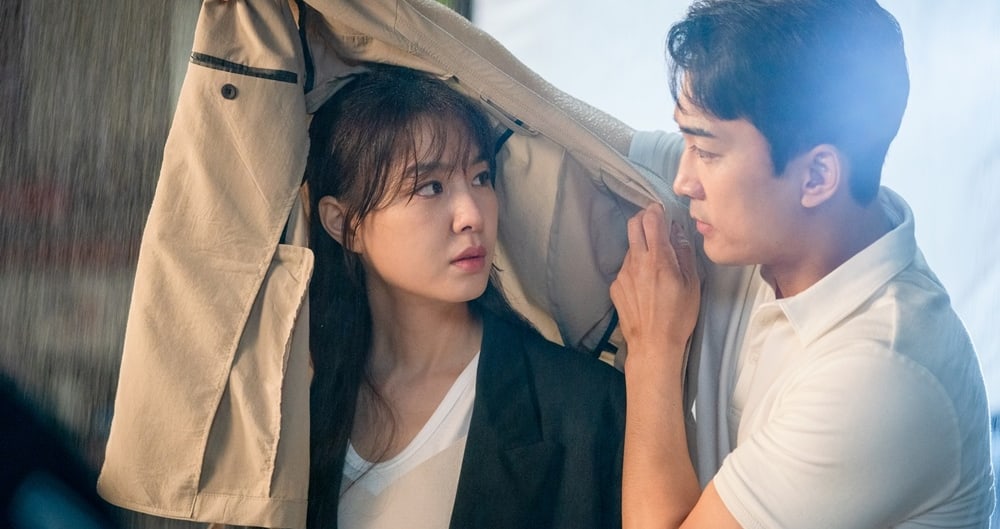 In addition, the pair becomes involved with Jung Jae Hyuk (Lee Ji Hoon) and Jin No Eul (Apink‘s Son Naeun) following Kim Hae Kyung’s decision to appear on broadcast. In the previous episode, after causing chaos at the filming location, Jung Jae Hyuk even fabricated a scenario in which he had to rescue Woo Do Hee. It appears as though Jung Jae Hyuk’s bad intentions will cause ripples in Kim Hae Kyung and Woo Do Hee’s romance.