tvN’s “It’s Okay to Not Be Okay” released new stills ahead of the second episode!

The first episode displayed the heartwarming relationship between the two siblings, but also foreshadowed unspeakable circumstances as Moon Sang Tae struggled after he experienced a nightmare in which he was chased by a butterfly. Meanwhile, Moon Kang Tae must split his time between his job and his life at home.

In the new stills, Moon Sang Tae attends an autograph event with his favorite children’s book author Go Moon Young, but he faces a difficult situation and brings his hands up to his head in distress. Moon Kang Tae comes to his brother’s side and pulls him into an embrace as Go Moon Young looks on. Curiosity is mounting over who is on the receiving end of Moon Kang Tae’s gaze as he looks up at someone. 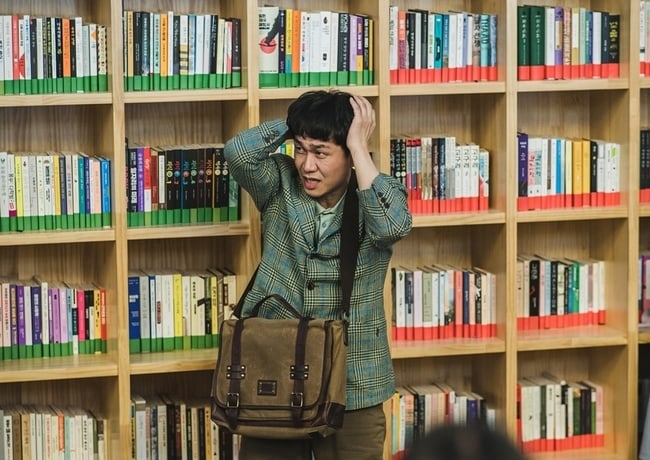 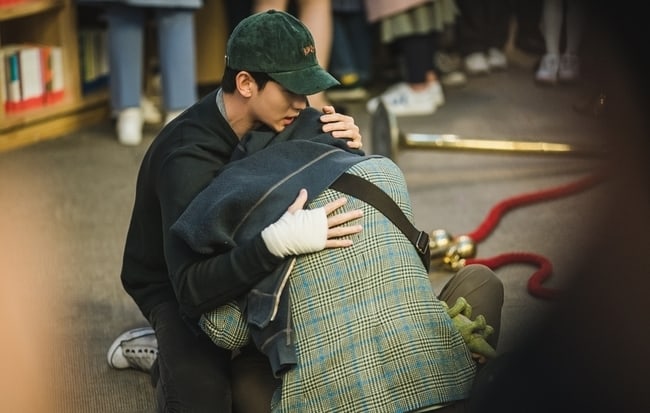 Oh Jung Se revealed that even though he didn’t plan on it, he shed a great deal of tears while filming the scene. Kim Soo Hyun was also filled with emotion and became choked up with tears.

To see the emotional scene between the two actors, check out the next episode of “It’s Okay to Not Be Okay,” airing on June 21 at 9 p.m. KST!