tvN’s “It’s Okay to Not Be Okay” released new stills of Kim Soo Hyun and Seo Ye Ji ahead of the upcoming episode!

“It’s Okay to Not Be Okay” is a rom-com drama about a fairytale romance. Kim Soo Hyun stars as Moon Kang Tae, a community health worker at a psychiatric ward who doesn’t have time for love. Seo Ye Ji stars as Go Moon Young, a successful children’s book author who has antisocial personality disorder and has never known love.

In the first episode, Moon Kang Tae and Go Moon Young’s shocking first meeting hinted at the strange fate between them. Moon Kang Tae left a particular impact when he blocked Go Moon Young, who had picked up a knife and was brandishing it towards a man who had threatened her life, by grabbing the knife with his bare hand.

Following their nearly fatal first meeting, they met again at Go Moon Young’s publishing company. Instead of coming to her to demand compensation for his injured hand, Moon Kang Tae said that he sought her out because she had the same eyes as someone he once knew. The episode ended with Moon Kang Tae saying in a low voice that he liked her, inciting curiosity and anticipation for the second episode.

The new stills preview a tense moment in which Moon Kang Tae comes to the defense of Go Moon Young, who crosses paths with an unpleasant stranger. The pair stare down the man with sharp gazes in one still, while the following still shows Go Moon Young looking coldly at the man while bills fly through the air. The final still shows Moon Kang Tae sitting lost in thought with his hands clasped. Viewers are curious as to what could have happened for Go Moon Young to be caught up in such a situation. 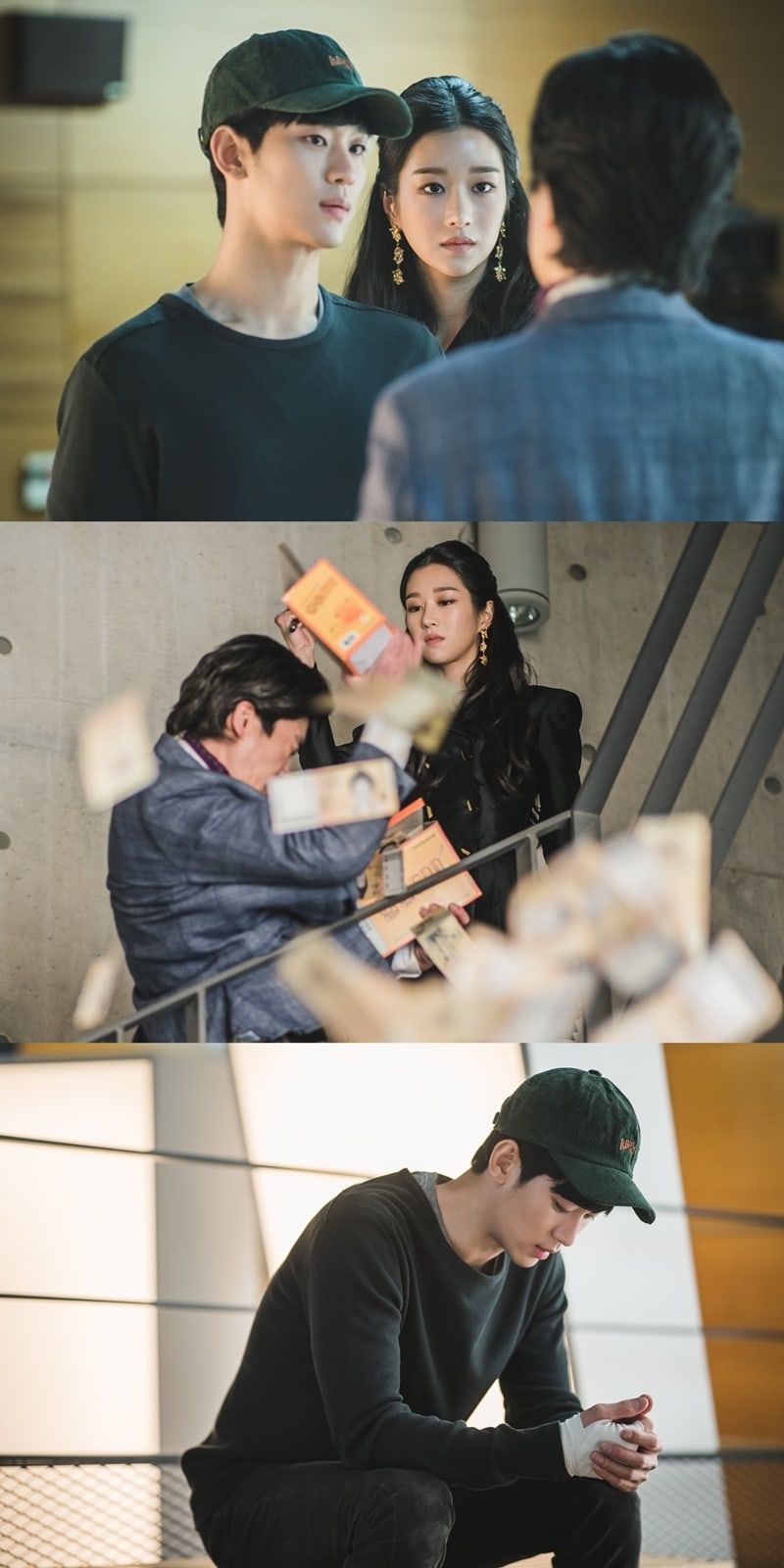 Find out how Moon Kang Tae came to stand by Go Moon Young’s side in the next episode of “It’s Okay to Not Be Okay,” which airs on June 21 at 9 p.m. KST!