Watch: William And Bentley Face Off In Korean Wrestling Match On “The Return Of Superman”

On the June 21 broadcast of KBS 2TV’s “The Return of Superman,” William and Bentley met up with the “idols” of the ssireum world, Park Jung Woo and Heo Sun Haeng. Seeing the athletes’ fit bodies, Bentley hilariously asked, “Is that the Hulk?”

Since Bentley is well known for his impressive strength that is quite unusual for kids his age, when it was suggested to Sam Hammington that Bentley try ssireum, he responded, “I think he’d be good at it.”

After meeting the athletes, Bentley immediately tried to push one of them over, succeeding on the second try and celebrating with a sand shower. Despite getting sand in his eye, he recovered quickly and went to check up on his opponent, hilariously giving him a good slap on the back after pretending to help him wipe off sand. 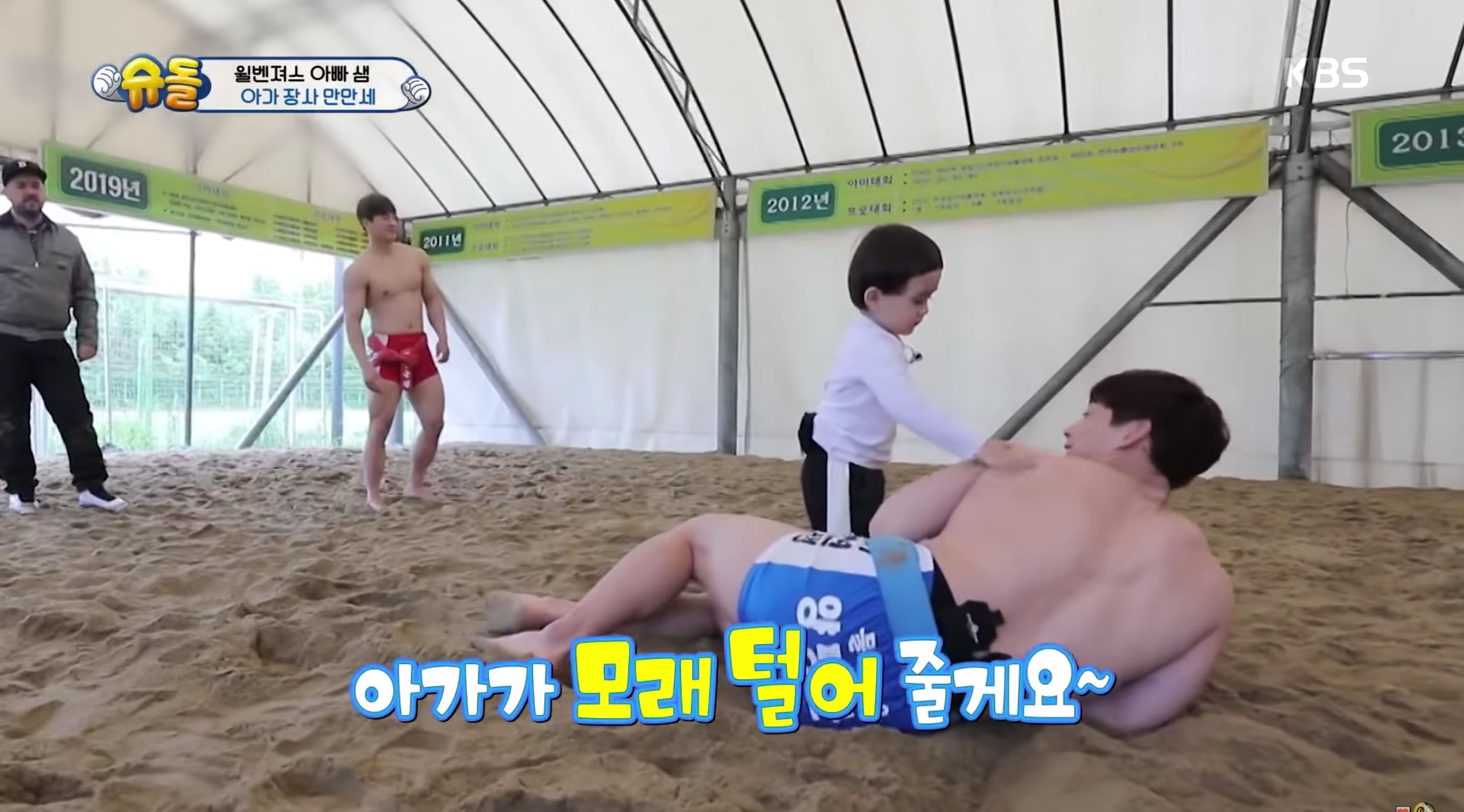 The brothers each paired up with an athlete and began training for their match. Later, they both tried on the lavish hanbok (Korean traditional clothing) they would get to wear if they won. All dressed up, William commented, “I’m going to win for sure so I can wear this.” 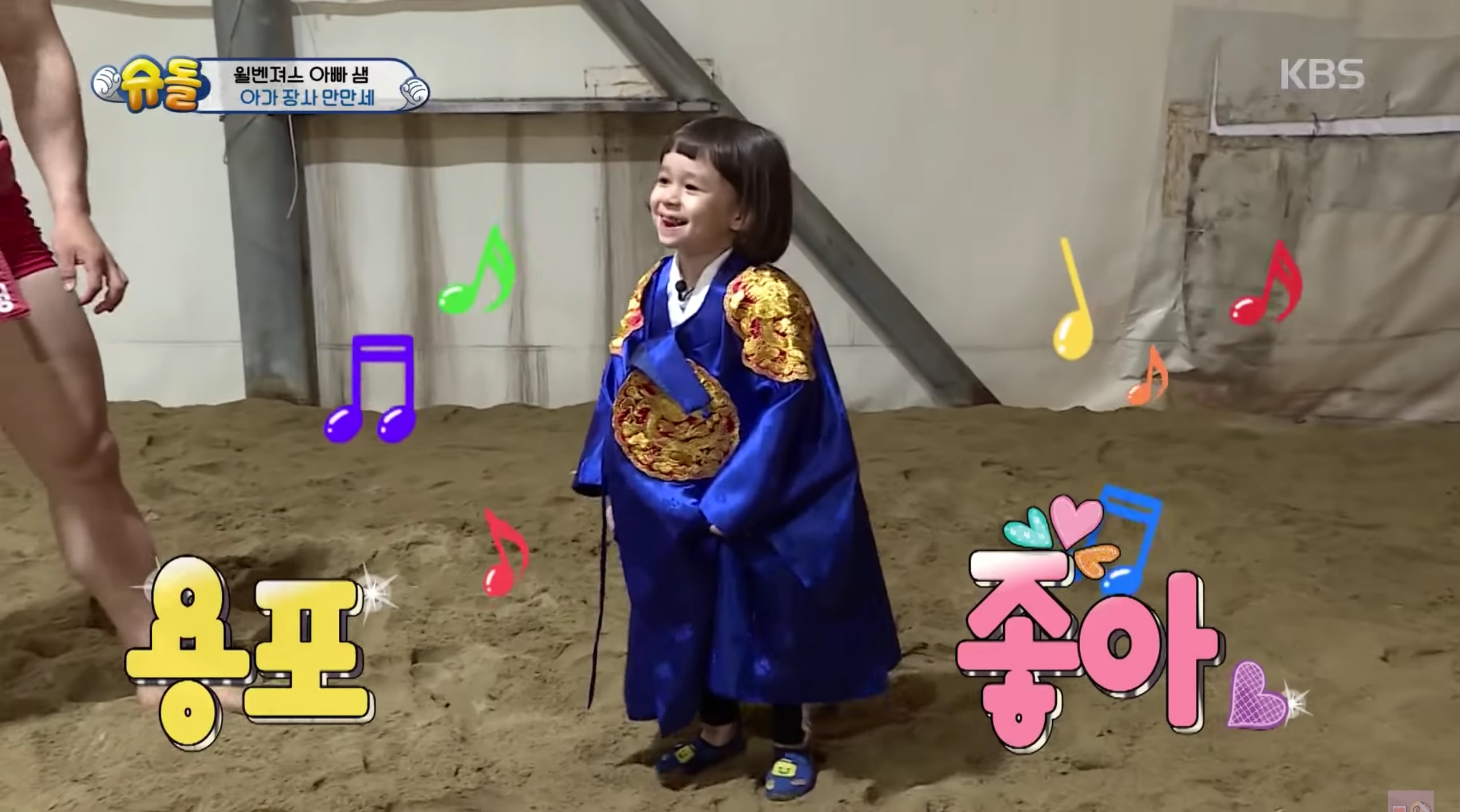 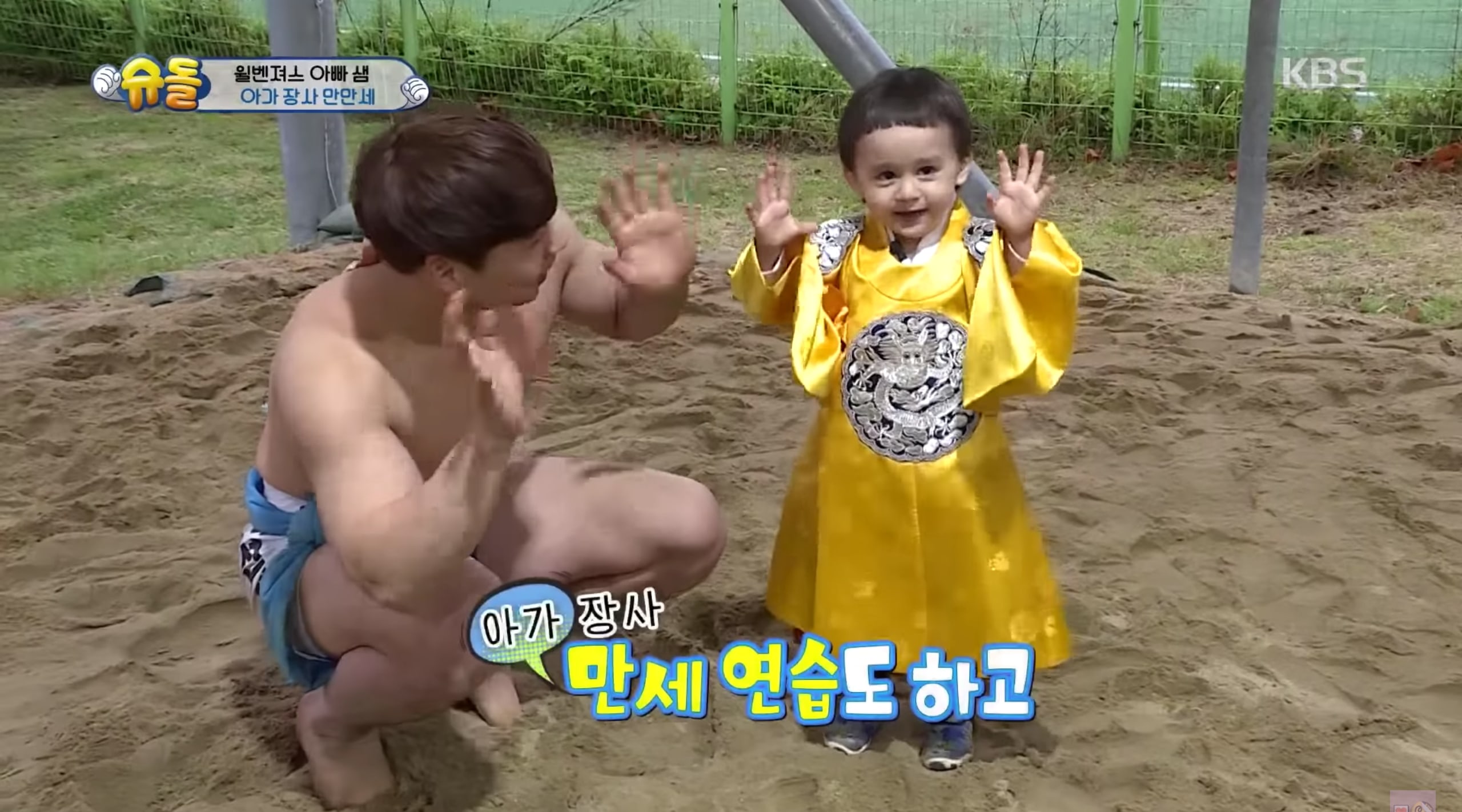 After Bentley tried on his hanbok, his partner was trying to lift him and put him on his shoulders when Bentley farted in his face. The wrestler tried again, this time successfully, and took Bentley for a congratulatory stroll to practice how they would celebrate when Bentley won.

Before their official battle, William and Bentley participated in a tense screaming match, then lined up to face off. While Bentley didn’t look like he knew entirely what was going on, William quickly grabbed onto Bentley’s belt and easily pulled him down. 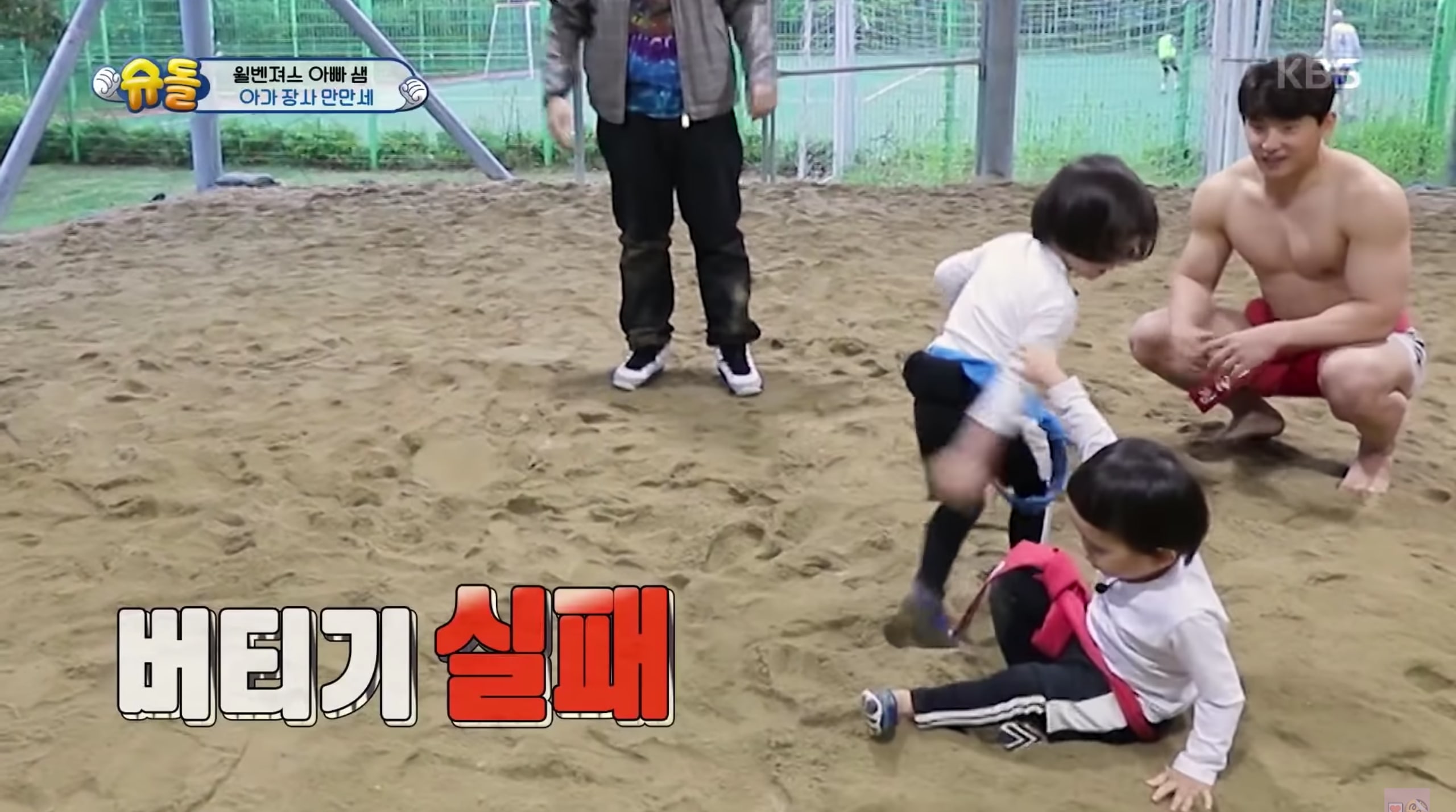 As William happily celebrated, Bentley threw off his belt and hilariously exclaimed, “I’m not doing this!” The brothers’ friendly competition eventually ended with a cute hug and kiss. 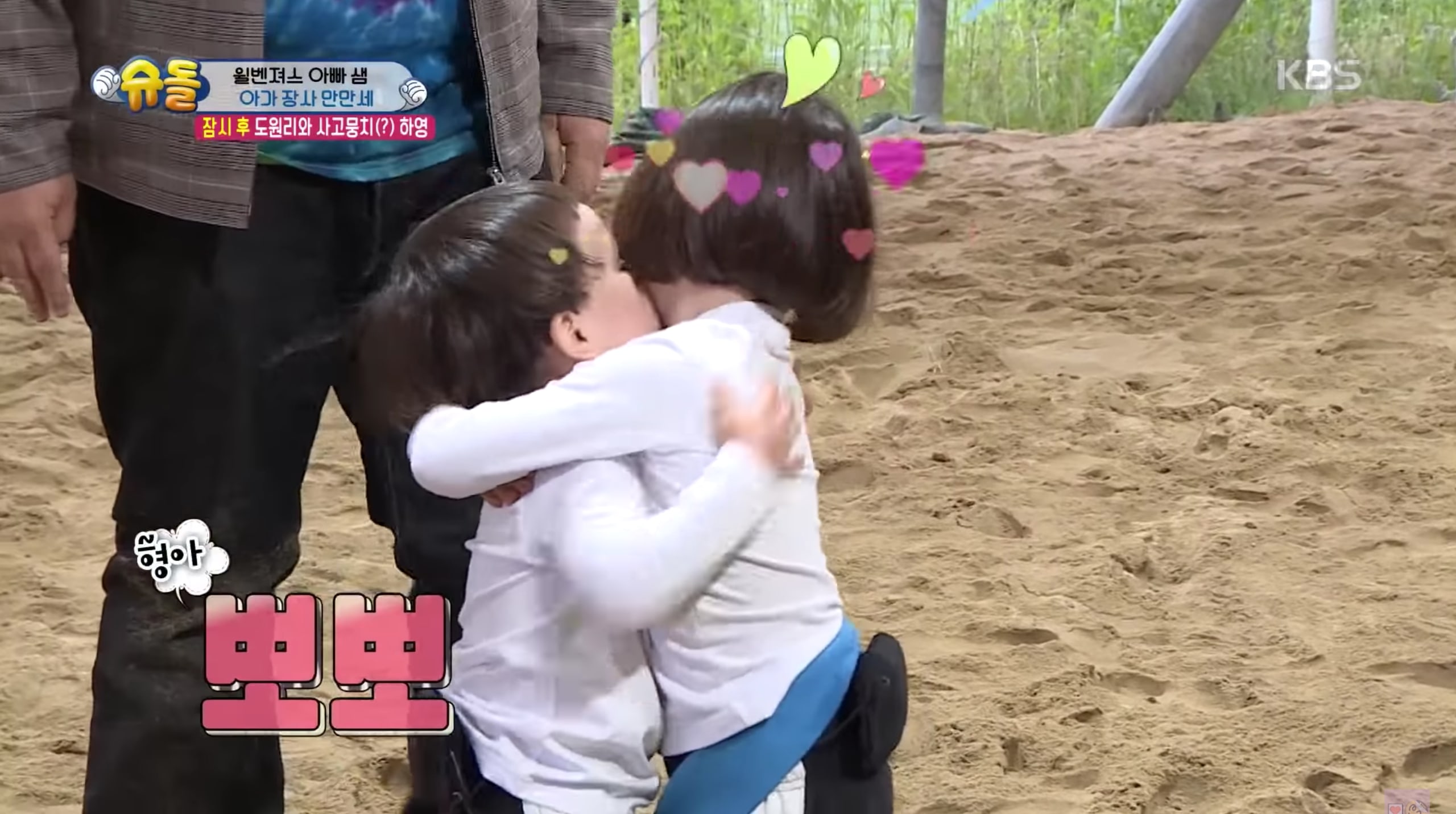 Check out the clip of William and Bentley’s match below!

Watch the full episode of “The Return of Superman” here: