Highlight’s Yoon Doojoon shared an amusing story about his time in the military!

While filming the upcoming June 22 episode of KBS 2TV’s “Problem Child in the House,” Yoon Doojoon spoke about his experience serving in the military, which came to an end this spring. When asked to name what had made him happiest after his return in April, he unhesitatingly replied, “Food.”

However, Yoon Doojoon revealed that food had also occasionally been an unexpected source of stress for him during his military service. When asked when he had felt the most pressured by his image as a celebrity during his service, the idol-turned-actor replied, “Mealtime.”

He went on to explain that because he had developed an image of being a voracious eater through his popular “Let’s Eat” drama series, his fellow soldiers had been looking forward to seeing him eat in real life—and their expectations may have been a little too high.

Yoon Doojoon recalled, “After receiving our initial assignments, I was eating [in the mess hall], and everyone kept staring at me. I wasn’t that hungry then, so I was picking at my food, and I heard later that everyone had been disappointed.” 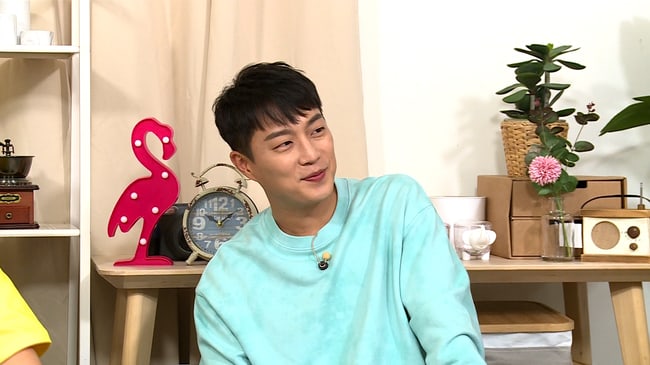 To hear more about Yoon Doojoon’s military service, catch the next episode of “Problem Child in the House” on June 22 at 8:50 p.m. KST!

Watch Yoon Doojoon in the most recent season of “Let’s Eat” with English subtitles below:

Let's Eat
Yoon Doojoon
Highlight
Problem Child in the House
How does this article make you feel?