The sequel film to “Steel Rain” has shared new stills and main posters!

“Steel Rain 2: Summit” (working title) is the sequel to 2017’s “Steel Rain,” which was about the aftermath of a coup in North Korea. “Steel Rain 2” is about a crisis that unfolds right before a war when the three leaders of the Koreas-United States summit are kidnapped in a North Korean nuclear-powered submarine.

“Steel Rain” and “Steel Rain 2” are not directly connected to each other and the returning actors have been cast in different roles. Jung Woo Sung plays the South Korean president, Yoo Yeon Seok plays the North Korean chairman, and Kwak Do Won plays the director of the North Korean guards behind the kidnapping attempt. Scottish actor Angus Macfadyen plays the U.S. president.

The main posters show the tense standoff between the four principal characters. The caption reads, “In the seas before Dokdo, the real summit begins in the submarine.” 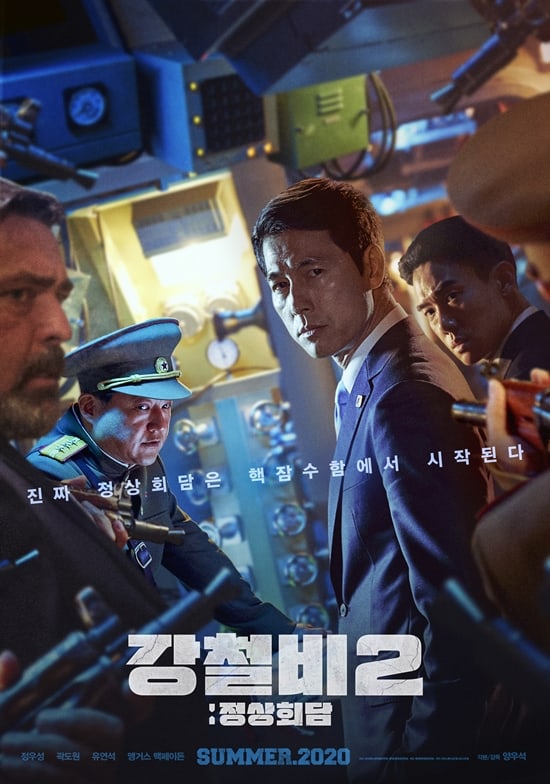 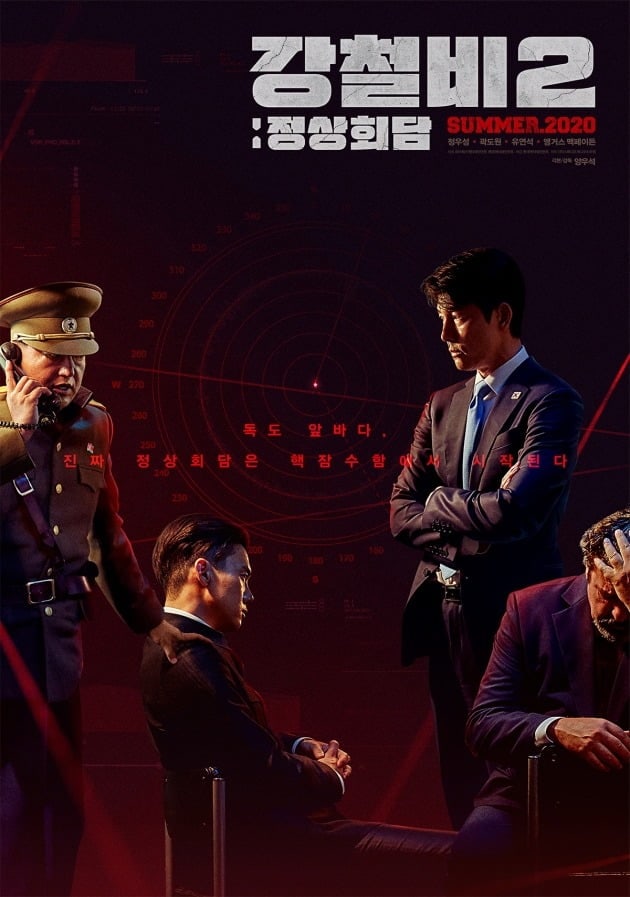 The stills unveil the tense scene inside the submarine as the three leaders struggle to resolve the issues at the summit, as well as get out of their current predicament while surrounded by hostile agents. 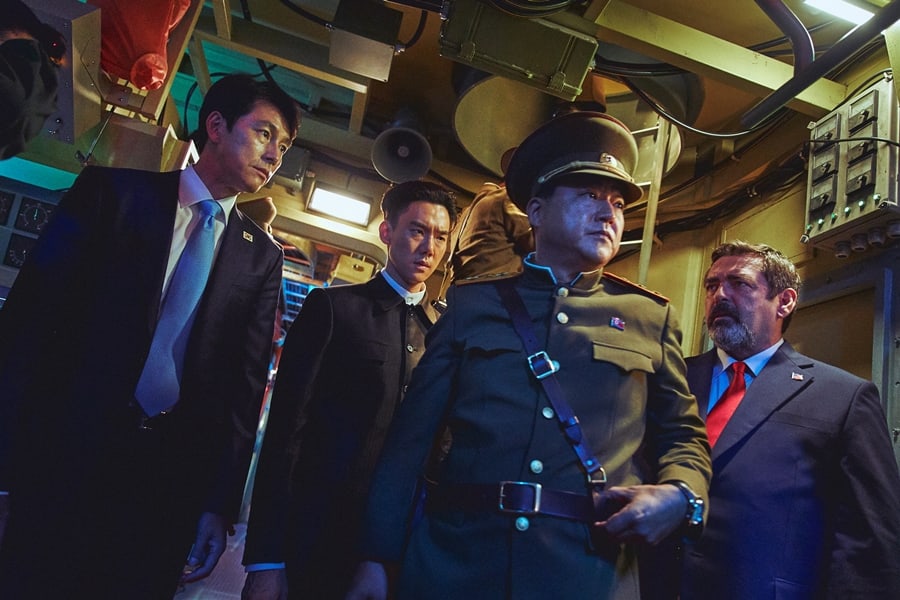 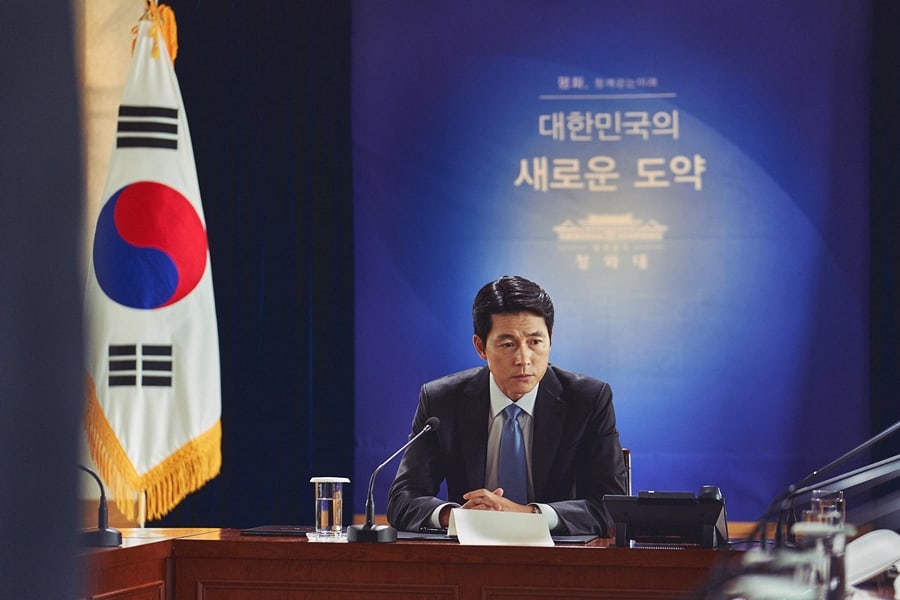 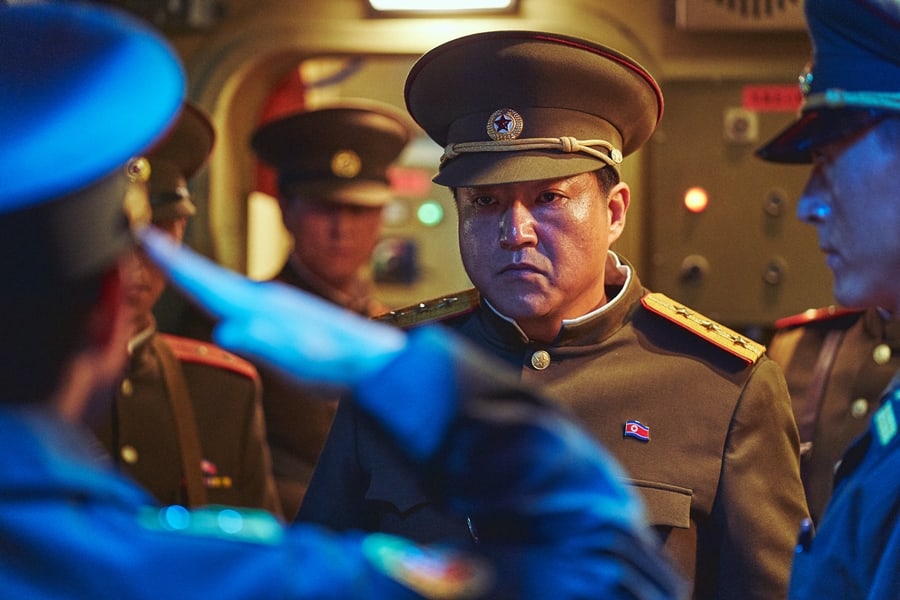 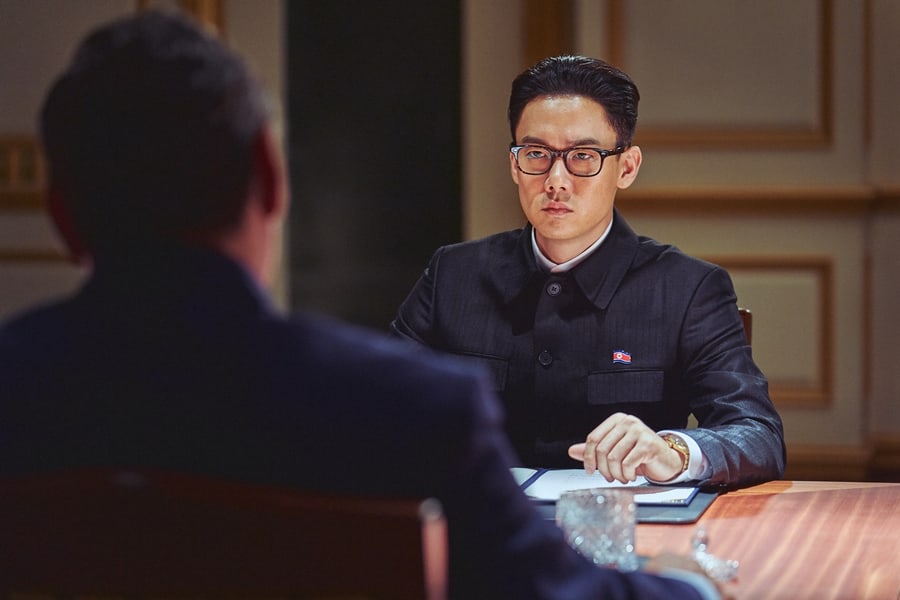 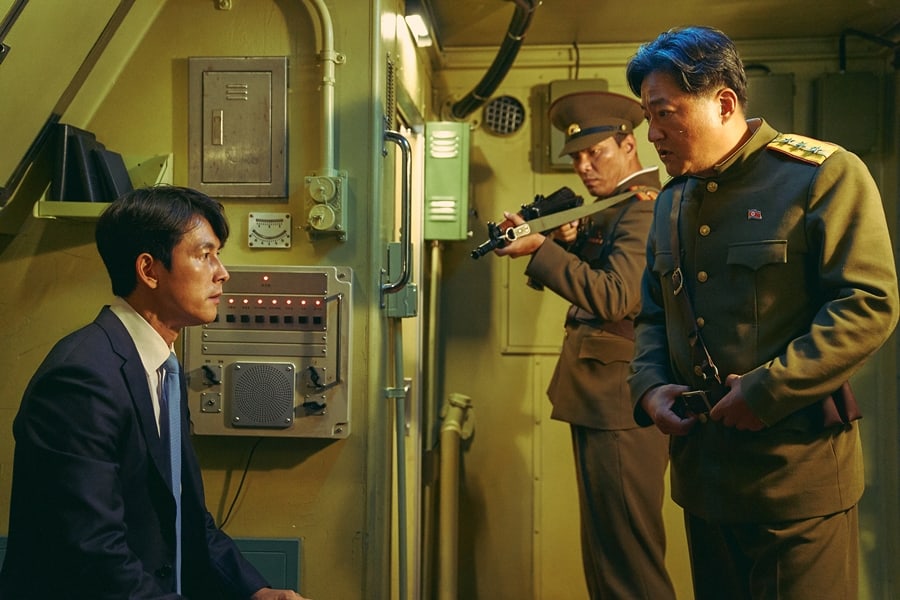 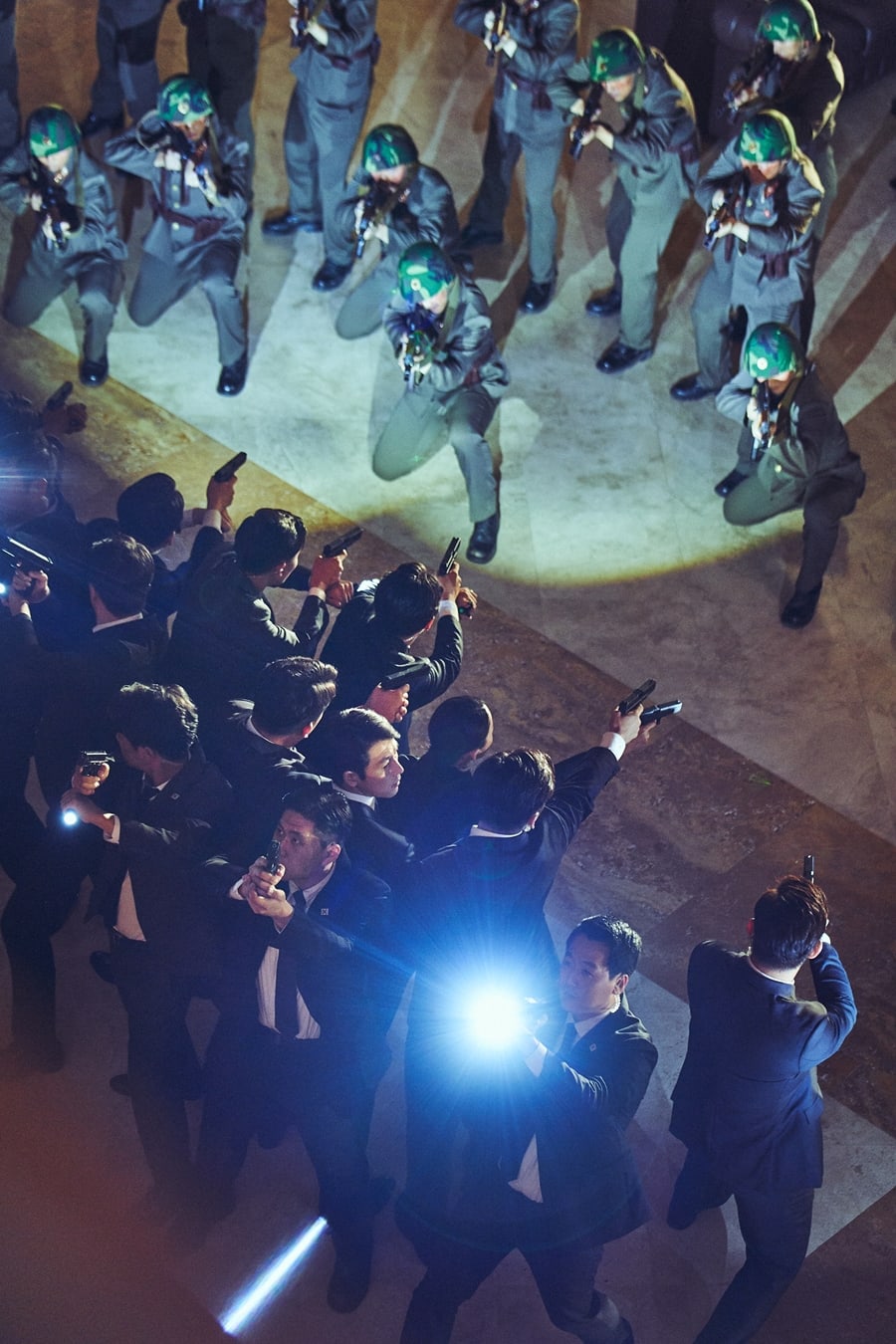 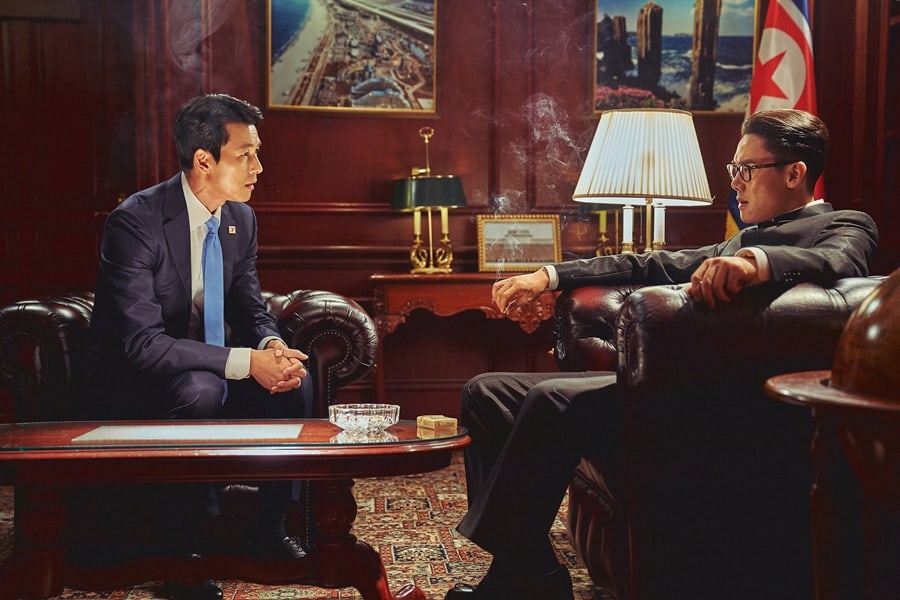 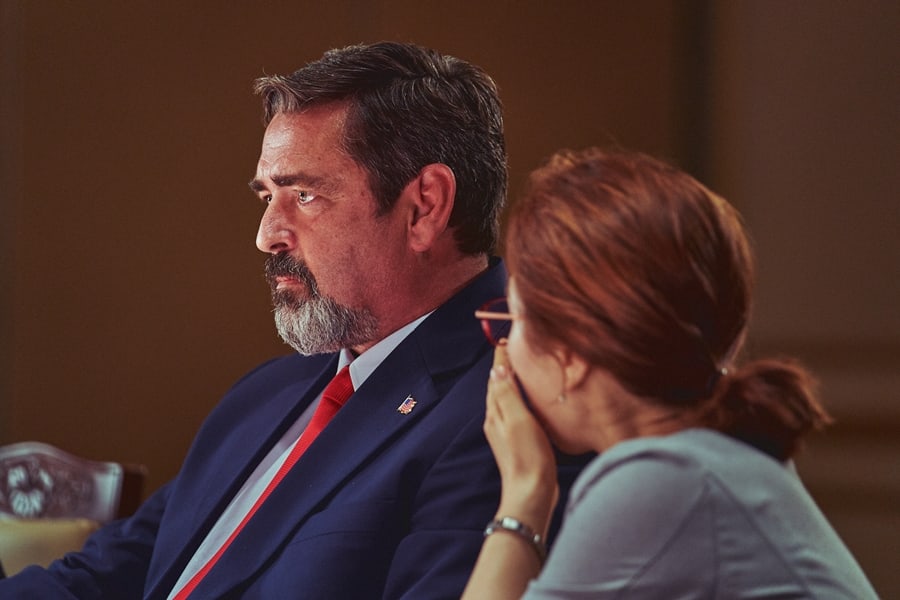 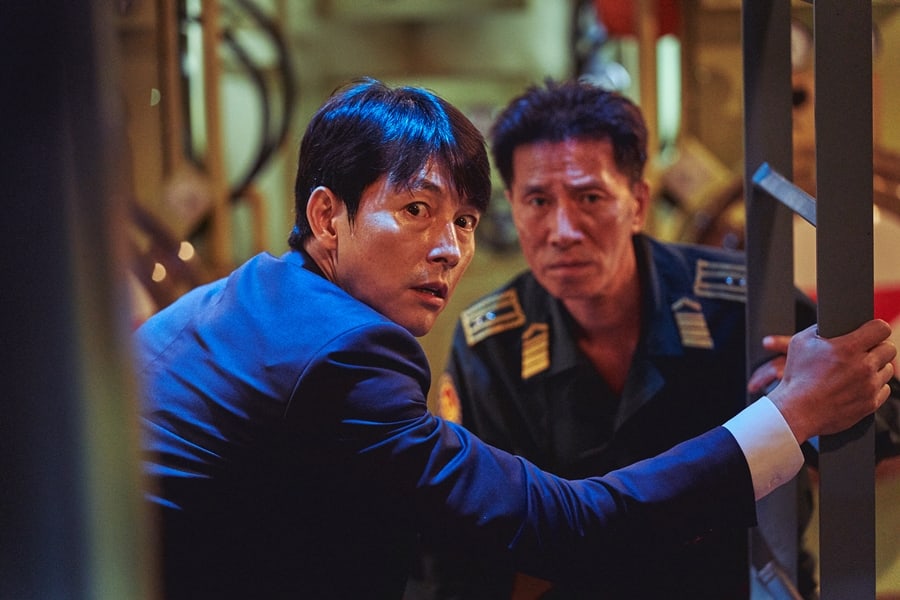 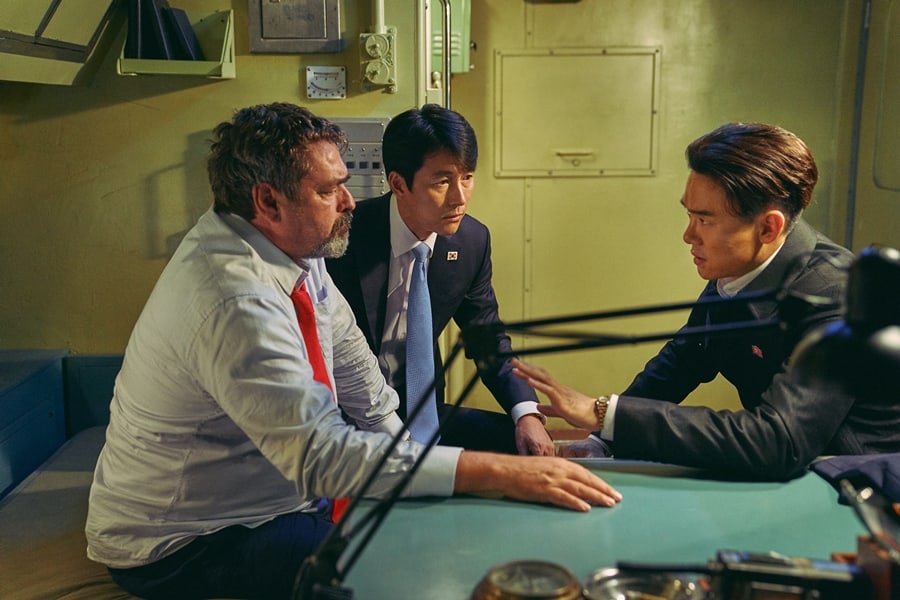 The film is slated to premiere sometime in summer 2020. Check out the teaser here!