Yoo Ah In Shows Off His Cooking Skills, Reveals His Favorite Role And Movie, And More On “Home Alone” (“I Live Alone”)

Yoo Ah In gave a closer look at his everyday life on the latest episode of “Home Alone” (“I Live Alone”)!

Following last week’s episode of “Home Alone” where Yoo Ah In revealed his house for the first time, the June 26 broadcast showed what the actor enjoys doing in his free time.

Yoo Ah In expressed his pride in his ability to cook as he hilariously shared, “Should I say I try to create a certain flavor? It’s because I cook in the style of Dae Jang Geum,” referring to the popular 2003 drama “Jewel in the Palace” which is known for its depiction of traditional Korean cooking. He confidently asked the cast, “Have you ever tried my braised beef short ribs?” Son Dam Bi revealed that she had, confirming that they tasted very good.

However, while he was cooking, he stopped to give his cats a bath. He explained, “There’s a time of day where they’re comparably more calm. Sphinx get a lot of oil stuck in their skin so I bathe them often,” showing off his bathroom and tub dedicated to his pets. Yoo Ah In adorably expressed his care for his cats saying, “I feel guilty because it feels like I’m restraining them forcefully when they don’t like it.” 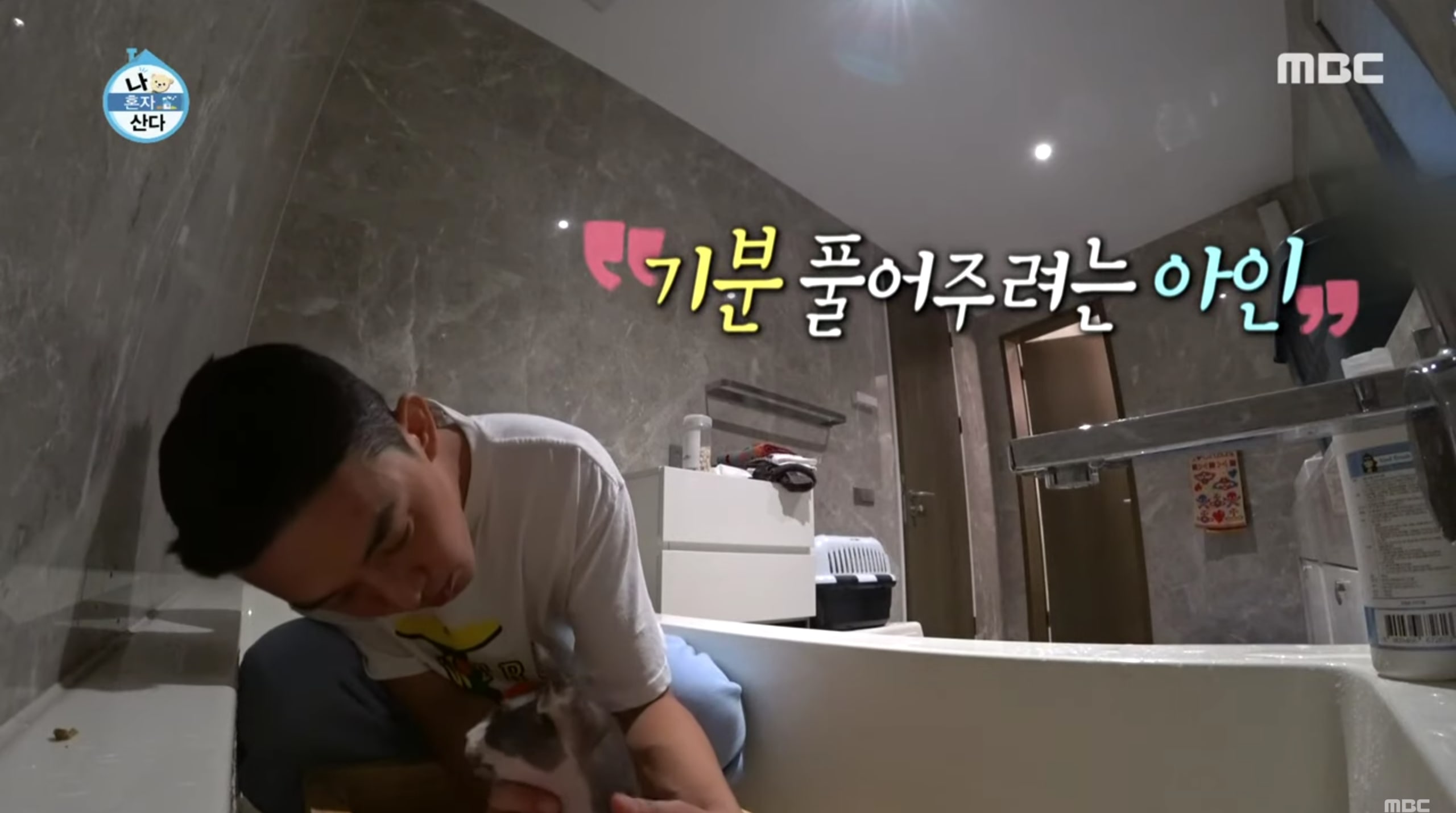 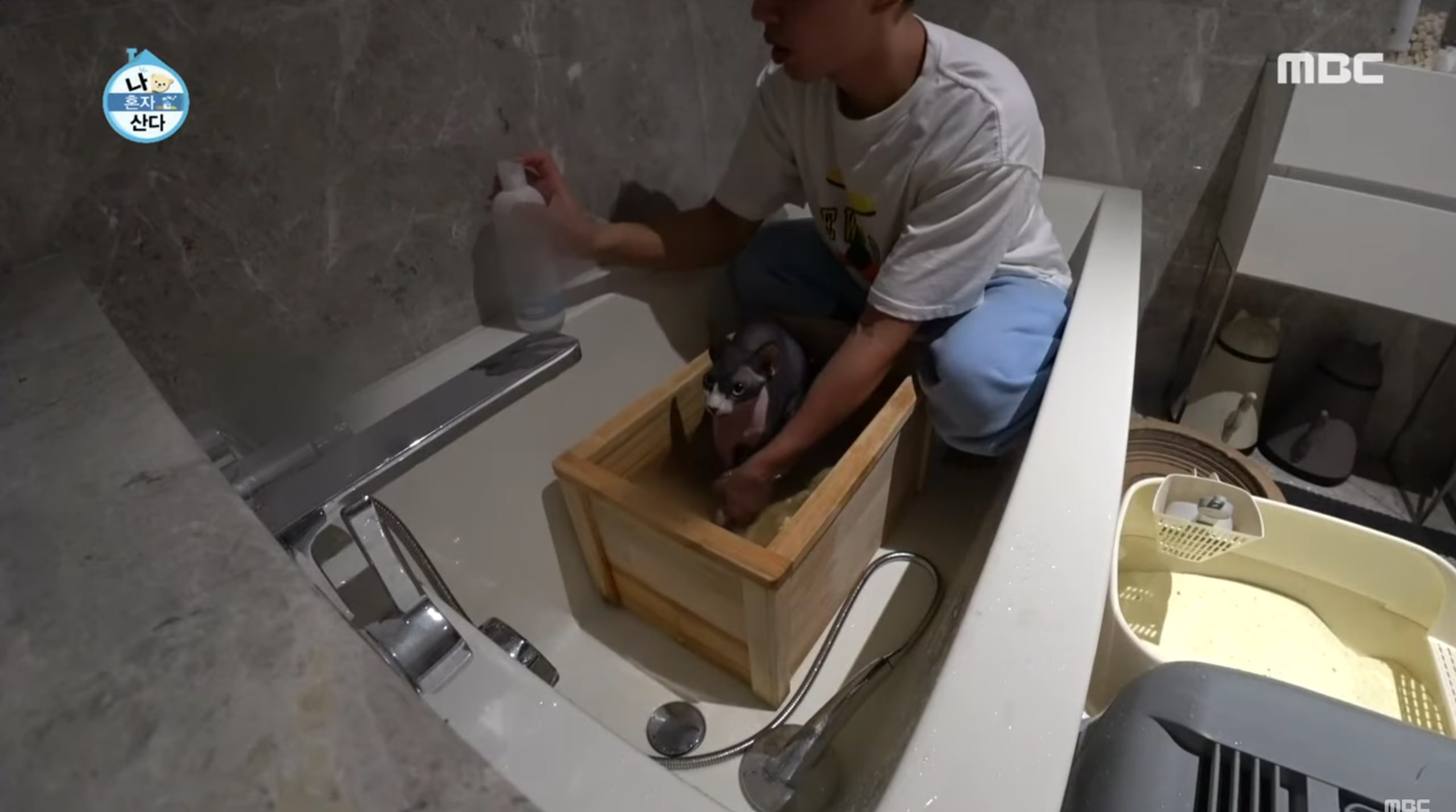 Once he got back to cooking, Yoo Ah In made noodles with whelks, zucchini pancakes, and nurungji (scorched rice soup) paired with beer to fit the rainy weather. 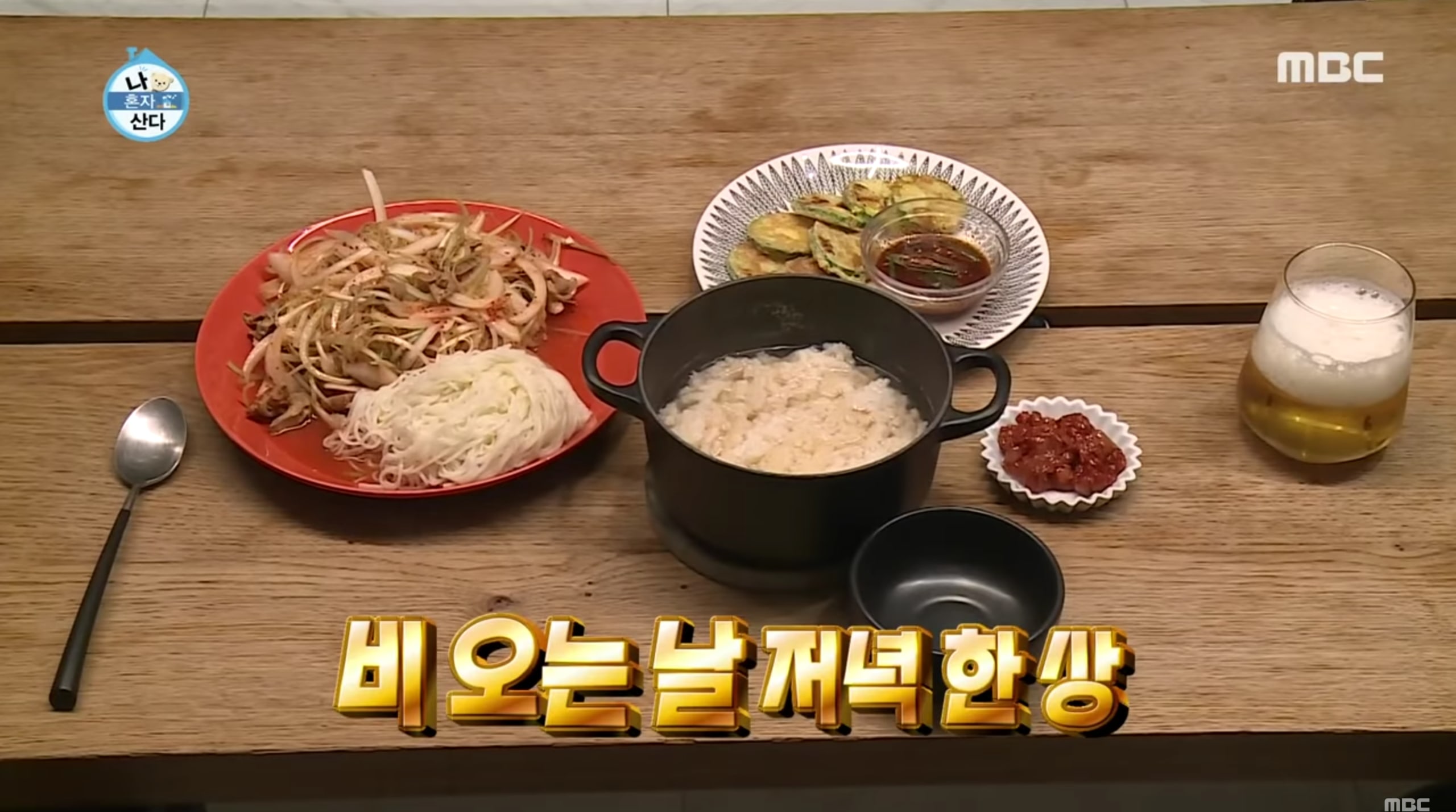 Watching him eat all alone, Park Na Rae asked, “I don’t think you’d be lonely, but are you lonely?” Yoo Ah In responded, “I’ve lived alone since I was in my teens, so I obviously used to get very lonely. Since I was living away from home, I would get very lonely in the past but now I try not to focus on those emotions.”

Yoo Ah In also picked his role as Sun Jae in the drama “Secret Love Affair” as his favorite role. He shared, “He was a character who really embodied purity. Someone with the purest perspective and attitude on life. He was the most similar to me. There was no need for me to even act.”

After eating, Yoo Ah In began to get ready for a late-night stroll. The actor explained, “I go for a walk by my house around one to two times a week. I especially enjoy them on rainy days. Even though it’s not super late at night, there aren’t people around. I walk around feeling like this mountain is my own.” 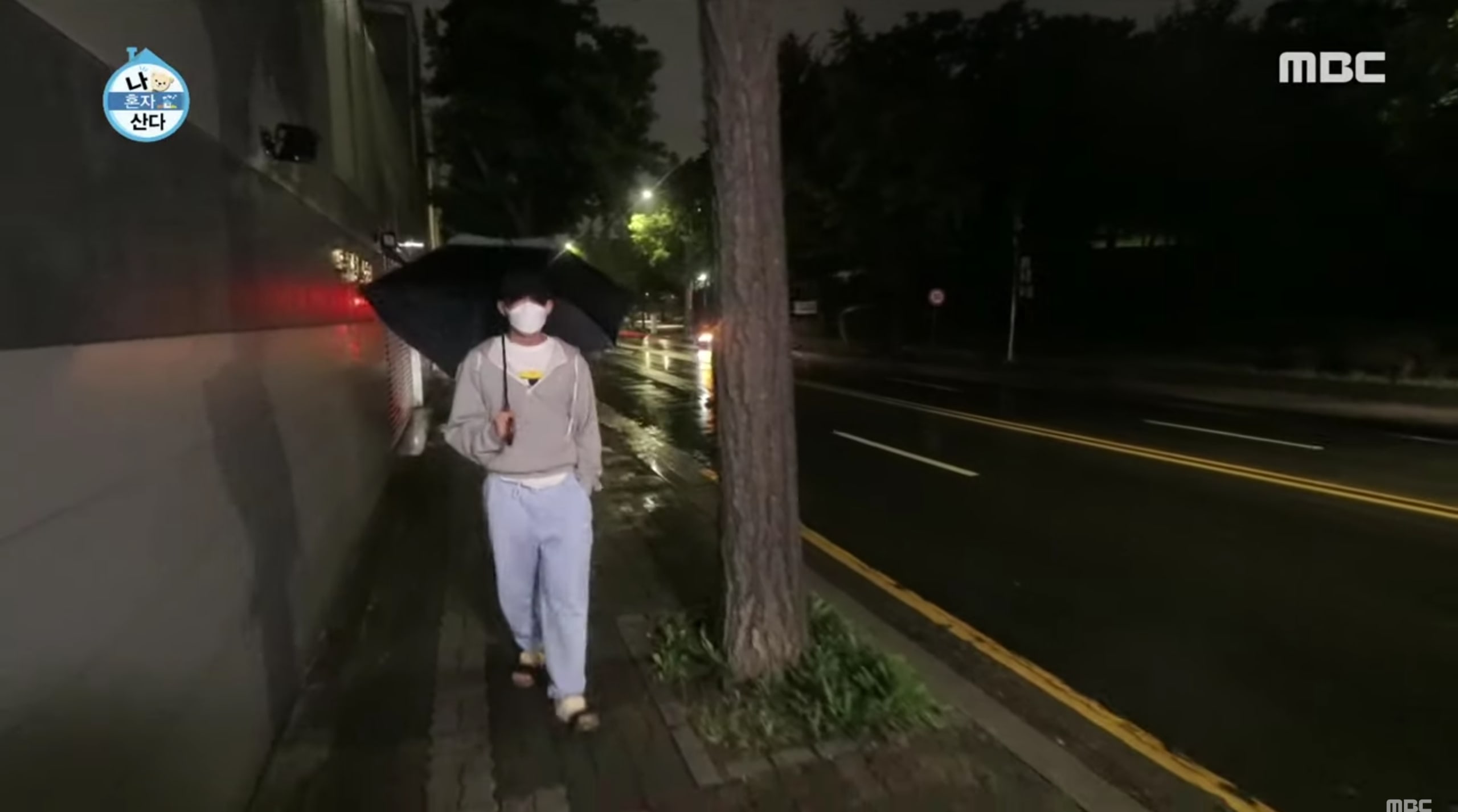 When he returned from his walk, he immediately began organizing his shoes, saying, “I have a ton of shoes but I really only wear one or two pairs. Since I’m preparing to move anyway, I want to organize them. I’m not throwing them all out, but I’m preparing to open a flea market.” Although he couldn’t this year due to the coronavirus pandemic, Yoo Ah In revealed that he opens a flea market every year on May 5, even asking Park Na Rae to join him sometime as she has opened them in the past as well. 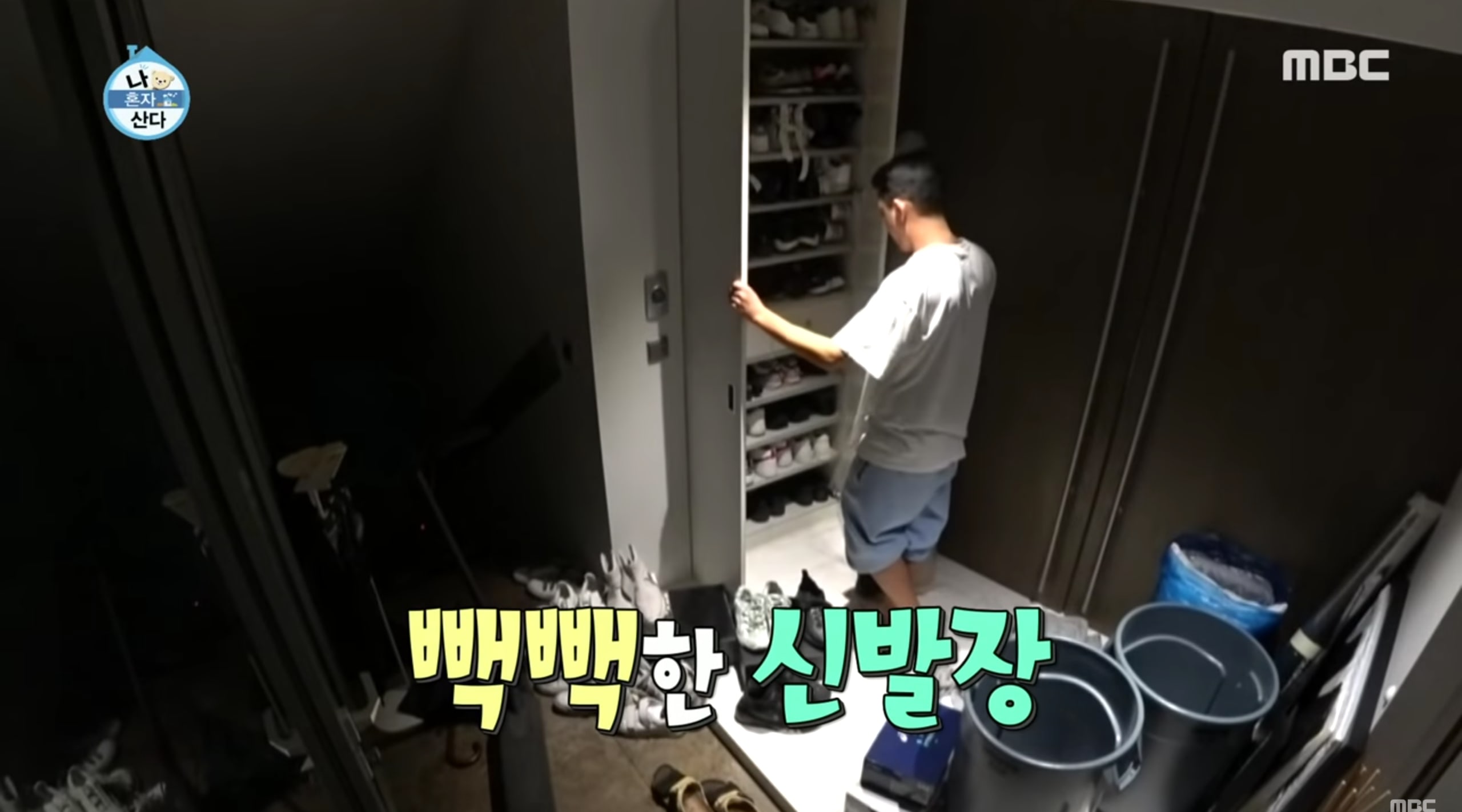 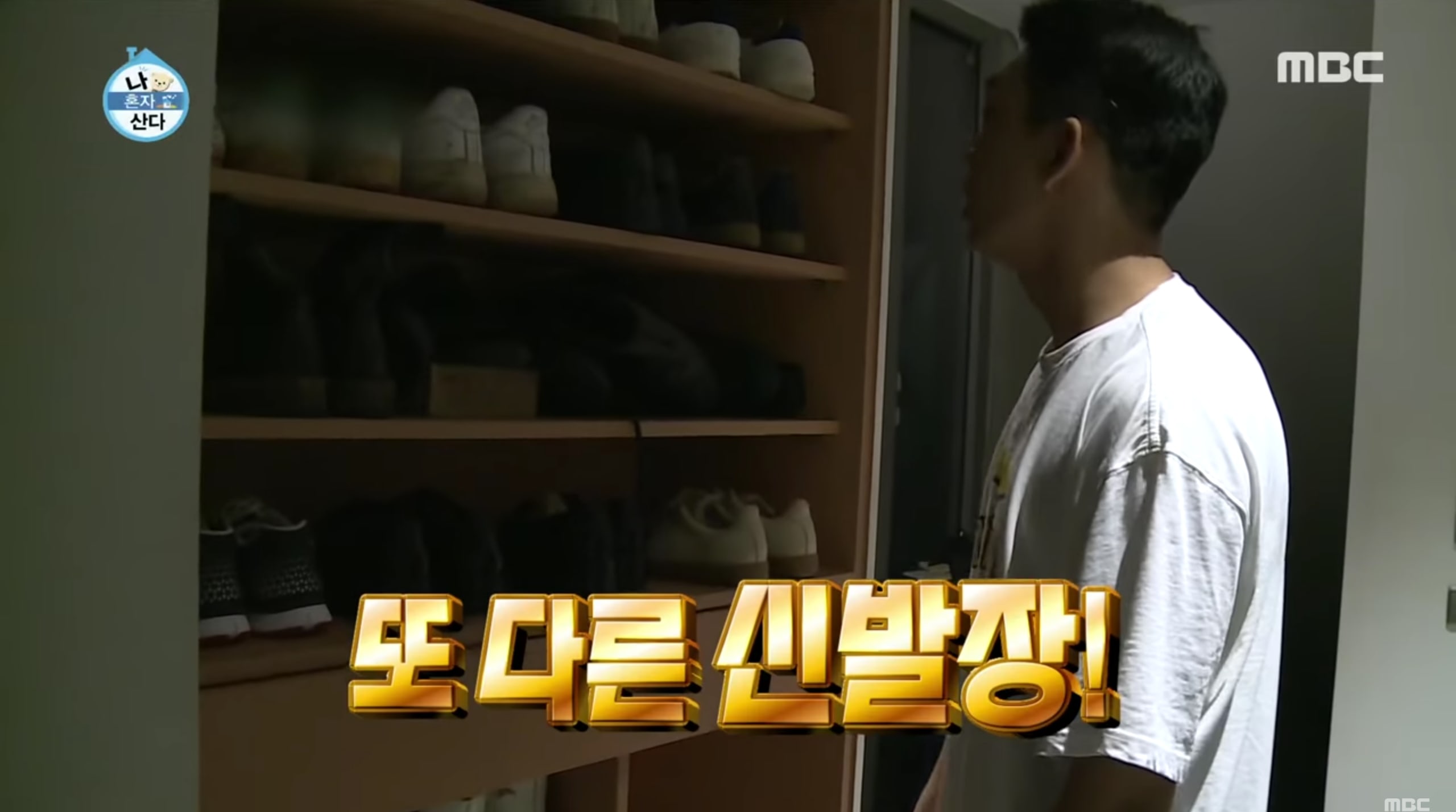 Halfway through organizing his shoes, Yoo Ah In surprisingly began to meditate, confusing the cast members. They commented that he starts many activities but doesn’t ever seem to finish anything, to which he replied, “Does there always have to be an end? You don’t always have to finish. Life moves forward.” Hearing his response, Lee Si Eon jokingly commented, “What is he talking about?” Park Na Rae hilariously added, “This is a type of bluffing we’ve never seen before.”

Later in the night, Yoo Ah In wrote a diary entry on his phone. He wrote down thoughts such as, “Although I only have one body, why did I need so many clothes?” “No matter how high you aim to go, it’s not like you can fly, so what are you going to do?” “In the past, having a full shoe rack make me feel rich. Now, I don’t feel that way at all.” He explained, “Stuff like that feels like shackles to me. I’ve been trying to determine how to clear out and share, as well as decide what I need to pursue.”

Yoo Ah In also began watching the film “I Am Love” on 0.5x speed, saying, “This is a film I’ve seen so many times. I like to watch the cast’s good acting slowly. I’m not taking in the film but rather watching the scenes I want to see again as if they were drawings.”

Regarding the long time period he has lived by himself, Yoo Ah In remarked, “I felt like I had lost my will to live. You need a goal to generate that will. It felt like I didn’t really want to go anywhere. I think I’ve come to the point where I can tell myself, ‘It’s okay.'”

After watching himself on screen in his daily life rather than as an actor, he commented, “Although there were many disgusting moments, I received a lot of help watching this. You have to look in the mirror to see your mistakes. I learned that I breathe very heavily in my everyday life and although the title is ‘Home Alone,’ I’m glad that it felt like I was able to share the feeling of living together.”

This week’s full episode of “Home Alone” will be available on Viki soon. In the meantime, watch last week’s episode here!

Also, check out Yoo Ah In in his favorite role in “Secret Love Affair” below!

Yoo Ah In
Home Alone
How does this article make you feel?