Love is finally in the air for Song Seung Heon and Seo Ji Hye on “Dinner Mate”!

On the upcoming broadcast of MBC’s “Dinner Mate,” Song Seung Heon and Seo Ji Hye’s characters Kim Hae Kyung and Woo Do Hee will truly kick off their romance.

In the latest episode of the drama, Kim Hae Kyung and Woo Do Hee officially confirmed their feelings for one another after both having been afraid of love. Amidst the chaos of their workplace, the two chose to keep their relationship a secret, often sharing warm glances at one another throughout the day.

In new photos from the upcoming episode, the two characters finally get away from the eyes of everyone else and enjoy a peaceful evening at home. Both look much more comfortable being alone together, and the warmth in their eyes conveys their romantic admiration for one another. 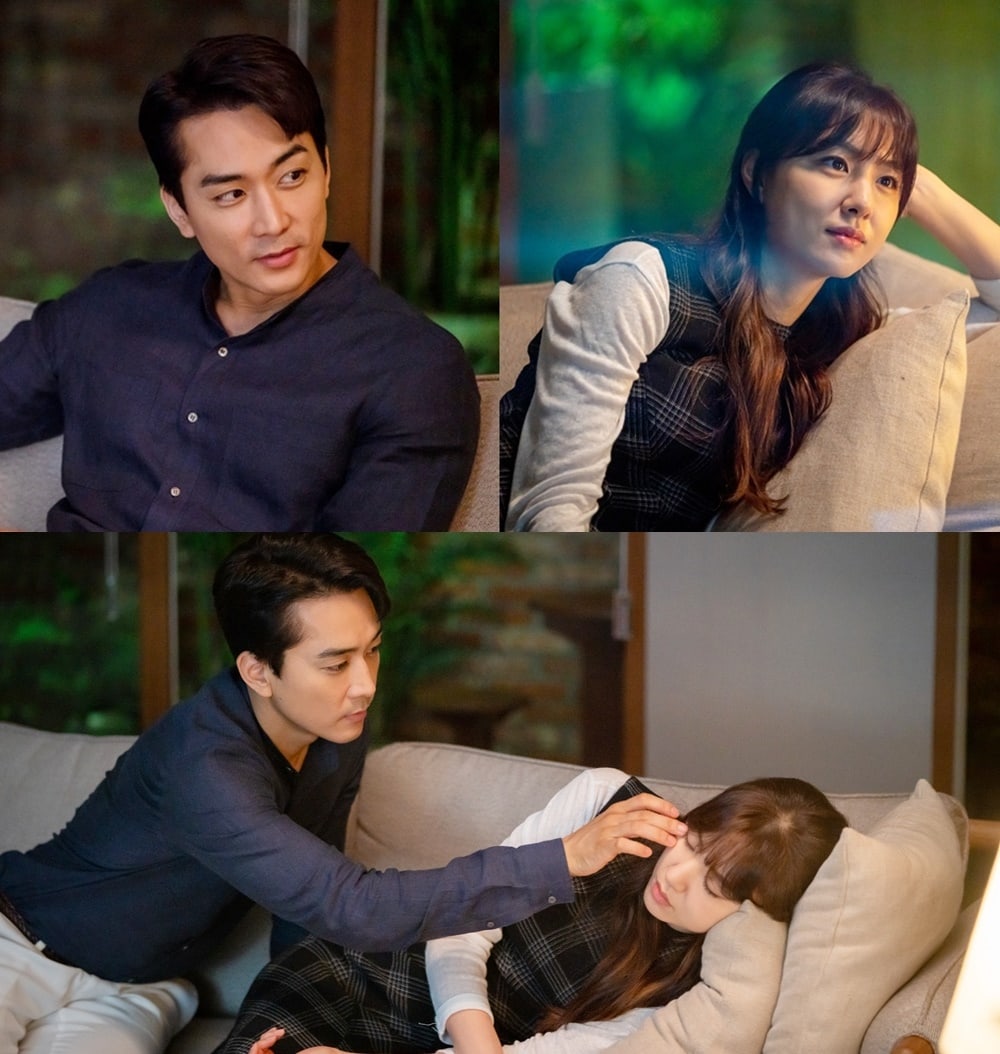 After Woo Do Hee falls asleep on the couch, Kim Hae Kyung can’t take his eyes off of her, and he finally gains the courage to caress her face. As their romance blossoms, viewers can look forward to how things speed up in their relationship.

In the meantime, watch Song Seung Heon in his previous drama “The Great Show” below!