In the previous episode, Go Moon Young created tension when she reappeared in front of Moon Kang Tae after he had returned to the hospital in her hometown. Her appearance is forcing Moon Kang Tae to face numerous truths that he had worked so hard to ignore. In addition, after seeing Kwon Gi Do (Kwak Dong Yeon), the son of a National Assembly member who had escaped from the psychiatric hospital, Moon Kang Tae spoke to him as if he were possessed, asking, “Should I just play with you?”

The newly released stills show Moon Kang Tae and Go Moon Young inside a convenience store facing each other over two bowls of instant ramen. Go Moon Young’s flashy outfit and her sly smile are a stark contract from Moon Kang Tae’s calm expression, leading viewers to wonder what kind of plan she has up her sleeve. 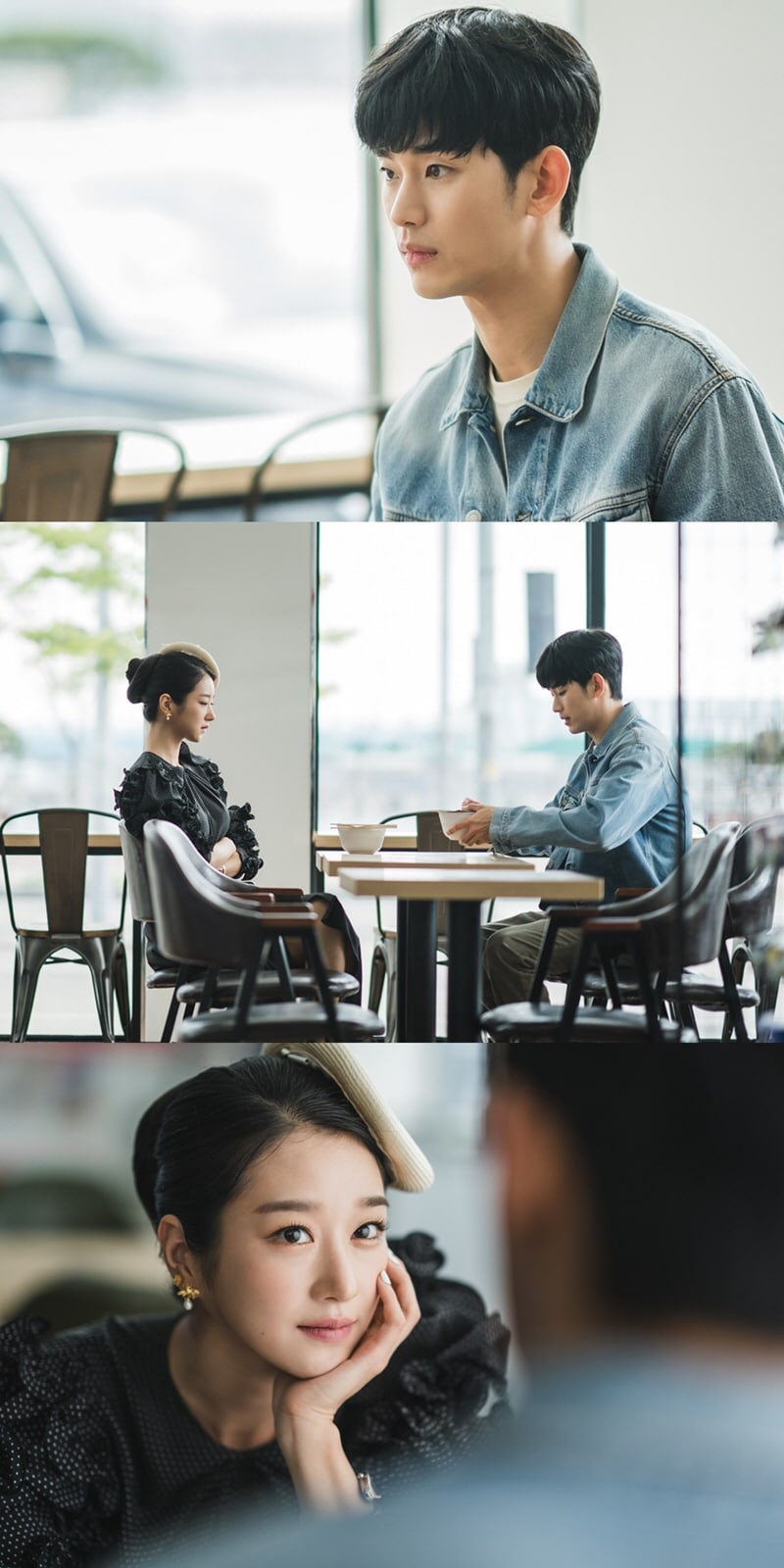 The upcoming episode will reveal how the pair’s relationship will change following the escape of Kwon Gi Do. Additionally, Moon Kang Tae will continue to work on accepting his innermost feelings as his meetings with Go Moon Young become more frequent.

In the meantime, check out Seo Ye Ji’s previous drama “Lawless Lawyer” below: