Tension Is In The Air As Kim Soo Hyun, Seo Ye Ji, And Oh Jung Se Meet In “It’s Okay To Not Be Okay”

In the midst of this story, the new episode will unveil a surprise meeting with Go Moon Young, the children’s book author whom Moon Sang Tae adores. His artistic abilities will also be revealed to her as rumors of his talent spread.

The new stills show Go Moon Young smiling as she looks at Moon Sang Tae’s artwork, while Moon Sang Tae looks embarrassed to be sitting next to the author he admires. Meanwhile, Moon Kang Tae appears concerned rather than happy as he observes the pair. Although Moon Kang Tae is usually sweet, his unexpected straightforwardness is bound to create confusion in the upcoming episode. 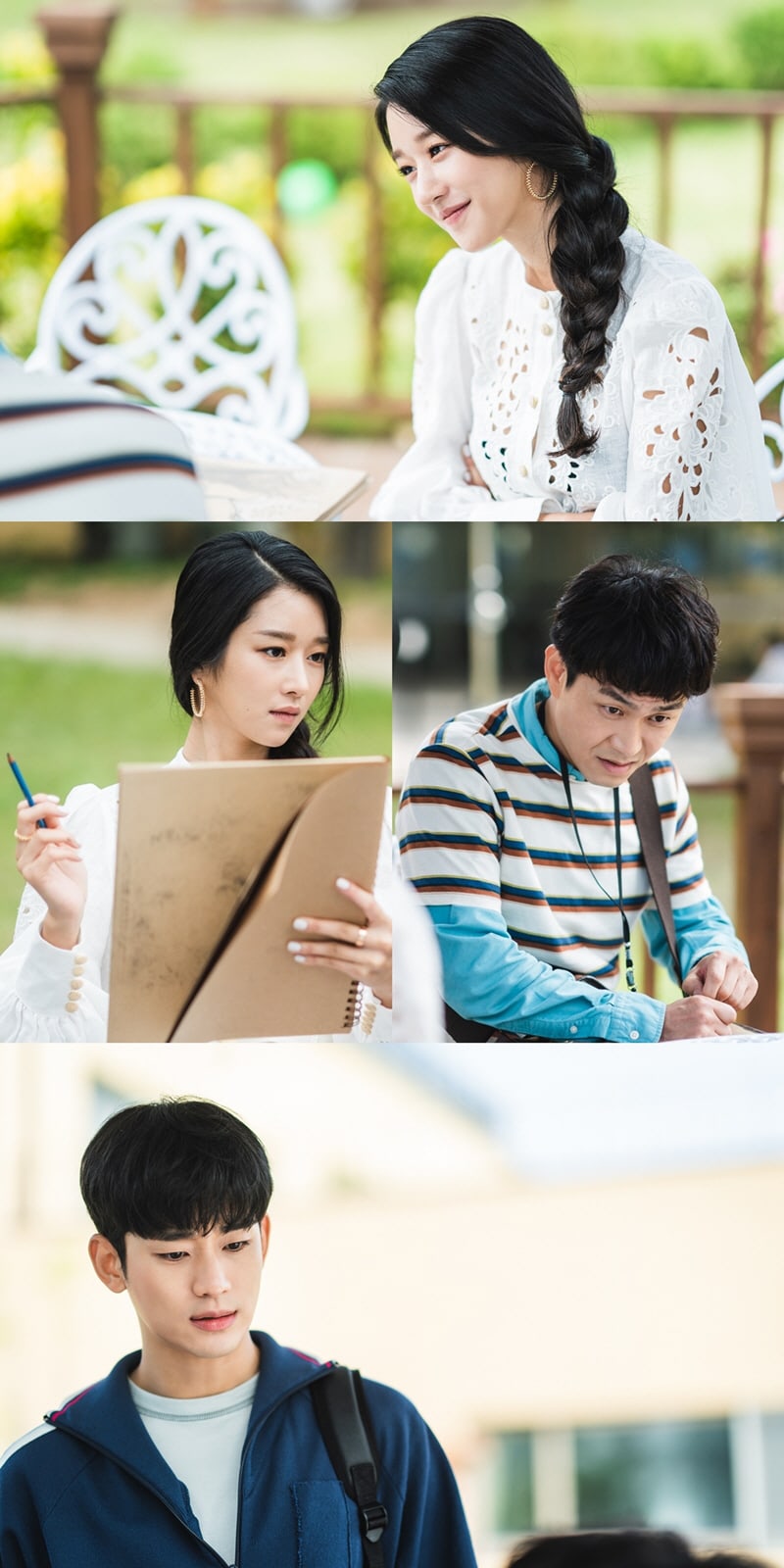 The production team commented, “Along with Moon Kang Tae, Moon Sang Tae, who is now decorating the walls with his drawings, and Go Moon Young, who came to be in charge of literature classes, are starting a new life at the psychiatric hospital. In the new episode, a situation will arise in which Moon Kang Tae and Go Moon Young must face their own troubles head-on. Please look forward to the gradual changes in their characters.”