Wonder Girls met up to congratulate Hyerim on her marriage!

On June 29, the last episode for the first season of MBC’s “Don’t Be Jealous” showed Hyerim’s daily life ahead of her marriage to taekwondo athlete Shin Min Chul in July.

That day, the Wonder Girls members met up for the first time in about three years for Hyerim’s bridal shower. Yubin, who recruited Hyerim into her agency rrr Entertainment, showed up first. 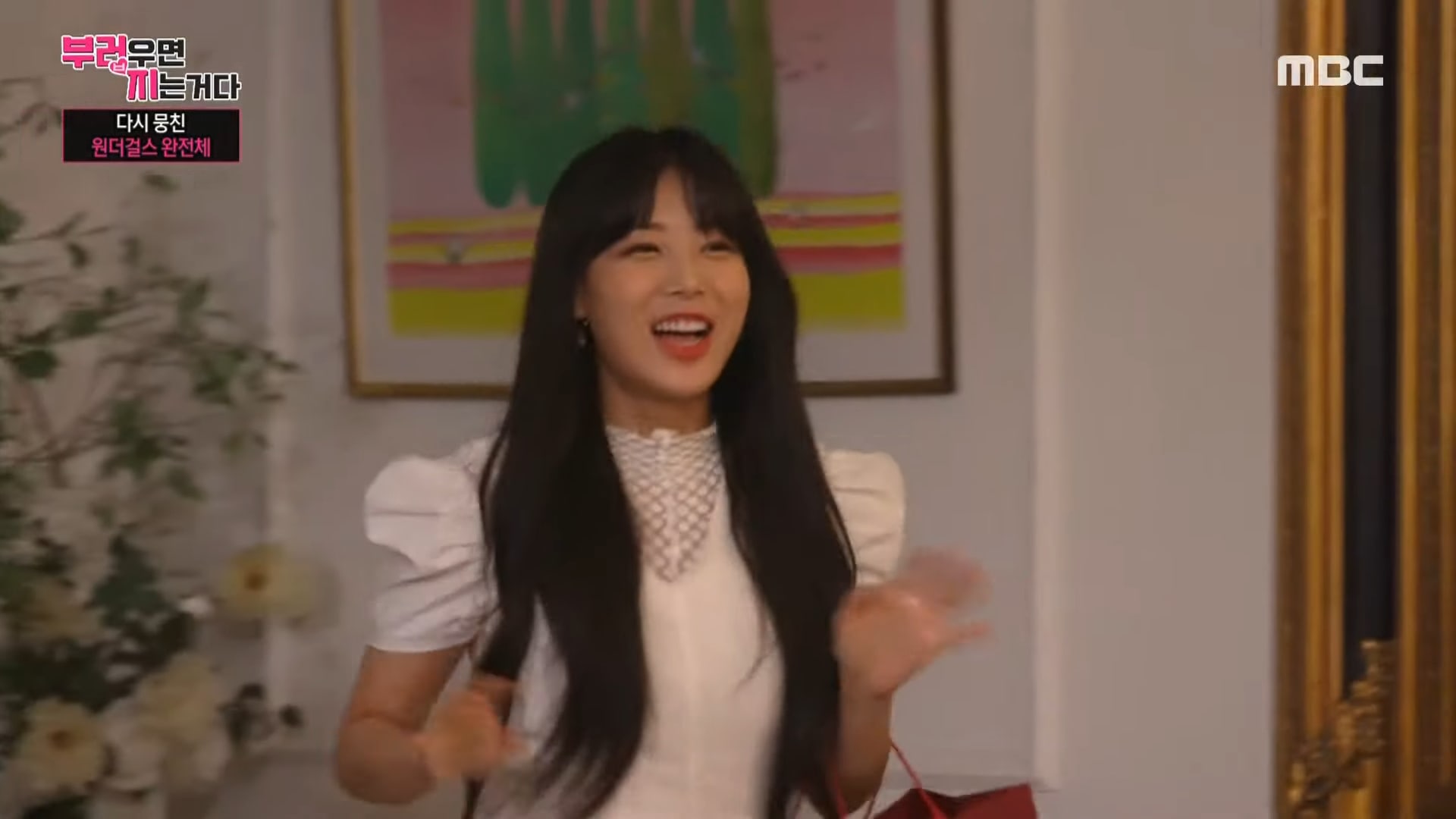 Next to arrive were Sunmi and Ahn So Hee, who all complimented Hyerim on how pretty she looked. 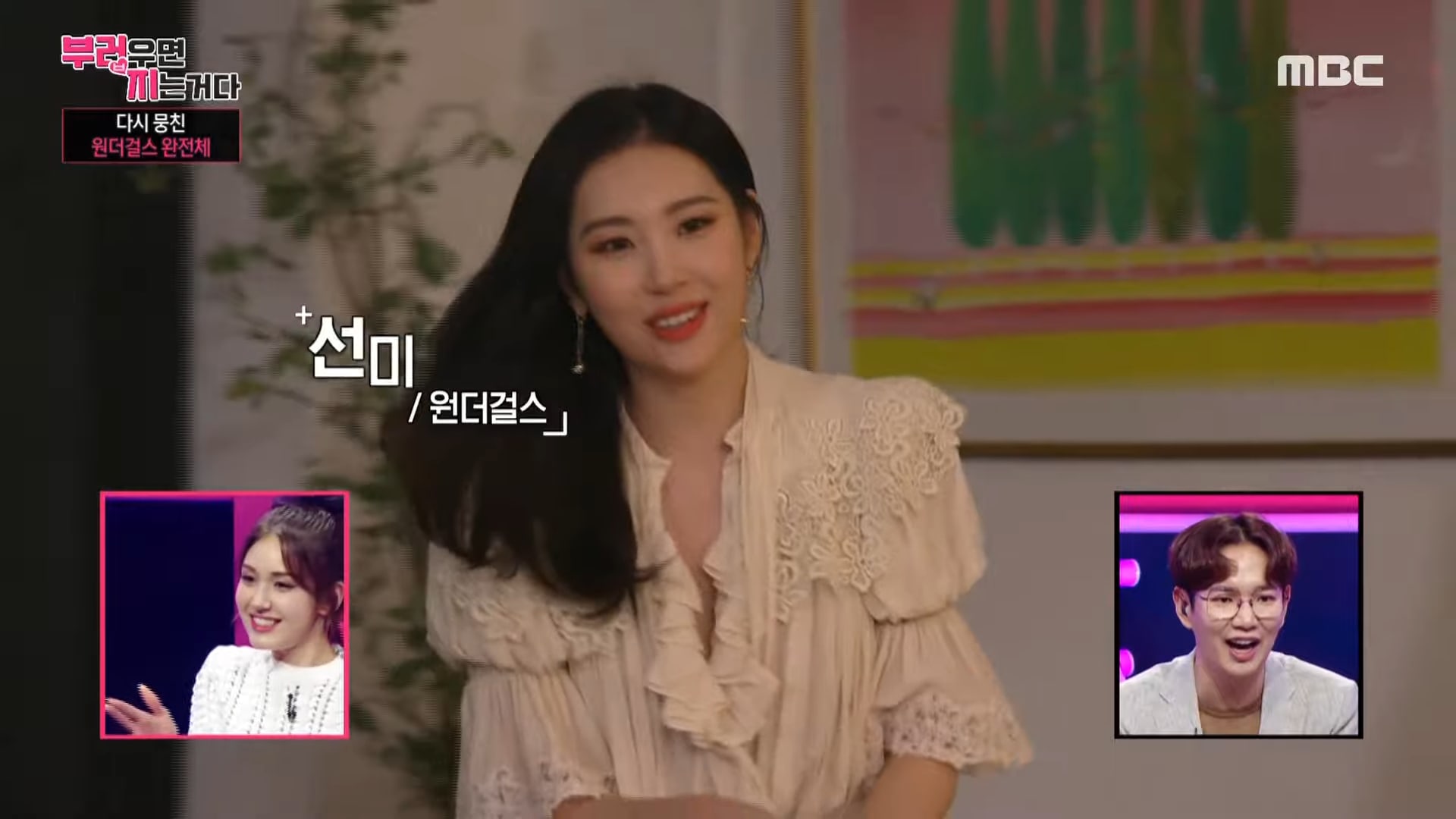 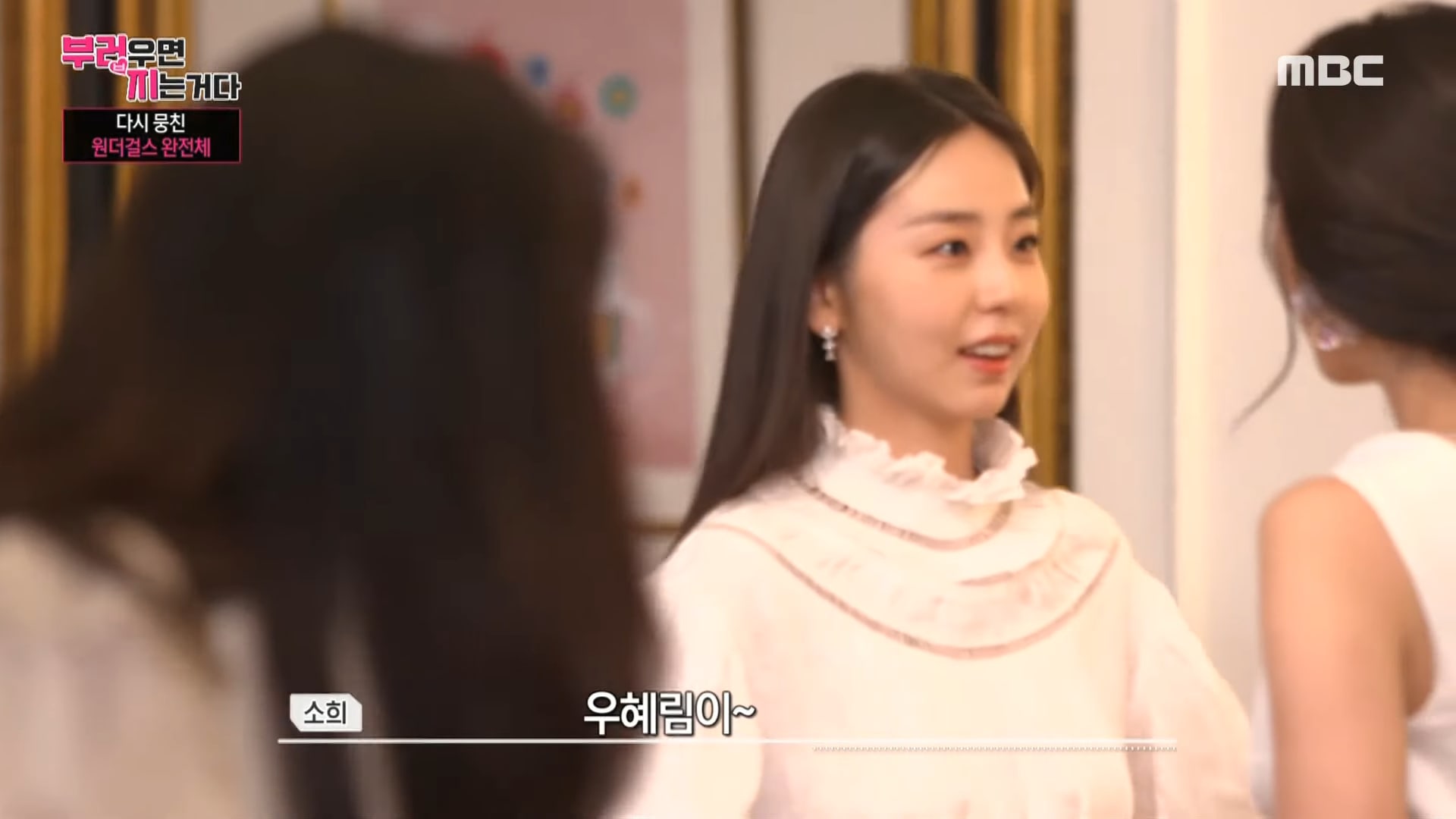 Meanwhile, HA:TFELT (Yeeun) could not make it due to her schedule and shared her congratulations over a video call, as did Sunye, who is living in Canada with her three children. 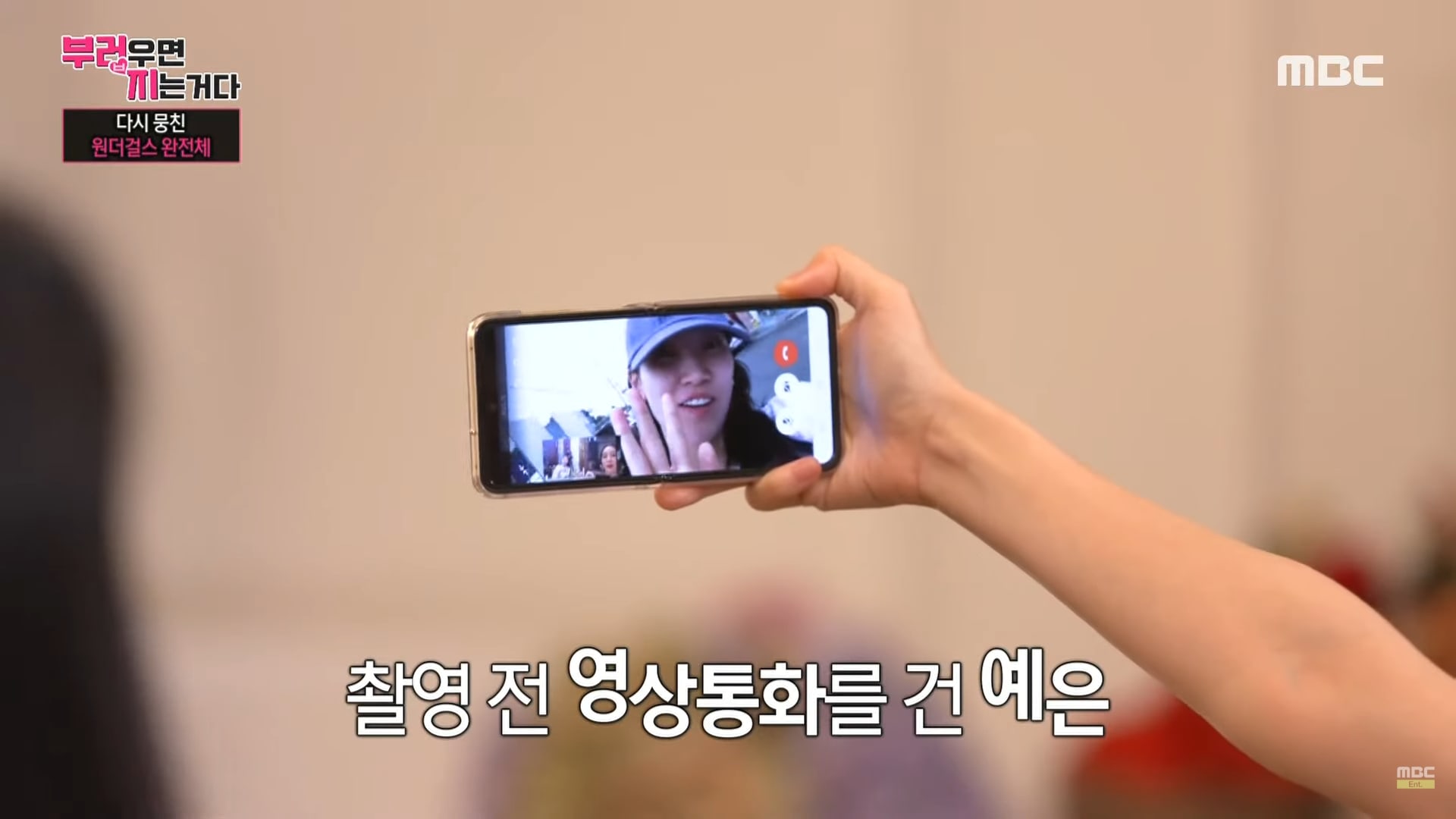 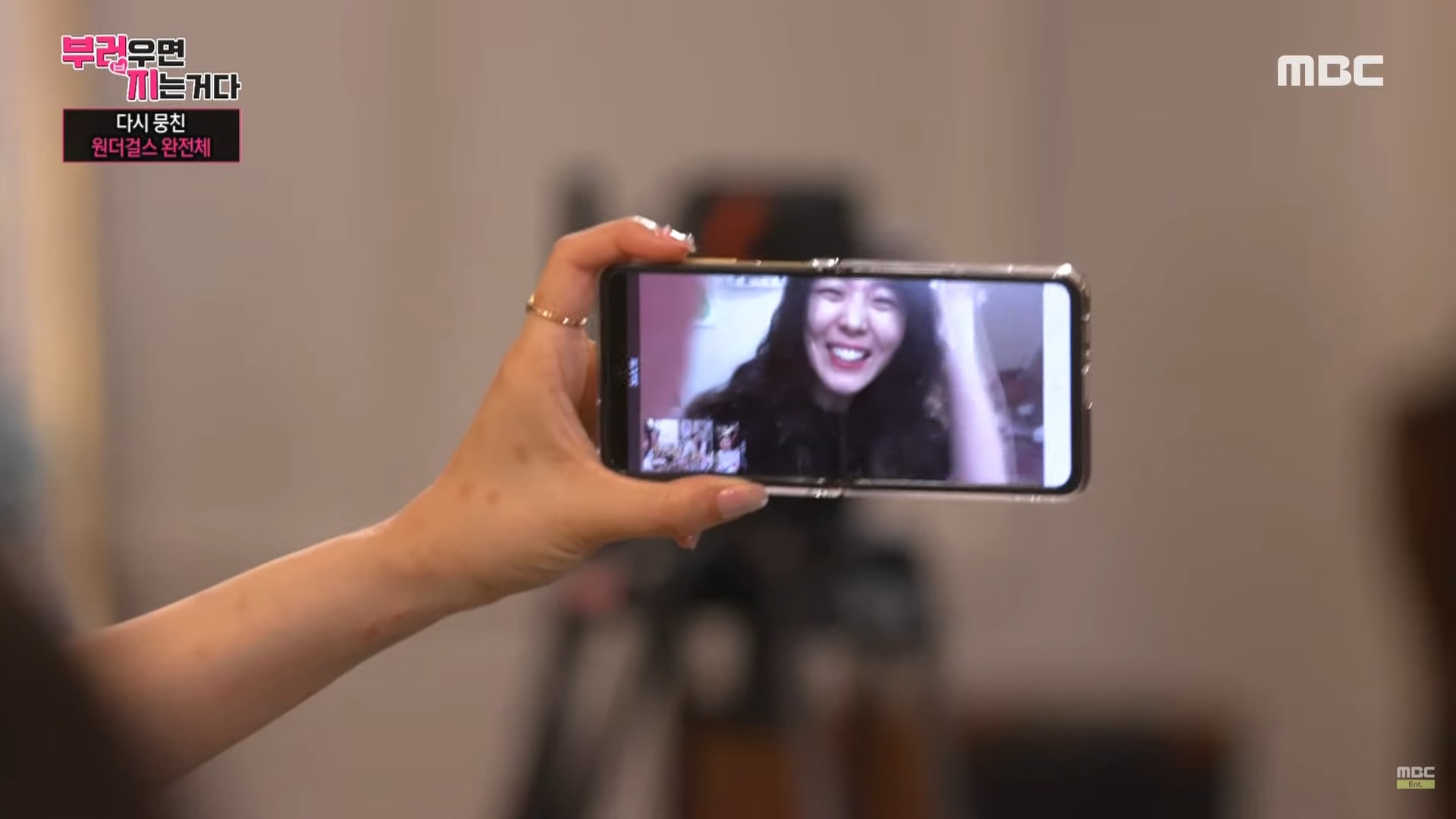 Over the phone, Sunye expressed her happiness at seeing Sunmi again. She said, “I saw Sunmi for the first time in a while because she held a concert in Toronto.”

Sunmi added, “Sunye, you know the fried rice and porridge you made for me during the time of the concert? It was so good.”

Ahn So Hee said to Sunye, “Let’s all hang out when you and your kids come to visit.” Hyerim agreed and said, “Come to Korea when COVID-19 ends.”

The girls then caught up on what they’ve been up to. Sunmi revealed that she was preparing for her first comeback in 10 months with the single “pporappippam.” Ahn So Hee shared that she is currently filming a drama.

Later, Sunye remarked that she knew that Hyerim would be the second member to get married. When asked about which member would get married next, Sunye paused for a moment and chose Ahn So Hee, which shocked the members.

Hyerim also asked Sunye about the advantages of marriage. Sunye joked, “Ask me about the bad parts. There are a lot.” She then said, “Marriage creates a sense of stability. You become more stable as you realize what it means for two people to become one. You learn as you go through each and every trying moment.”

Finally, the friends expressed their happiness to see one another and shared a toast over low-alcohol champagne to celebrate Hyerim’s marriage. 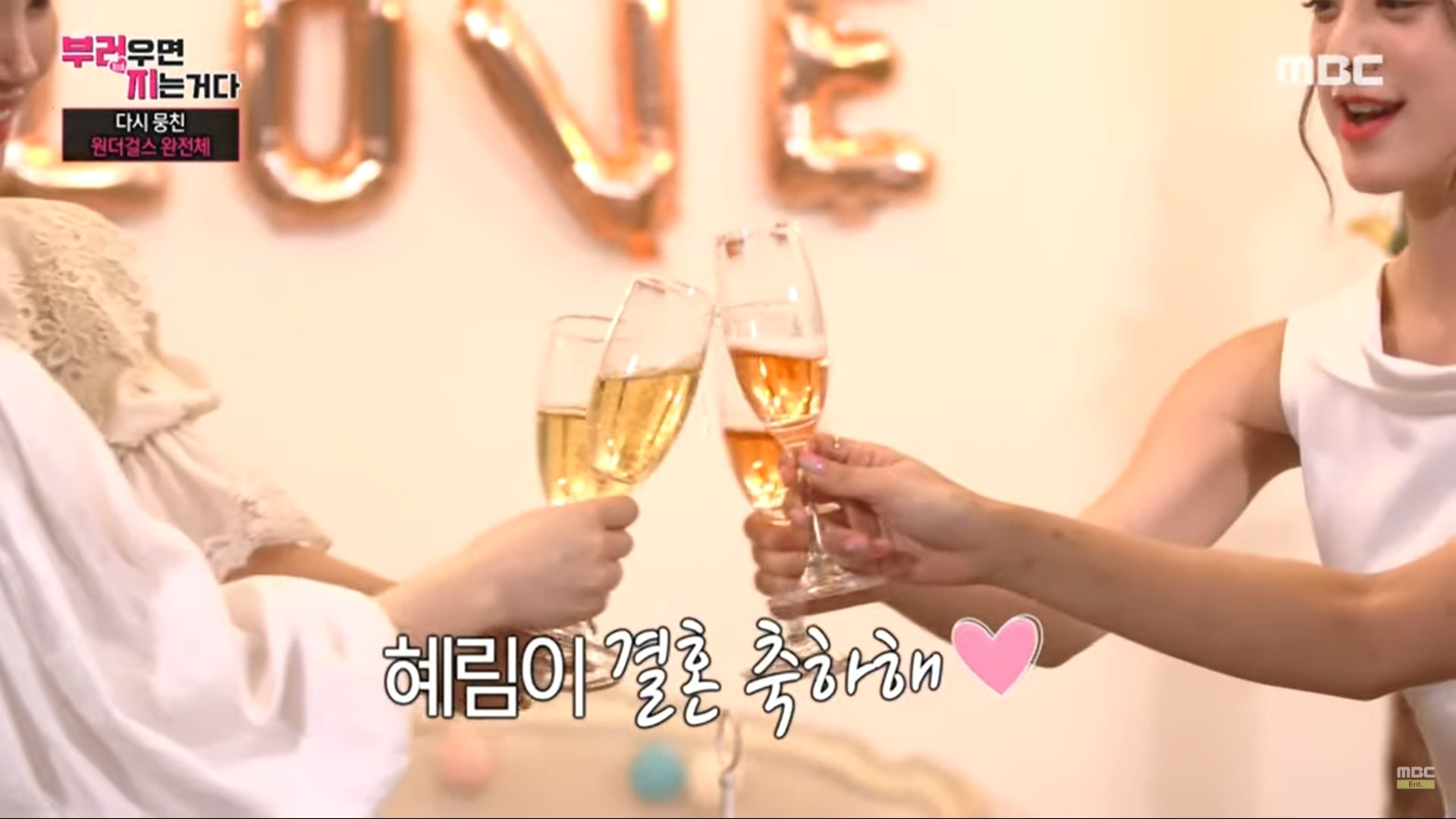 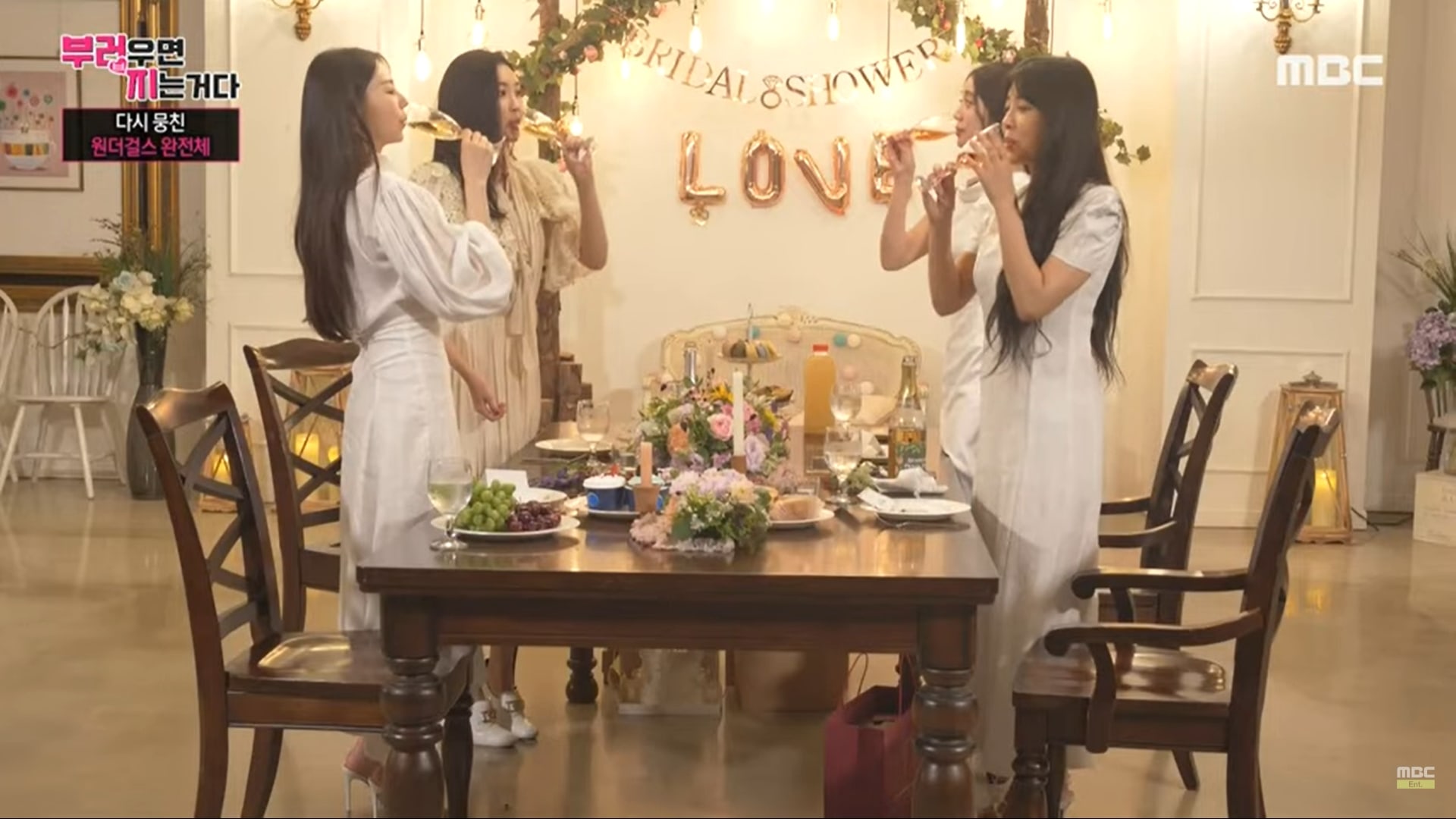 Watch the latest episode of “Don’t Be Jealous” below!