Chorong Talks About Apink’s Longevity, Whether She’d Ever Date Publicly, Her New Film, And More

On June 30, Apink’s Chorong sat down to talk about her new film, her group, and more!

Chorong will make her silver-screen debut in the upcoming film “Delinquent Family” (literal translation), which tells the story of a lonely student named Yu Ri (played by Chorong) whose only friend is music. An aspiring violinist, Yu Ri is friendly to everyone and has a warm heart, but her talent and beauty make her a target for her jealous classmates.

In her interview, Chorong shared her thoughts on approaching her 30s and wearing a school uniform for her film. She said, “I worried that it would feel strange or forced since there is a large age difference, but I didn’t concern myself too much about acting in a school uniform.”

She continued, “I thought to myself, ‘Focus on Yu Ri. A school uniform is just clothes anyway.’ That was before I turned 30 years old [in Korean reckoning]. After all, I did film it when I was 28.”

Chorong revealed that although she doesn’t think about her own age much, the people around her seem to talk about it a lot. She said, “Honestly, I got shocked when I turned 25 and my members made fun of me, saying that my age was half of 50. I felt like I got hurt by that, but not really. After that happened, it doesn’t affect me much.”

She added, “It’s natural to age as each year passes. I get by because the Apink members are young.” 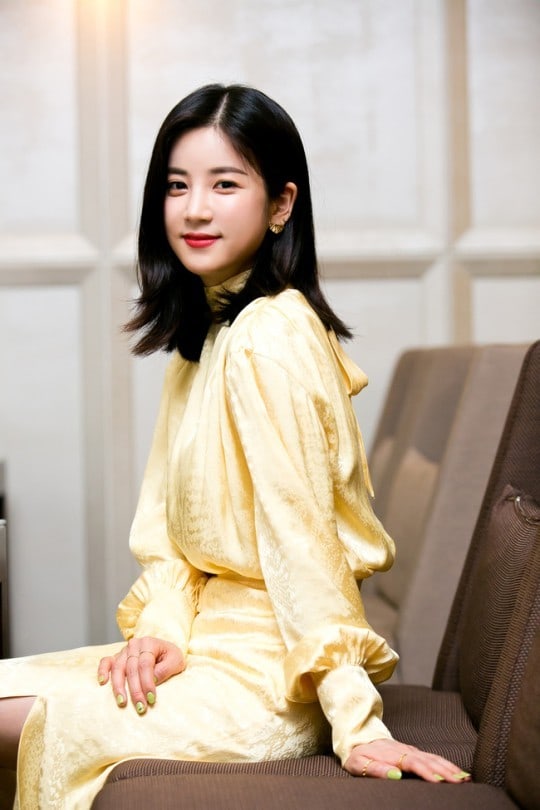 Chorong also mentioned that her stamina is better in her 30s than it was in her 20s. She shared, “Around my debut, I didn’t take care of my body. Being the leader at a young age, I didn’t know how to manage my stress, and my diet was irregular.”

Chorong continued, “My body was in really bad shape. I went to the hospital so frequently that our CEO nagged me about it.”

She said, “I started to take care of my body after thinking that I shouldn’t be like this as I’m working, so I started to diet for my health. After working hard to exercise consistently, I’m more energetic during practice. That happened as I paid more attention to my fitness as time went on. Now, I can dance really well.”

Later, Chorong responded to a claim that Apink fans suspect that Chorong can’t date publicly as the leader. She said, “That’s not true. If anything, the youngest in our group gets on the older members’ case about it. Hayoung says to us, ‘Even if you date, don’t get caught.’ She looks after us even when a member has a kiss scene.”

She continued to talk about Hayoung and said, “I tell her jokingly, ‘Hayoung, what’s wrong? I’m 30 years old,’ but Hayoung cares about that a lot. I think it’s because she knows our fans might get hurt because we communicate with them so much.”

Chorong then shared her stance on public dating. “The members would all have different opinions, but personally, if I end up dating, I would do it privately,” she said. “It’s good to date quietly. Wouldn’t it be good to do so if you’re not going to announce your marriage?”

She added, “It’s nice when you’re dating, but if there are articles on the breakup, I think I would be hurt.”

When jokingly asked if she speaks from her experience of dating privately, Chorong said, “I am very careful. I’m at the perfect age where I should be dating, but it was hard for me to actually do so.” 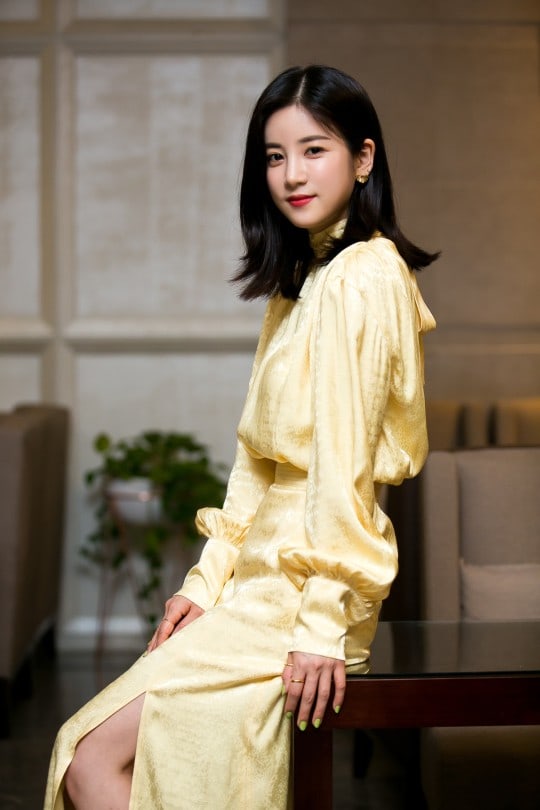 Chorong also responded to the recent differences in attitudes toward idols dating publicly. She said, “There are good things about it. Of course celebrities would need to consider their fans, so wouldn’t it be important to date nicely so that your fans won’t get hurt? Even if the relationship is revealed, there are fans who still support their favorite celebrities so that they won’t have their feelings hurt.”

Chorong talked about what her fans think. She revealed, “There are female fans who tell me, ‘Chorong, please date. I want you to be happy with the person you love. Your happiness is a priority,’ and there are fans who don’t like that. These are things I have to manage on my own.”

Next, Chorong expressed her gratitude to the Apink members for their tight-knit relationship and longevity as a group. The interviewer mentioned that Apink is a top girl group without a single rumor about not getting along and said that the members think it’s all thanks to Chorong’s leadership.

Chorong humbly responded, “I’m very thankful you put it that way. I think we’ve all gotten to this point with the same goal in mind. I’ve received a lot of help from them.”

She continued, “The members are usually the type to openly talk about what’s on their minds. It’s very healthy. In the beginning, that felt a bit difficult for me because I wasn’t exactly the same way, but as time went on, that became a great source of strength, and I’m thankful for it.”

Chorong added, “The members helped me out a lot on the things I struggled with as a leader.”

She also talked about where Apink is headed. “Since Apink has been active for a long time, we are slowly starting to do things we’ve wanted to do and trying our hand at new challenges. In that regard, the members are the biggest source of strength for each other. Of course, we also tell each other that we must continue promoting with Apink.”

Chorong commented, “Apink is what gave me the greatest strength to keep holding on for a long period of time, and it’s what will help me to do so in the future.” 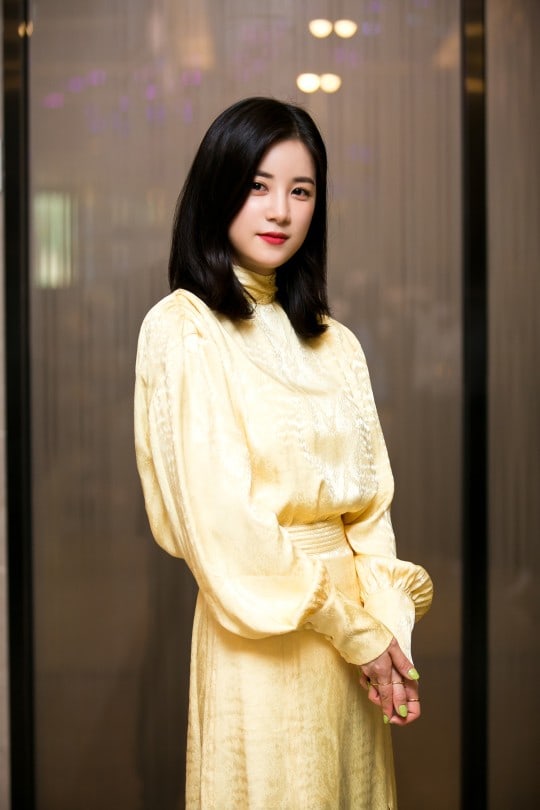 On the topic of her upcoming film, Chorong shared how her Apink members reacted after the screening for “Delinquent Family.” She said, “The members cheered me on a lot, and Hayoung made fun of me. She said that playing the violin really doesn’t fit me. She tried to help me feel less nervous by joking that my violin performance is awkward.”

Chorong said, “They told me so many supportive things. I think I really was able to feel less nervous after seeing my members. Everything felt unfamiliar when I was at the film screening alone, but once I saw my members, I felt more comfortable.”

As a final thought, Chorong revealed how Yoon Bomi reacted. Chorong said, “Rather than saying that I was similar to my character, Bomi said, ‘I thought you wouldn’t look good playing a dark role that’s quiet and heavy, but you fit your character a lot better than I thought.’ I think she was honest with me.”

Chorong’s film “Delinquent Family” premieres on July 9. Check out a poster for the film here!

In the meantime, watch Chorong in the web drama “Special Laws of Romance”!