On the June 30 episode of MBC every1’s “Video Star,” Jo Kwon showed off his pole dancing skills, talked about NU’EST’s Ren and SHINEE’s Onew, and more.

Known for his high energy or kkab, Jo Kwon revealed that he found someone who matches his energy. He said, “I thought that there wasn’t anyone who could, but there is—NU’EST’s Ren. He really surprised me.” Jo Kwon explained that he witnessed Ren’s kkab firsthand during their rehearsals for the musical “Jamie.”

The “Video Star” MCs got on the phone with Ren and asked him about his first impression of Jo Kwon. Ren said, “I heard that he was scary,” and told a story about meeting him in a waiting room with the musical actors of “Jamie.” Ren said, “He walked in so proudly, kind of like a Hollywood star.” He then revealed that Jo Kwon soon left the room with his manager to eat without speaking to anyone else, which made Jo Kwon and the MCs laugh.

Jo Kwon clarified, “I feel small when I’m promoting by myself rather than with a group, and I was actually really hungry.” He added that he left the room so that the other junior artists would not feel uncomfortable.

Ren ended things on a good note and said, “It’s such an honor to get to know you, Jo Kwon. Let’s keep our friendship and ‘bromance’ strong.”

Jo Kwon said, “I get along really well with Ren. Even yesterday, we talked over the phone until dawn.” At their rehearsal, Jo Kwon and Ren expressed their love for Lady Gaga and broke out into dance.

Jo Kwon also shared a clip he filmed of his daily life at home. He mentioned that he recently moved and revealed his home. 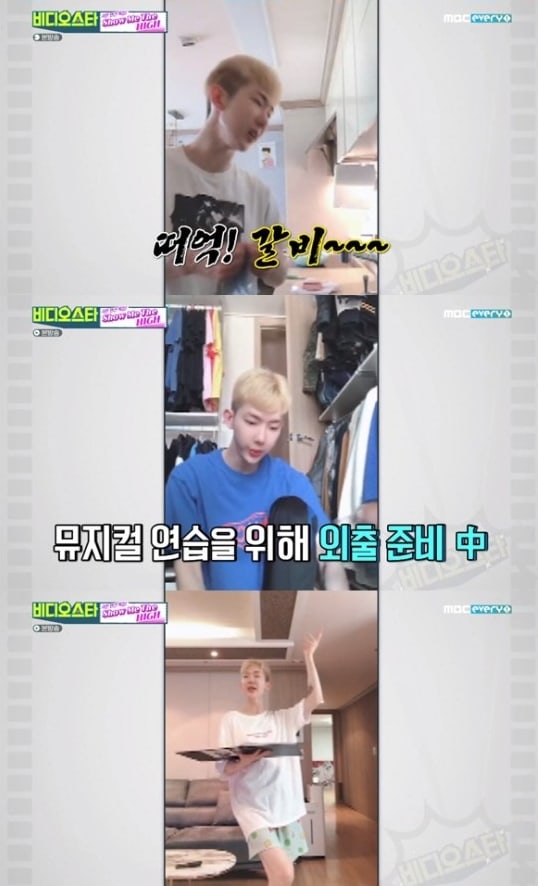 Jo Kwon then showed off his impressive high heel collection. 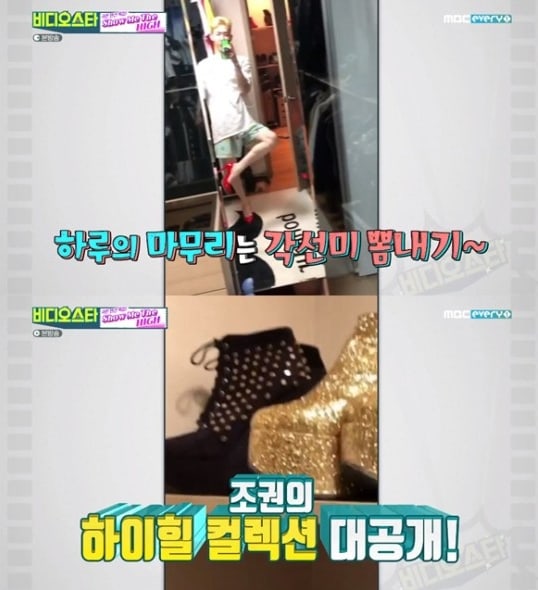 Jo Kwon mentioned that “Video Star” is a popular show in the military and sent a message to SHINee’s Onew, who served in the military with him before Jo Kwon was discharged. Jo Kwon revealed that Onew had asked for HyunA‘s autograph, and Jo Kwon sent him a video message, saying, “How’s military life? I sent you HyunA’s autograph to the unit in Gangwon Province. Be nice to the seniors, and stay healthy. Aren’t you jealous?

Finally, Jo Kwon amazed the panel with his pole dancing skills, improvising to Chungha‘s “Stay Tonight.” Watch his performance below!

NU'EST
SHINee
2AM
Onew
Jo Kwon
Ren
Video Star
How does this article make you feel?