Previously, misunderstandings between Kim Eun Hee’s mother and father Lee Jin Sook (Won Mi Kyung) and Kim Sang Shik (Jung Jin Young) were cleared up. However, wounds made over several years are not easily healed. When Kim Eun Hee’s sister Kim Eun Joo (Chu Ja Hyun) came across the secret of her birth, she began to distance herself from her family. At the same time, Kim Eun Hee and Park Chan Hyuk are beginning to recognize their feelings for each other.

The newly released stills capture a heart-fluttering moment between Kim Eun Hee and Park Chan Hyuk when he comes to meet her outside her workplace. Kim Eun Hee looks pleasantly surprised to see him, greeting him with a bright smile. Park Chan Hyuk’s eyes are full of warmth as he looks down at her. After greeting each other, the longtime friends walk side by side, lost in conversation. 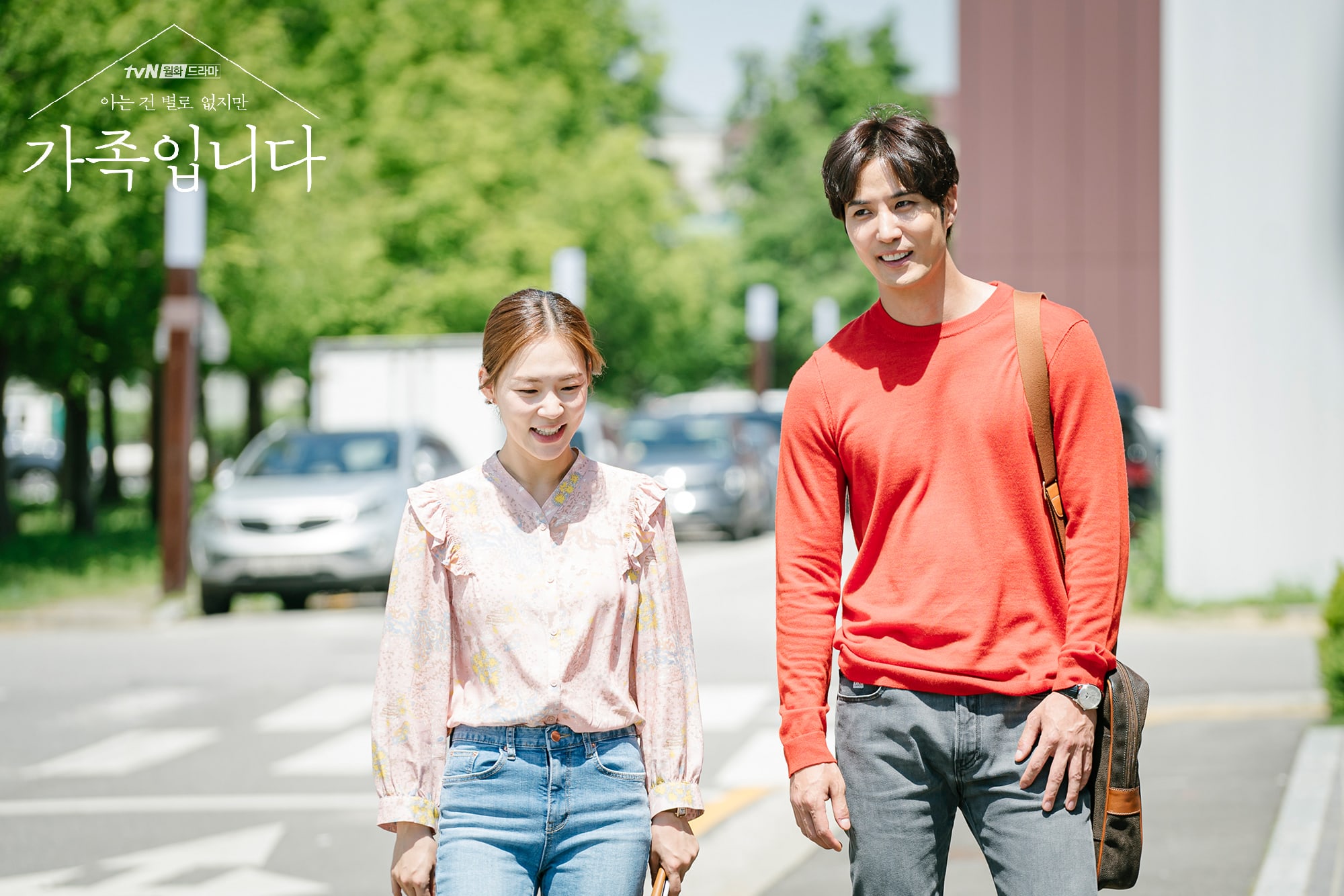 At the end of the previous episode, he approached her as he thought to himself, “You call it a memory, and yet why am I only beginning now?” Viewers are wondering whether or not the pair will finally be able to turn their friendship into something more.

The production team advised viewers to pay attention to how Kim Eun Hee’s and Park Chan Hyuk’s feelings will change. “Keep an eye out for how Park Chan Hyuk will get closer to Kim Eun Hee just as she regains control of her own feelings for him,” they commented. “There will also be a sudden change in the family’s relationship after they face the truth. There are still truths that have not yet been revealed. Keep watching to find out how the five family members will overcome their misunderstandings and heal their wounds.”

The next episode of “My Unfamiliar Family” airs on July 6 at 9 p.m. KST.